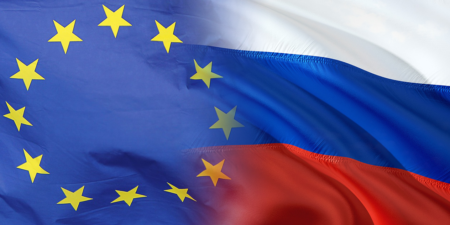 This article was originally published by the Polish Institute of International Affairs (PISM) on 23 October 2019.

Since the Russian aggression in Ukraine, relations between the European Union and the Russian Federation have been at an impasse. The EU has limited cooperation with Russia to the principle of selective engagement. This model lacks precise definition and is not conditional on changes in Russian politics, so may weaken the EU’s external policy and threaten the bloc’s security.

The Principle of Selective Engagement.

In response to Russian destabilisation of Ukraine and hybrid activities in the global arena, the European Union has introduced a number of sanctions against Russia, both economic and personal. In March 2016, Member States and the High Representative of the Union for Foreign Affairs and Security Policy agreed on five principles of EU policy towards Russia: full implementation of the Minsk Agreements as a condition for lifting economic sanctions, strengthening relations with the EU’s eastern neighbours, increasing the EU’s resilience to Russian threats, selective engagement on foreign policy issues, and support for Russian civil society. Selective engagement was based on cooperation with Russia on issues which were in the EU’s shared interests. This concept was not specified, but indicated, among other things, the fight against terrorism and illegal migration, combating climate change, maintaining the agreement with Iran (JCPOA), and coordinating policies on the Middle East. However, cooperation in these areas has been negligible so far. Often, Russia’s actions, such as its growing involvement in the Middle East, did not coincide with EU interests. In this region, the Russian Federation now competes with the Member States for influence in diplomatic relations, the arms industry, the energy sector and the extraction of minerals. In addition, Russian military operations in Syria (such as the bombing of Aleppo in November and December 2016) influenced the influx of refugees from that country into the EU.

These proposals go beyond the areas originally agreed under the five basic principles of EU policy towards Russia. The signs are that the EU is making efforts to intensify cooperation with Russia, despite the limitations of changes in social policy there. They complement the German concept of Neue Ostpolitik (a strategy combining sanctions and dialogue), the efforts of French President Emmanuel Macron to assess relations with Russia, Italian and Hungarian proposals to lift sanctions against Russia, and the Austrian proposition to deepen the EU’s economic strategy with the Russian Federation. For these countries, Russia appears to be a partner with positive prospects in a time of increasing transatlantic tensions (for example, between the United States on one side, and France and Germany on the other) and an alternative to China’s growing position in the EU. They also count on making economic gains from their companies’ potential expansion into the Russian market.

The proposals of the EU representation in Russia pose a risk to the EU and its Member States, as they relate to sensitive issues from the point of view of European security and cover areas in which the EU as a whole does not necessarily have an interest in cooperation with the Russian Federation.

Cooperation in the digital sphere, including issues of artificial intelligence, involves, among other things, data processing and protection. Russia cannot be considered a reliable partner in this respect. The Russian authorities are accused by European services of inspiring hacker attacks (including on the EU representation in Moscow in 2017). In addition, they repeatedly used private entities (such as the manufacturer of Kaspersky anti-virus software) for espionage purposes. The Russian Federation’s technological development in the digital sphere is to serve the creation of a Russian Internet (Runet), over which the authorities would have control. Technologies acquired during cooperation with the EU would therefore be used to further limit the rights and freedoms of Russian society, which is in contradiction with one of the principles of EU policy towards Russia, as adopted by the Member States. Cooperation with Russia in the digital sphere also has little economic justification. The Russian artificial intelligence and robotics markets account for less than 1% of the global total. In the case of 5G networks, it is estimated that this technology will not be able to go beyond the testing phase and reach beyond Russia’s major cities until 2025. Although the Swedish company Ericsson has already carried out the first 5G tests in Moscow, the Russian authorities emphasise cooperation with China in this area. The signing of an agreement between the Russian MTS and Chinese Huawei in the field of 5G and the Internet of Things was accompanied by a meeting of the leaders of both countries, Vladimir Putin and Xi Jinping.

The Arctic is also an area that carries risks for the security and interests of the EU. In the North Sea Route, Russia is already dominating militarily and technologically (for example, it is the only state to date to operate a fleet of nuclear icebreakers). The Russian authorities assume that they will maintain this dominance for the next 15 years, which would allow Russia to control Arctic trade routes potentially put pressure on other countries using them. However, Russia needs investment in the extraction of raw materials in this region and the improvement of transport infrastructure. It seeks to obtain these through cooperation with EU countries. The French government has granted a loan to finance the Arctic LNG-2 construction project, despite the fact that Russian Novatek, which owns 60% of the project shares (10% is owned by French Total, 30% by Chinese and Japanese companies), is subject to EU sanctions. The participation of Chinese companies in this project means that, with the support of EU countries, China is increasing its presence in the Arctic region.

The involvement of the EU in cooperation with the Eurasian Economic Union (EEU), an organisation dominated by Russia, is associated with the risk of weakening contacts between the EU and the Eastern Partnership (EaP) countries. Therefore this would contradict one of the five principles adopted by the Member States. The EU can now pursue its interests towards members of the EEU on a bilateral basis. Deepening cooperation with the EEU as an organisation would strengthen Russia’s influence on countries in the region. One example of this was in 2013, when the Russian authorities prevented Armenia from signing an Association Agreement with the EU, forcing integration with the EEU instead.

The new proposals from the delegation of the European Union to Russia would strengthen the Russian authorities’ position, as the EU does not attach high importance to conditionality. This suggests that the EU is willing to accept the current policy of the Russian Federation, in exchange for promises of profits for European companies. Russia hopes that deepening economic cooperation with the largest Member States will change the EU position on sanctions. This would mean reducing the principle of selective engagement in favour of principles selected by Russia, encouraging the Russian authorities to continue aggressive policies that are incompatible with international law. It would also limit the effectiveness of the EU’s policy of conditionality towards the EaP countries, which can count on greater EU support only if progress in internal reforms is made.

All EU Member States were not consulted on proposals for selective engagement in cooperation with Russia. As they go beyond areas on which the EU countries agreed in 2016, and relate to security-sensitive spheres, they probably won’t get the approval of all the bloc’s members. Thus, promoting these proposals may deepen divisions within the EU regarding policy towards Eastern Europe.

Further proposals depend upon the approval of the new European Commission, which will open the way for a review of cooperation with Russia. For the EU, it would be worth developing a detailed catalogue of areas in which such cooperation could be implemented without risking European security. These areas should be agreed jointly by the Member States. It should be also taken into account that selective cooperation with Russia may indirectly strengthen China’s position.