For UN, a Widening Gap Between Rhetoric and Reality 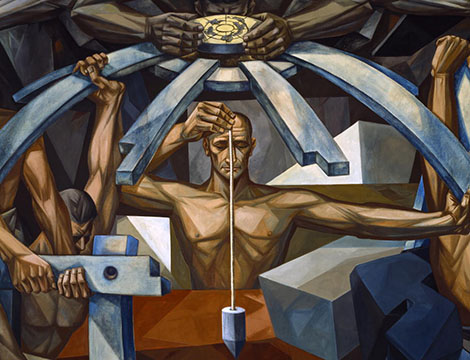 In some ways, these controversies are thoroughly unremarkable. The UN is, after all, a club of sovereign states. Its Secretariat, and its funds and programs, are there to serve the wishes of, and are accountable to, these member states. In that context we might expect back and forth between states and UN officials about reports, terminologies, and judgments. That, after all, is the regular business of politics. New York houses 193 permanent missions whose job, let us not forget, is to serve the interests and whims of their own government, not the lofty ideals of the UN Charter. That is very much a secondary consideration for most member states.

These controversies might even be seen as signs of the system’s underlying health. On the one hand, it shows that member states care about what the UN—and other members of the international community—think about them. The organization is not, then, just the idle talking shop its critics claim it to be. Its reports, language, and terminology are sufficiently consequential—even if only in reputational terms—that member states will go to great lengths to influence them, even at the risk of embarrassing themselves in the process.

On the other hand, it shows that in an increasingly globalized world, the UN’s remit is widening and deepening. Systemic reports on violations of children’s rights in armed conflict are a new thing; the UN’s role in Myanmar is also relatively nascent and expanding; its humanitarian operation inside Syria is unprecedented for enjoying a mandate to cross an international boundary without host state consent. As the international community takes on more responsibility for human security and human protection, it will inevitably reach into areas that some states are uncomfortable with. Given its widening and deepening mandates, one might think that if the UN is not running into these sorts of controversies it is probably not doing its job properly.

Beyond that, though, these political games reveal some deeply disturbing trends that do not bode well for the future. In particular, there is a widening gap between the commitments and mandates established by member states and their actual practice. Confronted by evidence that their actions are not in accordance with their obligations, states are preferring to shoot the messenger rather than change their own course. And they are getting away with it. Australia is “committed” to the climate change goals of UNESCO but not when it comes to open reporting of the situation in the Great Barrier Reef; Syria is a party to the core conventions of international humanitarian law and is bound by Security Council resolutions yet refuses to grant even basic access without monetary and other concessions; Saudi Arabia, too, is bound by international law and Security Council decisions yet prefers to squash reports showing compelling evidence that it is violating its legal obligations; the same is true of Myanmar and Morocco.

But the problem goes much wider than this. The Saudi coalition is backed by three permanent members of the Security Council—the same members that mandated the naming and shaming of armed groups that violate the rights of children in armed conflict. Yet none of these permanent members have denounced Saudi Arabia’s clear attempt to subvert the will of the Council. Nor has any other state, or group of states, offered backing to the UN, for example, by offering to cover financial shortfalls should the Saudis withdraw funding. Meanwhile, the Syrian government is backed both militarily and politically by one permanent member and politically by a second. Again, neither of these have denounced the regime’s all too obvious violation of demands that they themselves have issued through the Security Council. Not only, therefore, is there a growing gap between what states say and what they do, there is an increasingly obvious reluctance to hold states to their commitments.

Left unattended, the gap between rhetoric and reality will be filled with cynicism, leading to a loss of legitimacy and credibility. In addressing accusations of the UN’s failures, former Secretary-General Dag Hammarskjold once famously asked: “Do we refer to the purposes of the Charter? They are expressions of universally shared ideals which cannot fail us, though we, alas, often fail them. Or do we think of the institutions of the United Nations? They are our tools. We fashioned them. We use them. It is our responsibility to remedy any flaws there may be in them…”

The UN is the creation of member states and its fate lies, ultimately, in their hands. It is for these member states themselves to decide whether or not their words and commitments carry credibility, and whether they really mean it when they say that they want to protect children in armed conflict, deliver humanitarian aid to Syria, or recognize the Rohingya in Myanmar. But if they want to avoid the looming crisis of credibility, these states will need to do more to close the gap between what they say and what they do when it comes to international peace and security.

Alex J Bellamy is Professor of Peace and Conflict Studies at The University of Queensland and Director of the Asia Pacific Centre for the Responsibility to Protect. He is also a Non-resident Senior Adviser at the International Peace Institute. @Alex_J_Bellamy