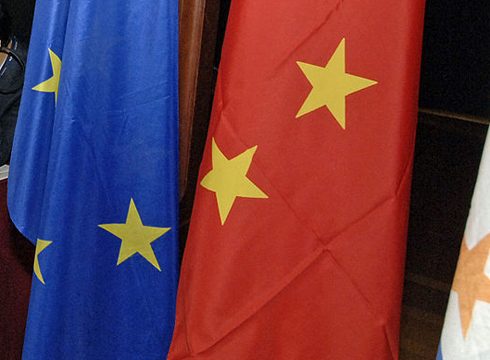 Attending conferences in Europe and the United States over the past three years, I have been struck by the increasing Western preoccupation with Asia’s rise, the growing influence of the rising powers of Asia, and the challenge they pose to Western values and norms governing international institutions. There is resistance to the idea that the rise of these powers will lead to changes in the decision-making practices of institutions such as the United Nations Security Council, the International Monetary Fund, the World Bank, and the World Trade Organization.

Although it is recognized that China, for example, should have a greater stake in international decision-making, the approach has been to ask whether China will abide by the rules set by the US and Europe after World War II. Europeans are particularly concerned about the decline of their influence and the norms and values that are espoused by them in global diplomacy as Asian powers seek a larger role in global affairs and assert their values.

Europe has therefore been mounting a rearguard action to delay the redistribution of power in major international organizations. The European Union (EU) is no doubt gratified that it has won the Nobel Peace Prize this year in recognition of its success in building a unified and peaceful continent over the past 60 years. But the award commemorates Europe’s past achievements and is not a guide to Europe’s influence over future global trends.

Given the relative decline of Europe in the global power balance, the issue which should be raised is whether there should just be a single seat for the EU in the Security Council, now that the EU has a common security and foreign policy. However, the United Kingdom and France value their Security Council membership and exclusive veto rights and are reluctant to support German aspirations for a permanent seat in the Council. The desire to protect existing privileges is not unique to the Europeans. China, which is a permanent member of the Security Council, supports the status quo and has not been in favor of permanent seats for Japan and India – even without a veto.

On the other hand, at the IMF, China seeks an expanded voting share commensurate with its emergence as the second largest global economy. Germany, the UK, and France each have larger voting shares than China, as do the Netherlands and Belgium combined. With a voting share (or quota) of 16.75 percent, the US retains an effective veto over important IMF decisions, which require 85 percent support. With its 32 percent combined voting share, the EU has a similar veto.

In the years ahead, Asian states will push for a change to the current practice where a European is elected as the managing director of the IMF while an American is elected as president of the World Bank. But the next battle at the IMF is likely to be a debate over reallocation of seats on the IMF executive board, currently dominated by Europe with 9 seats out of 24. The slow process of adjustment reflects the unwillingness of states long dominant in global affairs to accept the need for rebalancing in major institutions of global governance as there is a shift in global power away from Europe to Asia.

While lip service is paid to the principle of representation the rules are bent when they are deemed to undermine existing influence. Smaller states with lower quotas like the Benelux and Nordic countries are likely to resist the loss of executive board membership and with it the right to shape the policies of the IMF.

Although there has been a shift in the global balance of economic power the IMF and other global institutions do not reflect this change. The US is now the world’s largest debtor, the Eurozone is mired in financial and economic crises while China holds the largest foreign reserves. These developments should have led to the restructuring of institutions like the IMF and the World Bank but progress has been slow.

It is inconceivable that we will see a reprise in Europe of the January 1998 scene when President Suharto of Indonesia signed the memorandum of agreement between Indonesia and the IMF accepting the IMF’s structural adjustments package, with the IMF Managing Director Michel Camdessus peering down at him with folded arms!

The trend toward European over-representation and protection of its existing position is seen even in the WTO. Since its inception in 1994, two Europeans have headed it, one Asian, and no American. Because trade policy is handled by the European Commission, it has effectively pushed broader European interests. Similarly, the launch of a new round of WTO negotiations in the 1990s was delayed by EU inclusion of ‘new’ issues such as investment, competition policy, the environment, and core labor standards, for which there was no appetite amongst most members, especially Asia’s rising powers.

The EU placed this and other ‘new’ issues on the WTO negotiating agenda to deflect attention away from agriculture, which was originally intended to be the centerpiece of the next round of trade negotiations. The delay was critical as it became impossible to conclude binding agreements. The failure to conclude the Doha Round has given rise in the last decade to negotiations for a spate of free trade agreements (FTAs).

While there is at present a stronger commitment to global institutions in Europe compared to Asia, as these institutions slowly change to accommodate the emergence of new powers, European voters are likely to turn away from them. Europe will not be able to slow Asia’s rise. When Asian states become more influential, these institutions will be molded in an Asian image, just as the past century had seen a strong European and American influence when international rules were created.

As a trading nation positioned in the center of the Asia-Pacific, it is in Singapore’s interest to have an international trading and financial system that is equitable and open and which reflects the contemporary balance in the globalized world.

This piece was originally published in the PacNet Newsletter #65, from ISN partner, Pacific Forum CSIS.

After the China-EU Summit

The EU and China: Time for a Change?