A Ripe Moment for Change at the UN? 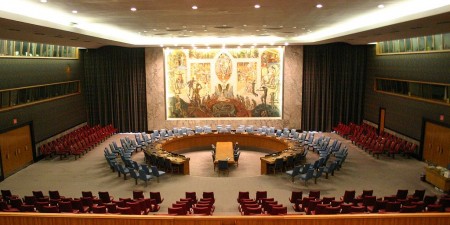 The purpose of this short article is to focus on the common themes arising from these reviews that, over the past few months, have generated robust debate among member states or have resonated with the UN Secretary-General as reflected in some of his follow on reports and statements. The recent work by the Norwegian Institute for International Affairs (NUPI), among other studies, has offered a more comprehensive analysis of the synergies and areas of convergence among the three reports.

The first is that the UN can no longer continue to address interconnected global problems in separate structural silos. This came through most clearly in the report of the Advisory Group of Experts (AGE) on the 2015 review of UN Peacebuilding Architecture. “Unless we succeed in breaking the silos within our governments, between the UN principal organs, and between and within the UN Secretariat, agencies, funds and programmes, we will fail the peoples that we are mandated to serve.”

The 2030 Agenda has been hailed as making the most compelling case for integrating the three foundational pillars on which UN work rested—peace and security, development, and human rights—without which the sustainable development goals will not be achieved. “The 2030 Agenda,” the UN Secretary-General reminds us in a recent statement to the Security Council, “calls on us to move from silos to synergy, to move from fragmentation to partnership. The United Nations system must pool its strengths to bring strong analysis to the Security Council and Peacebuilding Commission.”

A second common message arising in particular from the HIPPO report and the global study on SCR1325 is a concern about the increase in resorting to Chapter VII of the UN Charter and to militarized responses to address violent conflicts, particularly in situations where there is no peace to keep. United Nations peacekeeping is “a tool to advance political, not military solutions to conflict,” Deputy Secretary-General Jan Eliasson

Third, all three reports have called for a renewed focus on prevention. Our crisis management responses to current and emerging threats to peace and security all attest to our collective failure to prevent conflict earlier on by addressing the political, governance, development, and leadership failures that drive and sustain violence. Conflict prevention and peacebuilding should not be viewed as post-conflict activities only—it should occur before, during, and after conflict.

“Prevention is not something to be turned on and off,” the UN Secretary-General said during the opening of the Council’s first high-level debate on security, development and the root causes of conflict. “It should instead be an integral part of United Nations action in all contexts.” While development that left people behind sowed the seeds of violence, well-targeted assistance could address risk factors, such as inequality and marginalization, at the most critical moments.

Finally, all three reports advocate the use of the term “sustaining peace” as a substitute for “peacebuilding.” The “sustaining peace” concept frees the peacebuilding enterprise from the short-term horizons that constrain it, particularly when it is conducted as part of a peace operation, which tends to treat the building of peace as a conflict management tool with few predictable resources to ensure its sustainability beyond the lifetime of the mission. More importantly, the sustaining peace framework allows peacebuilders time and space to identify, engage, and support local actors and national structures that would strengthen and solidify peace.

Member states have been busy discussing how best to take these common themes and related recommendations forward. The Security Council has already organized several open debates late in 2015 and earlier this year, and the General Assembly, after an initial discussion by its Special Committee on Peacekeeping, is planning a high-level thematic debate May 10th and 11th to provide member states and others with a platform to discuss the way forward. On the issue of breaking the silos and leveraging synergies, the Security Council on November 25, 2015, following an open debate, issued a presidential statement in which it encouraged “coherence, synergies and complementarities among the ongoing reviews of the United Nations peace and security architecture, and reiterates the importance of cooperation between all relevant United Nations organs to further consider these reviews, as appropriate and in accordance with established procedures and in compliance with their respective purview.”

Discussions among member states on the importance of closer cooperation between the security and development pillars for conflict prevention and sustaining peace predated the publication of the three peace and security reviews and was the subject of intense debate during the January 19, 2015 Security Council open meeting on inclusive development for the maintenance of international peace and security. In a presidential statement following that debate, the Security Council, after reaffirming the principle that preventing conflict and sustaining peace is the primary responsibility of member states and national governments, encouraged member states “to consider developing a UN common approach to inclusive development as a key for preventing conflict and enabling long-term stability and sustainable peace. The Council highlights in this regard the importance of identifying and addressing social, economic, political, cultural and religious exclusion, intolerance, as well as violent extremism, which can be conducive to terrorism, as drivers of conflict.”

With respect to a closer cooperation between the Security Council and the Economic and Social Council (ECOSOC), the Security Council in the same statement highlighted the contribution that ECOSOC “can make in addressing economic, social, cultural and humanitarian issues, and underlines the importance of close cooperation in accordance with Article 65 of the Charter of the United Nations.”

During yet another Security Council open debate on the future of peace operations last month on the AGE 2015 Review of the Peacebuilding Architecture, Egypt, Spain and Ukraine, in a joint statement, had this to say on prevention and the need to breakdown silos:

“Times of crisis and outbreaks of violence are often symptoms of existing tensions between and within countries. Therefore, we believe that prevention is a central component of sustainable and durable peace. Enabling countries to put in place effective and inclusive national and local mechanisms and institutions that can address the socio-economic and political root causes and drivers of violent conflict must become a priority for the UN system. These include issues related to the promotion and protection of human rights and of a prominent role for women in all stages of peace consolidation. We, thus, need to ensure that the three reviews before us would result in specific actions to establish a more coherent UN system oriented towards preventing conflict at the source.”

It should be stressed that these views are far from universal. Powerful voices among the membership raised concern regarding the possible “securitization” of the development agenda if the Security Council were to push the nexus between security and development too far. Development, they argued, belonged to ECOSOC. What was needed was cooperation among the three pillars, not integration. So while emerging consensus on some synergies is palpable, it’s still fragile, as attested by the frequent references some member states made to the differing, albeit complementary, responsibilities of the various organs that constitute the UN peace and security architecture.

Established institutions tend to take their continued relevance for granted and see the world as it has been. They have difficulties articulating a vision for the future, and by nature resist the creation of new structures to meet new demands. Historically, major reforms in the international system have been driven by crisis, and the UN clearly is facing a decisive moment in its history, particularly with respect to its glaring failures to resolve some enduring conflicts and prevent the devastation created by new ones.

The gradual shifts in needs and values of member states that we are witnessing today may not translate into institutional reforms, but are likely to result in tangible changes in behavior. There is a shared sense that, despite institutional cleavages, member states are willing to work together differently across divides by building on precedents and cultivating the emerging policy consensus. Throughout this process, collaborative leadership is key, and the new secretary-general should play a proactive, catalytic role.

As Boutrous Boutrous Ghali said in his 1992 Agenda for Peace: “Reform is a continuing process, and improvement can have no limit. The pace set must be increased if the United Nations is to keep ahead of the acceleration of history that characterizes this age. We must be guided not by precedents alone, however wise these may be, but by the needs of the future and by the shape and content that we wish to give it.”

[1] Under the UN Charter, the Security Council has the primary responsibility for the maintenance of international peace and security with the UN General Assembly, the Economic and Social Council and the Secretariat /Secretary-General playing proactive or reactive complementary roles. The Peacebuilding Commission, not a Charter organ, is considered by many as being part of the architecture.

[2] The High-Level Independent Panel on UN Peace Operations (HIPPO), the Advisory Group of Experts on the Review of the Peacebuilding Architecture and the Global Study on SCR 1325.

Youssef Mahmoud is a Senior Adviser at the International Peace Institute (IPI).