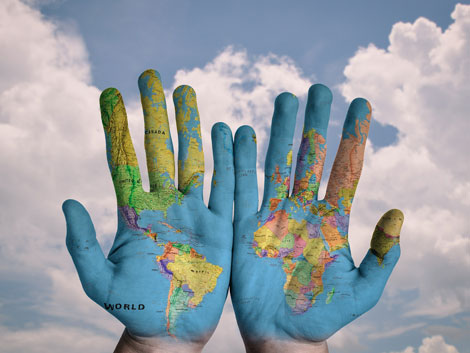 This article was originally published by the Peace Research Institute Oslo (PRIO) on 8 June 2016.

In the recent World Humanitarian Summit in Istanbul 23-24 May, the interconnections between humanitarianism, development and security were highlighted. Recognising that humanitarian assistance alone cannot address ‘the needs of over 130 million of the world’s most vulnerable people’, the conference chair’s summary report states: ‘A new and coherent approach is required based on addressing root causes, increasing political diplomacy for prevention and conflict resolution, and bringing humanitarian, development and peace-building efforts together’ (page 2). Similarly, the background report of the UN Secretary General – One Humanity: shared responsibility – prescribes the merger of humanitarian policies with peace and development agendas. These agendas include the prevention and management of conflict and disaster, the building of institutions conducive to ‘the protection of civilians’, the fight against terrorism, and the building of ‘resilient societies’.

Yet, while coordination across these policy domains is certainly needed, the current challenge for humanitarianism is rather to establish a clearer division of labour between them, where humanitarian relief retains its political neutrality, development aid its concern with justice, and where policies of peace and security maintain focused on the mitigation of international and civil war rather than a broader humanitarian agenda of ‘human security’.

Yes, there are important connections between these domains, and yes, international actors would ideally be pursuing a concerted humanitarian vision of peace and development. Yet, with the plurality of political interests and visions in world politics, such coherence is entirely unrealistic. While seeming effective in the short run, embedding humanitarianism in prevalent political norms of peace and justice will undermine both its legitimacy and efficiency once the international political winds are changing. As a political phenomenon, humanitarianism is unique in its compatibility with a broad range of ideologies, from political liberalism through socialism to political Islam. While disagreeing on principles of international peace and justice, as well as on cases of coercive ‘humanitarian intervention’, none of the permanent members of the UN Security Council questions the principles of non-coercive humanitarian assistance and international humanitarian law (IHL) (see, for instance: UNSC Resolution 2286; UN Secretary General’s latest Report on the protection of civilians ; and Lidén & Reid-Henry, 2016).

If we look to the current situations in Syria and South Sudan, the success of humanitarian action relies on an unambiguous neutrality and independence from both the local and international actors involved. A key principle of the international response to these situations has been the protection of civilians. While humanitarian by definition, the ways that this principle was politicised in e.g. the NATO operation in Libya in 2011 and for the justification of military ‘peacekeeping’ operations against rebels in the DR Congo and Mali, have radically undermined its legitimacy as a humanitarian doctrine. The instrumental integration of humanitarian relief in the US lead operations in Afghanistan and Iraq is another infamous example. The significant immediate rewards came at the expense of the legitimacy of international humanitarian organisations in the eyes of the opponents of the interventions. In effect, the security and efficiency of relief efforts and IHL in places like Syria and Iraq have probably been severely hampered.

In the longstanding debate on the ‘politicization’ of humanitarian aid, the argument for integrating relief with broader political agendas like the promotion of human rights and democracy is that doing so is more effective. However, as argued above, it is wrong to present this as a matter of insisting on principles vs. maximizing the effects. Arguably, at least in the longer term, the principled way is also the most effective.

Note: For an introduction to the debate on Dunantist (needs-based) vs. Wilsonian (rights-based) humanitarianism, see this article by Joost Herman and Dennis Dijkzeul in The Broker. In his recent book Humanitarian Ethics, Hugo Slim presents an easily accessible overview of the basic principles of humanitarianism and their practical implications.

Kristoffer Lidén is a Senior researcher at PRIO and coordinator of the UiO-NTNU-PRIO Research School on Peace and Conflict and the PRIO Research Group on Law and Ethics.