A Legal Solution to Mob Justice in Nigeria? 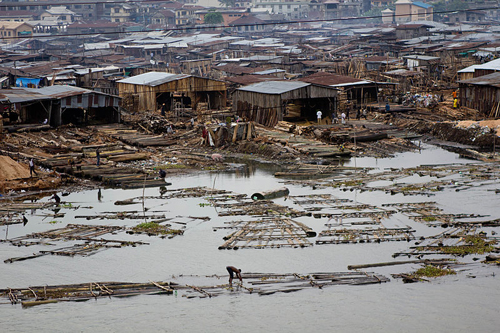 On October 5, 2012, four students of the University of Port Harcourt in Nigeria were beaten and burnt to death by a lynch mob, for allegedly stealing a Blackberry phone and a laptop. The tragic deaths of the students now known as the Aluu4 have caused outrage and plenty of online discussion about the serious problem of mob justice in Nigeria. It has also created opportunities for citizens to raise public awareness and propose solutions.

Noting the absence of legal provisions against mob justice, blogger Okechukwu Ofili posted a petition on October 18th for a mob justice prohibition bill signed by himself and “Nigerians Fighting for CHANGE” (read the full draft bill here) that has so far gathered more than 3,500 signatures.

This scene Mob Justice has gradually become a normal way of life in Nigeria. As people/communities usurp the law and take matters into their own hands. Now we know that there are no dependable statistics or numbers regarding Mob Justice occurrences in Nigeria, but what we do know is that has been happening for years. And for years we have complained, we have cried and we have watched, but nothing has changed as Mob Justice still occurs with its perpetrators largely going unpunished.

This is largely due to the fact that people have lost faith in a police force and judicial system that have been derailed by corruption, incompetence, and inadequate resources. But also exacerbating the matter is the absence and lack of recognition of Mob Justice (and its many variations) as a crime in our Federal Laws, most particularly our CRIMINAL CODE ACT, CAP C38 LFN 2004. An act which in its robust 145 page listing of criminal acts makes no mention or reference to Mob Justice…it covers Ritual Killings, Riots and even Counterfeit Stamps, but not Mob Justice.

Two senators have received copies of the bill for consideration.

If passed into law it would introduce jail sentences and fines for perpetrators of mob justice and the communities where the violence takes place. It would also become a felony for citizens or police to stand by and watch an attack without attempting to disperse the crowd.

As part of the campaign to seek justice for the Aluu4, a group of bloggers helped organize a Tweet-a-thon on October 25 using the hashtags #NeveragainNG and #Aluu4 in order to try to make the topic trend on Twitter in Nigeria.

In an email interview, Kathleen Ndongmo, a Cameroonian citizen based in Lagos, Nigeria who has been active in the campaign, describes how they hope to inspire more action against mob justice:

1. The petition is used as a trigger. It will be historical if the people can change the current criminal act. It will give a lot of confidence to activists, groups who have been working for years to change the judiciary, the police and the law on this issue.

2. Then there should be awareness, education, because there is a knowledge gap somewhere that we have to solve.

3. Last but not least, a work of advocacy will be undertaken for the implementation of judiciary and police reforms.

This holistic approach will help us achieve the goal of a sustainable grassroots movement to create dialogue for change.

Nigerian website Premium Times reported on October 18 that 13 suspects have been charged with conspiracy and murder at the Magistrate Court in Port Harcourt.

Boko Haram and the Resilience of Militant Islam in Northern Nigeria

Nigeria in 2012: Crises and Reforms