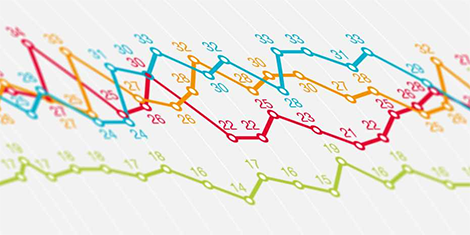 «Sicherheit 2018» is based on representative surveys conducted each year. As well as including a core set of questions that are always included or asked at irregular intervals, the survey also addresses current issues of security policy. In 2018, special attention was paid to the communication efforts of the army regarding a possible mandatory day of orientation for women as well as to the fight against terrorism. Below, you will find an executive summary of the findings.

Sense of Security and Perception of Switzerland and the World

In 2018, the Swiss gen­erally feel very safe. Moreover, they are significantly more optimistic about Switzerland’s future and less pessimistic about future developments with regard to the global political situation. Fear of crime is minimal and has not changed in comparison with the previous year. Significantly more respondents feel safe in public areas.

“Generally speaking, how safe do you feel these days?”

Trust in Authorities and Institutions

The police and the judiciary continue to enjoy the highest levels of trust, followed by the Federal Council and the Swiss economy. The armed forces and the parliament occupy the middle range of values. Newly, the media occupies the second-lowest position on the trust index, just above the political parties. The average trust in authorities and institutions surveyed remains the same as in the previous year, whereas trust in the media has risen significantly compared to the previ­ous year while trust in the armed forces and the parliament has significantly decreased.

The Swiss ascribe equal values to security and freedom. If, how­ever, these two concepts are mentioned within the context of the fight against terror­ism, restrictions on freedom are tolerated by a clear majority. As the approval for more vigorous combatting of right-wing extremism remains at a high level, significantly more respondents support more intensive combatting of left-wing extremism.

Autonomy and Willingness to Open Up

Again, in 2018 the Swiss population’s limited willingness to open up continues to be evident. The desire for economic and political independence remains at a high level. While moderate forms of cooperation without institutional ties are supported by a majority of the population, cooperative forms which would require institutional ties are clearly rejected. Establishing closer ties with institu­tions like the EU or NATO, as well as joining such institutions, is hence only supported by a small number of respondents. The use of Switzerland’s good services for purposes of mediation and conflict resolution continues to enjoy majority support. However, approval for increasing development aid has decreased significantly, yet still enjoys sup­port by a majority.

Attitudes towards the Swiss Armed Forces

A clear majority of the Swiss consider the Swiss Armed Forces necessary. Satisfaction with the performance of the armed forces is average and the militia system is supported by a majority of the population. One half of the respondents perceive the level of defense expenditures to be exactly right. A majority support an obligatory orientation day for women. The Swiss currently exhibit a positive attitude towards the armed forces. However, the level of awareness concerning the reform project Armed Forces Development (AFD) is very limited.