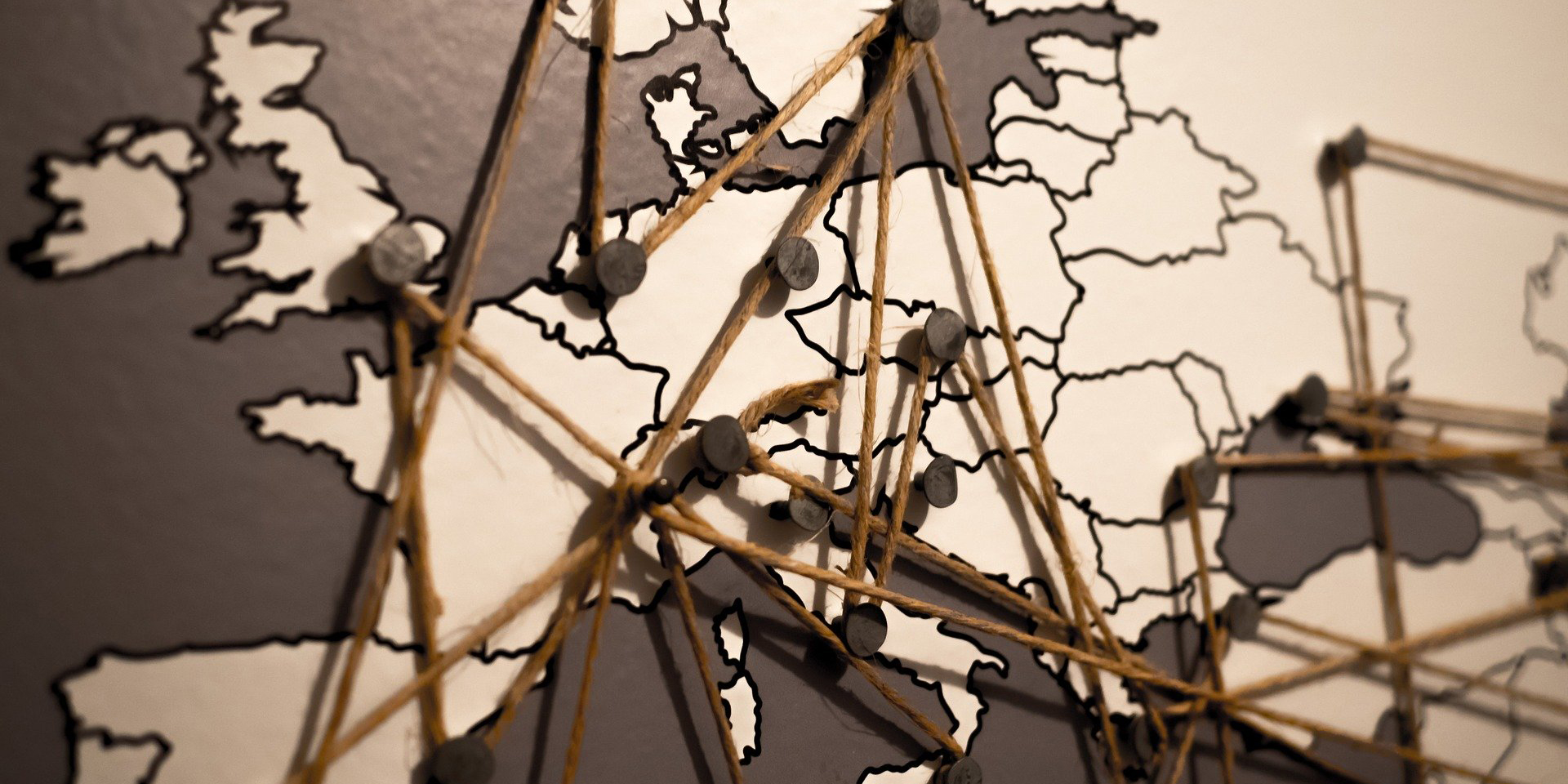 There are two main ways how realism can be understood to dominate the discipline of IR. In quantitative terms, one can measure dominance by asking: how many IR scholars self-identify as realist? How many articles or books (relative to all articles or books) eschew a realist approach? How many top-cited works are by realists, and how many works on reading lists? A recent forum in the journal International Studies Review has some interesting answers, as does the 2017 TRIP faculty survey, in which respondents identify as constructivist or non-paradigmatic more often than as realist (which comes in at just under 20% total). This suggests that realism’s presumed dominance in the study of international relations is not actually represented in many of these data points. This has led to claims that realism’s dominance is but a selling point for its critics: it makes their criticism more relevant, their arguments more urgent.

Realism’s dominance can also be understood in terms of its influence and power over the discipline of IR. Realism is suggested to be so deeply interwoven with the discipline that it defines it: anarchy, states, balances of power — that is IR. This disciplinary dominance allows realism to discipline: realism claims that its understanding of core concepts of international relations and state behavior apply universally — across time and space.

Consequently, critics argue that realism fails to historicize and contextualize core concepts of international relations. Realism and especially its neorealist variant can be read as an output of colonial and neo-colonial modes of knowledge production — not least because they developed largely as an Anglo-American academic endeavor when first the United Kingdom, then the United States were uniquely powerful (Schmidt, 2014; Vitalis, 2015). Most realist scholarship covers Western cases and has been produced by American and European scholars. And realism persists by structuring introductory courses, literature reviews, research puzzles, and analytical frameworks. Despite their self-identification as predominantly non-realist, respondents of the 2011 TRIP faculty survey indicated realism was the IR paradigm they spent most time on in their courses. Realism may thus exclude voices that interrogate culturally and historically divergent processes.

Some scholars therefore suggest that realism is irredeemable and must be deconstructed. They argue that realism’s central concepts like anarchy originate in a colonial view, that is, “[t]he anarchical world—the state of nature—was the preserve of non-Europeans, primitive peoples” (Henderson, 2013: 85–86). From this perspective, enriching realism with non-Western knowledge simply reproduces discourses derivative of Western realism and ignores those features that challenge the Western canon. The non-Western neorealist would be reduced to a technician who must apply and test empirically theory developed elsewhere (Mamdani, 2018).

Realism has already become more relevant to developing a more global IR because it draws insights from the non-Western world (Acharya, 2014). Realist frameworks are used widely by scholars from the Global South and the non-West more generally and applied to Global South and non-Western cases. Further, realist insights continue to matter for the study of international relations, because similar patterns of state behavior have spread across the globe. For example, the experience of anarchy is shared in the contemporary system of states, if to differing degrees. There is then, at a basic conceptual level, a case to be made for the continued inquiry into notions such as war, anarchy, and balances of power from a realist perspective.

This provides a starting point to think about how we can enrich realist work and contribute to a more global IR. This might be done through realist-constructivism, subaltern realism, or neoclassical realism. We suggest that neoclassical realism is especially well-placed to engage this debate. Neoclassical realism aims to retain some of the core concepts and features of neorealism, like its (soft) positivism and even its aspiration to grand theory (Meibauer et al. 2020). Neoclassical realism is also open to recognizing, reflecting on, and incorporating some of the above criticism. This paves the way for creative research designs, mixed methods, and interesting and challenging empirical findings which in turn generate better theory. Opening realism to a more global IR does not do all the things realism’s fiercest critics may hope for. Neoclassical realism has already come under sustained criticism from different corners of the discipline for trying to bridge too many paradigmatic precipices. But here is where we suggest it can do useful things.

Neoclassical realism’s richness of intervening variables allows it to speak and contribute to a more global IR, because it attempts to explain variations in state behavior by supplementing the structural assumptions of neorealism. It does so by introducing domestic variables that mediate the global environment’s impact on state behavior. These intervening variables include culture, identity, ideas, beliefs, perceptions, regime type, resource extractive capacity, strategic interactions, public opinion, and media pressures (Foulon 2015; Meibauer 2020; Ripsman et al. 2016). Hence, neoclassical realism aims to provide a generalizable framework within which to order the relative causal impact of these intervening variables and of systemic stimuli.

As its name suggests, neoclassical realism returns to classical realist writing on concepts such as power, interests, morality, and the role of the decision-maker in driving state behavior. It is also open to new thought, baselines, and foundational texts. In its intellectual roots, realism originates in and largely is a product of Western thought and the European historical experience — at least that is how realism is conventionally used and taught in IR. And yet, recent scholarship highlights the importance of non-Western thinkers and their frequently overlooked contributions to concepts such as power, force, statehood, and anarchy (Shilliam, 2010; Tickner and Smith, 2020; Tickner and Waever, 2009). When including non-Western thinkers and their contribution, a broadened realist canon encompasses Ibn Khaldun and Zhang Wenmu and many others. This adds to — and perhaps stands in fruitful juxtaposition with — for example, Hobbes and Machiavelli. It points to more innovative understandings of what concepts and thought constitute realism.

Neoclassical realism’s paradigmatic assumptions open theoretical space to investigate non-Western and Global South cases for new insights as to what drives state behavior. That is because it allows for contextualised and agential variation based on their cases. Neoclassical realists have already started to explore non-Western cases — not simply to apply neoclassical realism, but to inductively develop explanations where existing theorizing is lacking. For example, Chinese foreign policy can be examined through its state–society relations (Sørensen, 2013) or imperial history as well as narratives around strong borders (Chand and Danner, 2019: 416). South African and Brazilian responses to external threats are constrained by institutional regimes and domestic political identities (Moore, 2011). Indonesian foreign policy vis-a-vis Muslim and non-Muslim separatist groups outside its borders can be explained through how its leaders perceive national interests abroad and anticipate domestic public support at home (Sari, 2019). The Philippines’ foreign policy between two great powers can be examined through its leader’s attempt to moderate American cultural influence (Magcamit, 2019).

Such scholarship can take seriously bottom-up perspectives to conceptualise foreign policy and to build better theory (not only to test previously existing theory). After all, for theory to perform well, the causal stories underpinning it must reflect empirical reality (Mearsheimer and Walt, 2013). A more global realism better describes and explains the diverse empirical realities at play in international relations. For neoclassical realists, this diversity needs to be balanced with aspirations to general theory. The continuous re-negotiation of its concepts and paradigmatic boundaries makes neoclassical realism a particularly dynamic paradigm (Meibauer et al. 2020). It can lead to conceptual and paradigmatic innovation. For example, neoclassical realism may be combined with poststructuralist frameworks to analyze the African response to the 2011 Libya crisis (Gelot and Welz, 2018). It also helps to reverse the disciplinary one-way street that applies theory from the West to the non-West. It allows for a global conversation as “an evolving debate between scholars, within and across disciplines” (Mamdani, 2018).

To enrich realism in these ways requires developing innovative research designs and collaborating across disciplines and area studies. This implies methodological diversity, including comparative analysis, historical case studies, and quantitative and qualitative discourse analysis. For example, Gvalia, Lebadnize, and Siroky use primary documents and elite interviews to assess Georgian foreign policy (Gvalia et al., 2019). Korolev and Portyakov investigate Chinese and Russian responses to international crises in post-Soviet and Chinese spheres of interest respectively (Korolev and Portyakov, 2018). Such scholarship is based on co-authorship and coproduction. This means that scholars need to extend their networks, associations, exchanges, and that they broaden their inquiries. Such cooperation and methodological diversity is in turn associated with greater innovation across research fields (Whyte, 2019).

Realism will inevitably focus on some questions, concepts and explanations to the detriment of others. And we do not suggest that research that seeks to develop a more global IR must travel realism’s avenues. However, travelling these avenues and fleshing them out conceptually and empirically should be of interest to realists in a discipline increasingly critical of Western bias, and to global IR scholars grappling with the very dichotomies between West and non-West they set out to challenge. Neoclassical realism might be particularly well-placed to serve as a starting point.

Michiel Foulon is a senior researcher at the Center for Security Studies (CSS) at ETH Zurich.

Gustav Meibauer is a postdoctoral fellow at the London School of Economics in London, United Kingdom.