26 March 2020 marked the 25th anniversary of the coming into effect of the Schengen Agreement. Against the background of a Schengen-wide reintroduction of internal and external border controls to contain the spread of the coronavirus, this occasion did not give cause to celebrate open borders and the freedom of travel across Europe. On the contrary, border closures disrupted the cross-border supply of essential goods and seasonal workers, undermined trust between states, and separated families, couples, friends. Until a vaccine is provided for everyone, significant coordination on all state levels is needed in order to move forward on co-existing with the coronavirus.

The Introduction of Border Controls

The legal scope of the Schengen Borders Code includes the possibility of a temporary reintroduction of both internal and external border controls within the Schengen Area. This measure was taken in March by several European states, in some instances even unilaterally without notifying either the EU or affected neighboring countries. On 17 March 2020, the EU Commission introduced a temporary restriction of non-essential travel to and within the Schengen Area, which is still in place. It is worth keeping in mind that the reintroduced border controls must be understood as one element of a very wide range of instruments used against a constantly moving target and it would be ill-advised to link the decreased number of new Covid-19 cases to travel restrictions only.

Swiss based researchers conducted a cross-country analysis of 20 countries (EU-15 countries, Norway, Switzerland, USA, Canada, and, Australia) comparing the effectiveness of non-pharmaceutical interventions (NPI) on a reduction of documented Covid-19 cases which were implemented at early stages of the pandemic. Essentially, restricting international travel for individuals has led to an estimated reduction of new infections by 31 percent, which is comparable with the effect of a ban on non-essential business activity, gatherings and public events, but less effective than venue closures. However, several analyses acknowledge that the effectiveness of travel restrictions is likely to alter during later stages of a pandemic, as domestic transmissions are the main driver for epidemic growth once the virus has been undetectably imported into a country.

It is worth noting that pressing the pause-button on Schengen coincided with comprehensive measures taken in all European countries in order to contain the spread of the coronavirus. These measures varied in scope from full lockdowns (France, Spain, and Italy), the middle way of temporary shutdowns (Switzerland, Germany) to moderate measures (Sweden). Similarly, there was a degree of variation in border management, too. In the Czech Republic, for example, travel restrictions initially included a ban on leaving the country, which  was lifted at the end of April. In Switzerland, by contrast, cross-border workers, citizens and permit-holders could still enter the country.

This policy was in Switzerland’s own best interest, since a lot of frontier workers are employed in so-called “systemically relevant” workplaces such as hospitals, supermarkets or homes for the elderly. Therefore, even the Cantons of Ticino and Basel, which are in close proximity to highly affected neighboring regions (Lombardy and Alsace), did not push for a complete sealing of national borders, which did not happen in any European country anyway.

Preventing the Temporary from Becoming Permanent

The current deadlock over Schengen runs the risk of a temporary measure becoming a permanent solution, which might put the whole Schengen Agreement in doubt. The reason for this is a certain reluctance of states to lift temporary border controls. Since 2015, six Schengen member states (France, Germany, Denmark, Sweden, Norway, and Austria) have been upholding temporary border controls, which were introduced as a reaction to terrorism and increased migration, primarily from Syria. Both of these internal security challenges have diminished, but the border controls have not been lifted. Hence, there are valid reasons to assume that the lifting of the newly imposed travel restrictions may not only depend on public health but also on political will.

A standstill over the Schengen Agreement poses a major risk to a core pillar of European integration. However, at the current stage, the use of terms such as “back to normal” or “exit-strategy” would be highly misleading, as they ignore the very presence of the coronavirus and the absence of a vaccine against it. In more realistic terms, we should speak about a pragmatic co-existence with the coronavirus. Specifically, a consistent application of measures such as comprehensive testing and tracing, hand washing, physical distancing and self-quarantine (in cases of those infected) may allow for a gradual opening of both the economy and national borders whilst keeping the reproduction number of the virus at a low level. 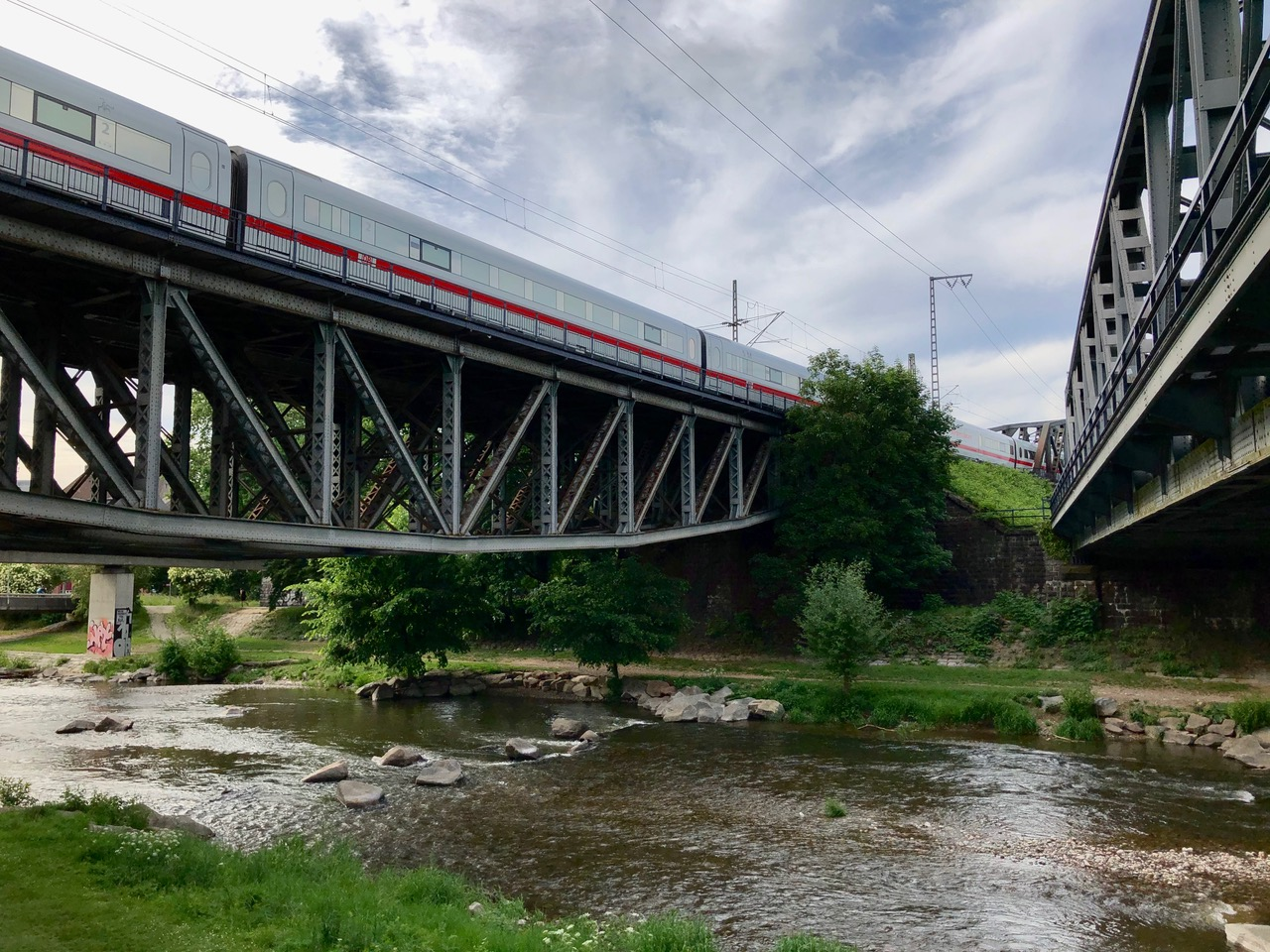 Making Schengen Co-exist with the Coronavirus

The 70th anniversary of the Schuman Declaration this month has increased pressure from many sides to lift border controls. It is now within the competence of the Schengen members and Schengen associated states (Norway, Iceland, Liechtenstein, and Switzerland) to find ways to gradually lift the current border regime, whilst being prepared for a potential outbreak of a second wave. This will be a highly complicated task. An approach of establishing and gradually extending so called “zones of trust” from the regional to the European level, as proposed by the Think Tank foraus, may be the way to go. The process of testing, tracing and containing the virus, which has taken place on a sub-national level, has worked fairly well. Thus, local entities have a good overview of the situation and, for very pragmatic reasons, long-established cross-border relations. Therefore, the level of trust between neighboring regions may be substantially higher than between political capitals.

Hence, allowing cross-border non-essential work as well as family visits between regions with similarly low infection levels should be feasible as long as there is no significant second wave. However, there are some administrative obstacles. Even in highly decentralized Switzerland, the control of borders falls within the competence of the federal government. In centralized states, demands for region-specific border openings may go unanswered. The scenario of a patchwork of bilateral solutions is within the realms of possibility. However, in the mid-term, a nationwide border opening could be more realistic, especially in the case of centralized states. Still, the sheer dynamics of the coronavirus make it hard to treat border openings as a linear process.

This concerns the summer holiday season to a major extent. The concept of European-wide certified green zones enabling tourism between Northern and Southern Europe appears to be possible in theory. In practice, this may be more difficult. There is a risk for green zones to become “red zones” due to a second wave, something that would not even have to be imported by travelers. Direct travel between green zones across Europe could technically happen. However, for financial reasons, many may not be able to take time off during peak season.

Although the idea of Schengen has suffered recently, it could likewise be expanded in scope. In 2015, the war in Eastern Ukraine led the then-US-General Ben Hodges to bring up the idea of creating a military Schengen Zone, which would enable a high degree of mobility for regional crisis responses. The coronavirus is not an armed conflict, but the response to it has included war-like speeches and mass casualty situations in hospitals.

Hence, a so called “Medical Schengen Area” enabling a high degree of cross-border mobility for medical supplies, personnel and patients could leverage Schengen for a reliable EU crisis response mechanism. It could also include associated Schengen states, and even provide the UK and Ireland with an opt-in possibility. This Medical Schengen Area would, for example, enable bureaucracy-free cross-border transport of patients from regions with overcrowded intensive care units to hospitals with more capacity. Furthermore, the free movement of medical supplies and personnel within the Schengen Area would be a strong response to strengthen European solidarity, which has particularly suffered in Italy after how its call for help was answered by the more media-savvy China, Russia, and Cuba.

The Value of Openness and Interconnectedness

The Europe-wide reintroduction of national border controls due to the coronavirus pandemic reveals that since the Schengen Agreement entered into force in 1995, the abolition of border checks in the Schengen Area and associated civil liberties have become taken for granted. Now, with the absence of Schengen-related freedoms, we can see what a great success this essential part of the European unification process has been and how difficult it is to implement truly accurate security checks at national borders.

Julian Kamasa is a Researcher in the Swiss and Euro-​Atlantic Security Team at the Center for Security Studies (CSS) at ETH Zurich. @KamasaJulian