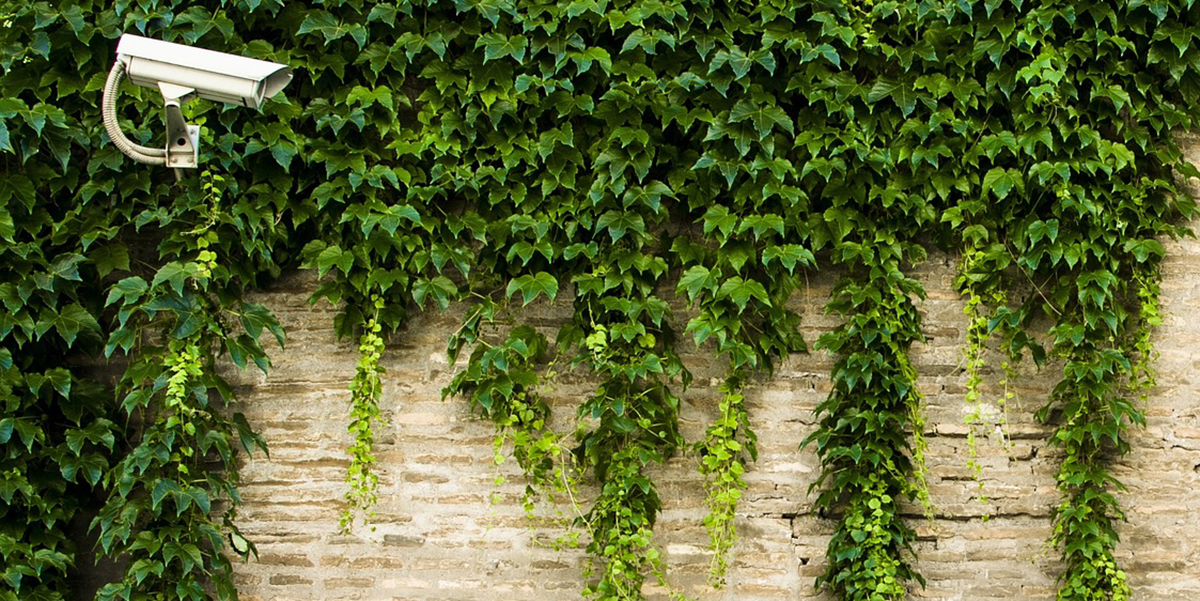 The COVID-19 pandemic has led to an explosion of digital tools for fighting communicable diseases. To cut through this complexity, this blog provides an overview of such tools for information exchange, contact tracing and monitoring compliance with physical distancing and quarantine measures. The large variety of applications can be explained by the (sub‑) national organization of crisis management, different socio-technological contexts, and the initial absence of sunk costs. To avoid an accelerated increase of surveillance that is incompatible with democratic standards, more transparency is needed regarding government contracts and consequential, algorithmic decision-making.

Figure 1: Confirmed use of government-endorsed special-purpose apps and webforms for self-assessment as well as information distribution

Already during the early stages of the pandemic, governments commissioned various apps to distribute assured information and to enable a first triage of citizens concerned about having COVID-19. Whereas most self-assessment apps or web forms are basically surveys, some also offer remote consultations with doctors. For example, the French app Covidom allows doctors to follow up with infected patients. Furthermore, there are attempts to turn smartphones into medical sensors that estimate the likelihood of an infection with the novel coronavirus based on coughing sounds. Another type of self-assessment application does not primarily aim to inform users but epidemiologists. Daily symptom trackers such as the COVID Symptom Study and How We Feel aim to provide researchers with up-to-date information about the likely prevalence of COVID-19.

Some countries offer information and self-assessment through web-based messenger services, often in conjunction with chatbots. The advantage of this is that large portions of populations are already on these platforms. Interestingly, it is not primarily the Western countries with the highest internet penetration rates but emerging economies, such as India or Indonesia, that have been using this communication channel. Hence, this might be framed as the leapfrogging of traditional helplines on landlines staffed by numerous human operators. The developer of the South African chatbot, the Praekelt Foundation, was tasked with globalizing its service in collaboration with the WHO, offering advice in 11 languages. This WHO WhatsApp bot seems to have been fairly successful, reaching more than 10 million people in its first four days. In contrast, the UN App 1point5, which was meant to encourage physical distancing, suffered from conceptual and technical issues, and has only garnered about 5,000 downloads on Google Play since its launch at the end of April.

Figure 2: Confirmed governmental use of web-based messengers including chatbots for information distribution and self-assessment

Lastly, there is the option of a cell broadcast, a location-based, one-to-many text communication in which a radio cell pushes the same message to all devices in its vicinity. During the outbreak in February and March in South Korea, the country’s authorities sent out around three to five messages per day to inform citizens of nearby confirmed cases and to remind them to refrain from large gatherings, to wear masks, and to wash their hands.

As large parts of the world went into harder or softer “lockdowns” of unprecedented scale, governments were naturally interested in monitoring whether people were complying with these measures. The use of aggregated mobile phone data was particularly encouraged by the EU’s internal market commissioner Thierry Breton and subsequently adopted by many European countries. For example, in Switzerland Swisscom provides such data to the Federal Office of Public Health, in the form of visualizations of activities on the previous day with a resolution of 100m x100m. Some countries such as South Korea or the Czech Republic also request the location of individual phones in order to support contact tracing investigations or to monitor whether individuals are following self-isolation orders.

Individual police departments have been using unmanned aerial vehicles (UAVs) to monitor physical distancing and in some cases even to remind them of it via speakers. In China, UAVs have also been deployed to measure people’s temperatures and to display QR codes for the registration of health conditions. The company Draganfly is even working on special-purpose “pandemic drones”. Given the relative visibility of privacy violations involving UAVs, their use can be controversial. Counterintuitively, this can even turn UAVs into “privacy catalysts” given the push-back against their use, even when they only form a small part of overall surveillance infrastructures.

Figure 4: Confirmed use of UAVs to monitor social distancing by local authorities

States are also using CCTVs and video analytics for a variety of purposes: In Germany, a hackathon group has created everyonecounts, which uses publicly available cameras to monitor physical distancing; in Paris, authorities use video analytics to monitor whether people wear masks in the Métro; in South Korea, the CCTV-network is a fixed part of digitally assisted contact tracing; in Poland, facial recognition forms a part of a mandatory quarantine app; and in Moscow, the police are alerted if a camera identifies someone who should be in self-isolation. Lastly, China already operates the world’s largest network of CCTV-cameras by far, aptly named after “Skynet” from the Terminator movies, and there is a proposal for a vast expansion of this network to further “epidemic prevention”.

Figure 5: Confirmed use of CCTV-network for pandemic-related purposes as well as facial recognition and quarantine enforcement

Figure 6: Confirmed use of contact tracing apps with centralized as well as decentralized logging of encounters or locations

In preparation for a “new normal” that will last until a vaccine is secured for the virus, states have created apps that use different mixes of global navigation satellite systems (GNSS), WiFi positioning, cell tower positioning and Bluetooth Low Energy (BLE) in order to track the location of mobile phones or their proximity to other phones. The most popular approach is based on BLE, which only measures proximity, works indoors, and is precise, creating comparatively few false positives. Apple and Google have created an exposure notification API, which allows BLE to operate in the background. Switzerland is among the first countries to use this API with the SwissCovid app set to be publicly launched on 25 June. However, all BLE-based contact tracing apps are network goods that only become useful if a very high share of those who possess compatible smartphones use them. Specifically, the share of all theoretically possible close human encounters within a country that are logged by a contact tracing app can be roughly approximated by the square of its adoption rate. At a 20 per cent adoption rate, it only captures about 4 per cent of the connections. At 40 per cent, it captures about 16 per cent of the encounters. At 60 per cent it logs close to 36 per cent of connections. Hence, whereas the multi-source contact tracing in South Korea appears to be fairly successful, contact tracing apps have not (yet) been able to demonstrate a significant impact so far in early adopter countries, such as Iceland and Australia.

Last but not least, some states are using tracking wristbands to enforce quarantine on people known to have violated it or on those who do not possess a smartphone. Further uses of wristbands include the monitoring of physical distancing in the Port of Antwerp, and the collection of information on how COVID-19 relates to various biometric factors in Liechtenstein.

Figure 7: Confirmed use of wearables and connected devices to enforce quarantine or for other pandemic-related purposes.

In order to make sense of all these applications, and their future development, they have to be embedded in a larger context. The analog and digital tools that are being used by states and other actors during the COVID-19 pandemic are to some degree a “material validation of the social order”, insofar as societies have different values and make other risk-risk trade-offs based on them. Moreover, the strategic approach of countries matters. Those that try to suppress the epidemic curve, rather than aiming for natural herd immunity with mitigated costs, are likely more reliant on tools for testing, contact tracing, and quarantine. Furthermore, digital tools have to be embedded in the larger context of the ongoing process of digitalization and the spread of related infrastructure. Except for large CCTV-networks, the adoption of sensors and sensor-platforms has mostly been bottom-up. For example, police departments often adopt commercial off-the-shelf UAVs on their own initiative and without large budget requirements.

Using the typology for socio-technical transitions by Geels and Schot, the COVID-19 pandemic can be characterized as a landscape shock that puts pressure on the existing sociotechnical regime for public health, thereby opening a window of opportunities for novelties, such as the latent capabilities of new ICT-infrastructures. When new fields of application of technologies emerge, social networks, economic structures, markets, and cognitive structures are not yet solidified, resulting in a high diversity of design specifications, user preferences and regulations. Later on, the technology gains inertia as assets are purchased, standards are set, infrastructure is built, employees are trained, and interests are consolidated.

In the current transition, it appears unlikely that digital tools, such as contact tracing apps, are capable of becoming direct technological substitutions for traditional methods. In contexts where digital tools prove ineffective, the traditional public health regime will realign after the crisis. However, the more likely path forward seems to be a reconfiguration, in which specific digital elements will be incorporated into the public health regime and adjusted over time, in a similar way to how South Korea’s use of ICT has been based on learnings from the 2015 Middle East respiratory syndrome (MERS) outbreak in the country.

When evaluating the risk and benefit of tools, it is important to go beyond a mere dichotomy between digital and analog approaches and to use comparable scientific and ethical standards. A decentralized contract tracing app based on the exposure notification application program interface (API) by Google and Apple should not contribute to eroding privacy, as it does not track the location and only stores pseudonymized encounters on the device. In fact, it could even help to protect privacy as alternative solutions in places such as restaurants, cinemas, or public transport are quite likely to request personal information. In contrast, the prolonged use of health code mini-apps in China is alarming, insofar as their green, yellow, or red color systems determine the ability of individuals to participate in public life, while their decision-logic remains opaque. Furthermore, the activities of spyware and surveillance companies that aggressively pitch their services to governments behind closed doors arguably deserve more public scrutiny. For such firms, enhancing the surveillance state is not “mission creep” but the business model.