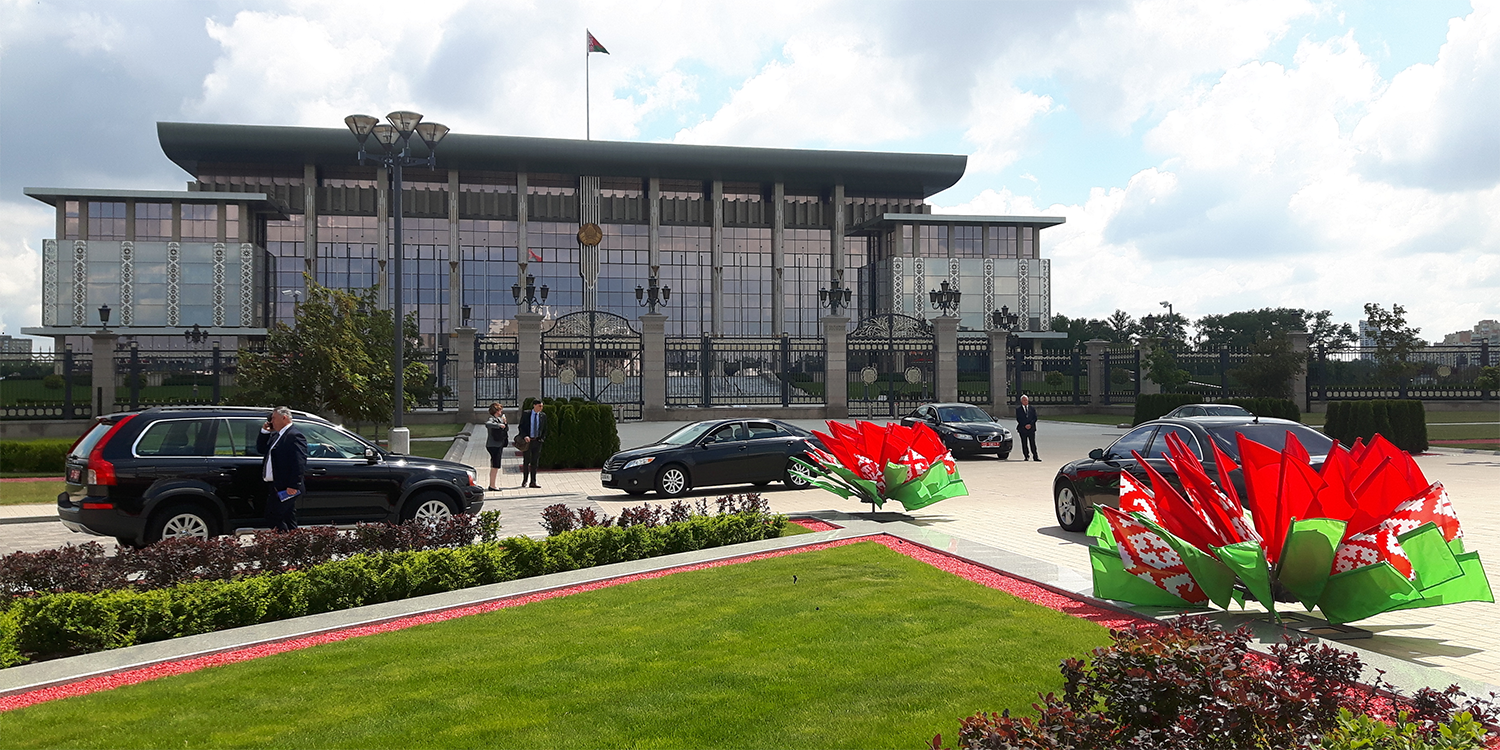 Instead of taking meaningful measures, the Belarusian government downplayed the threat of the coronavirus and suggested obscure cures. This is a dangerous bet by a regime afraid of economic downturn and appearing weak – similar to several other regimes with strongman leaders. Given Belarusians lack faith in the government’s response and official data, they are taking personal responsibility for their fate. This goes against the grain of the political culture in the country and underscores that authoritarian regimes’ habitual methods may reach their limits during such a crisis.

While virtually all European states are acting against the spread of the coronavirus, one country is making the headlines as an outlier: Belarus. For weeks, the Eastern European country of ten million, ruled autocratically by long-term president Alexander Lukashenko, has been in a state of denial. Lukashenko continues to downplay the pandemic even though more than ten thousand infections have now been confirmed, criticizing other states for their policies. He has also put hardly any measures in place, particularly out of concern over an economic downturn. This pattern, in other variations and for similar reasons, can be observed in other countries with strongman leaders, such as Brazil, Russia, and Turkmenistan.

Not only did Lukashenko claim that Covid-19 would not be a threat to the country and that there would be no deaths under his watch, he has also suggested several cures that made headlines and fulfilled several clichés about the country: vodka, sauna visits, ice hockey, and agricultural work. “The tractor will heal everyone,” claimed the president, who is a former director of a Soviet agricultural collective. Solitary tractor driving may ensure physical distancing, but as a government policy – and Lukashenko does call the shots in Belarus – these suggestions are clearly inadequate to combat a pandemic.

Measures in Belarus have amounted to too little too late. Lukashenko even accused his country’s closest ally Russia – which itself enacted measures fairly late – of overreaction and criticized Moscow for closing the border between the two countries. The Belarusian government’s measures appear inadequate: Easter holidays for schools were extended by only two weeks, many companies are encouraging working from home, and the schedules for lectures at universities have been adjusted to help reduce traffic on public transport. Some regions, such as Minsk, have taken some more far-reaching measures. Across the country, though, factories, churches, restaurants, shops, and public event venues remain open. Irrespective of individual concerns regarding the virus, people have been mandated to go to work, and the president himself has even insulted victims of Covid-19. In early April, the WHO urged Belarus to take more determined action. Despite limited measures, Belarus has appealed for and accepted support from other countries, such as test kits from Russia, loans from the International Monetary Fund and the European Bank for Reconstruction and Development, and aid from the EU in the framework of its Eastern Partnership. China, with which Belarus has close relations, has also sent supplies.

While the outbreak in Belarus occurred quite late compared to most European countries, there are now more than ten thousand cases. Nonetheless, the Belarusian government appears unwilling and unable to change its general approach. The regime continues to bet on best-case scenarios and to rely on its free-of-charge healthcare system. Belarusian hospitals do generally have a better reputation than those in other post-Soviet states and the country claims it boasts more respirators per capita than many European countries or the US. But behind the scenes, hospitals are preparing for a rise in the number of cases and are pursuing a strategy of widespread testing and isolating confirmed cases.

The lack of widespread measures is not the only factor that is preventing risk mitigation. The official line is that the coronavirus is not a threat, disincentivizing the free flow of information. Rumors about the situation on the ground have spread through alternative channels of information, such as on the Telegram messenger app. This phenomenon was also witnessed at the beginning of the outbreak in China, where experts suggest information about infection rates may remain unreliable to this day, and in several other authoritarian countries. Were Covid-19 numbers to rise even more steeply in Belarus or were hospitals to run short on vital equipment, officials may not dare name or address these issues for fear of reprisal. 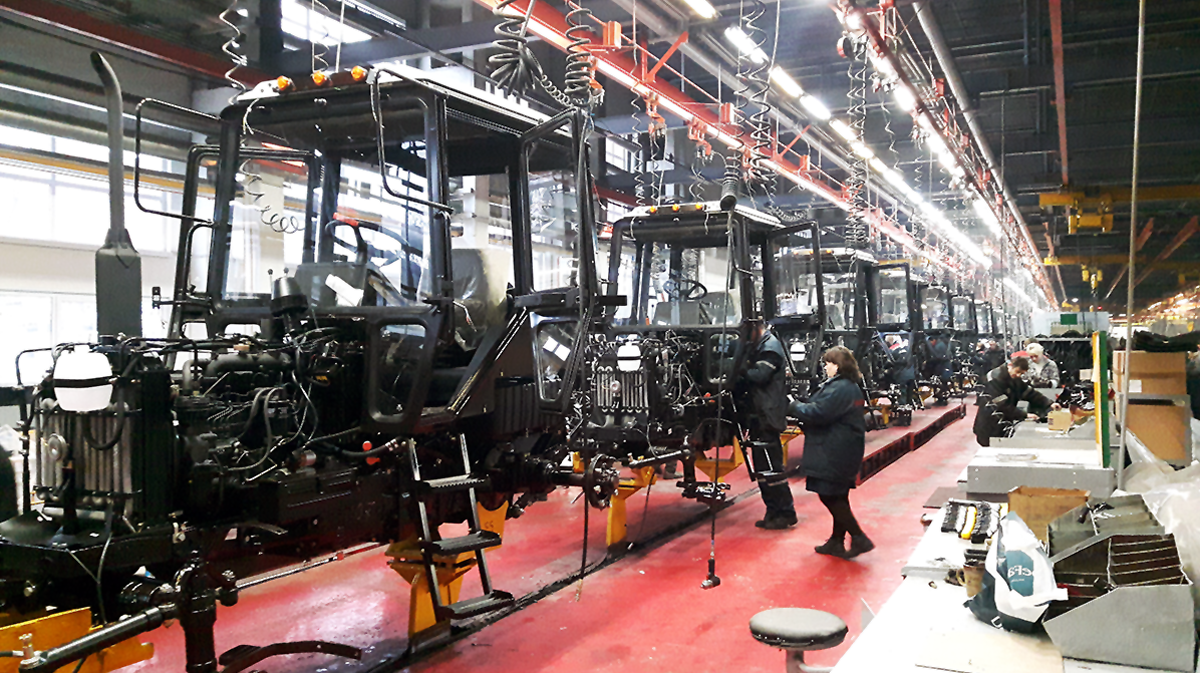 ‘The tractor will heal everyone’: The Minsk Tractor Factory produces the pride of Belarusian industry.

A Threat to the Economy and the Regime

Pundits have largely focused on the Belarusian government’s erratic rhetoric and irrationality. While these issues are noteworthy, there is still uncertainty about how to best balance restrictions against the maintenance of social and economic life. Sweden, after all, has pursued a similarly relaxed regime – appealing to citizens’ individual responsibility, though, and not inhibiting it. Be that as it may, the Belarusian leadership is hoping that it can sit out the crisis at minimal costs to its economy and regime stability. Indeed, according to commentator Artyom Shraibman, if President Lukashenko were to impose drastic measures he would look weak.

The Belarusian economy is already stagnating as well as exhibiting low degrees of productivity and adaptability. The Belarusian ruble has lost around ten percent of its value against other currencies since the beginning of the year. Furthermore, Belarus has seen tense relations with Russia over the two countries’ alignment and the terms of energy subsidies, which has reduced Belarus’ lucrative exports of petrochemical products.

An economic downturn could threaten the regime’s implicit social contract with the population – one promising a certain level of welfare, free state services such as education and healthcare, and a high level of official employment. Lukashenko has often proven responsive to popular opinion and enjoyed some genuine support for many of his policies. However, in times of crisis like today, the regime is more concerned about potential social unrest and popular dissatisfaction. On top of that, Belarus has presidential elections scheduled for August 2020 and Lukashenko would not be keen on witnessing protests during or after the electoral process. Protests have usually been met with a heavy hand, drawing international criticism and sanctions – sanctions which the Belarusian economy would now be reluctant to bear, particularly as the country’s relations with the West have been thawing.

Regarding the corona crisis, the population seems to know of the shortcomings of the government’s response and share a disbelief in official numbers and the state-controlled media’s message. According to the Belarus-Analysen, surveys show a majority would support more drastic measures. Through various news sources, particularly from abroad, Belarusians are aware of their country being the odd one out in Europe. Consequently, citizens have taken individual responsibility to respond to the situation. They are following a call referred to as “The People’s Quarantine”. This has led to reductions in public life activity and traffic. While most restaurants remain open, their revenues fell by up to 80 percent in March alone. As schools reopened after the extended Easter break, many parents chose to keep their children at home. People have also donated money and equipment to support medical facilities and vulnerable groups. Football games continue to take place in Belarus, now attracting thousands of new viewers online who now cheer for Dynamo Brest instead of Barcelona. Stadiums in Belarus, however, lack spectators.

This behavior by the population has occurred in a decentralized way and does not involve state actors. As such, it is a remarkable bottom-up approach in a country that, in true Soviet fashion, is rather infamous for its top-down governance and for people following the government’s line. As official cases of Covid-19 now number more than ten thousand in the country, the action of the population is contributing to a flattening of the curve. The government’s limited response, meanwhile, makes the Lukashenko regime appear to be primarily concerned about its own stability as well as afraid of potential economic damage and seeming weak and fallible. In this, it has ironically missed an opportunity to legitimize itself by taking citizens’ concerns seriously, changing course, and proving the effectiveness of the Belarusian state.

The regime’s lack of adaptability and overriding concerns are actually held common in authoritarian regimes centered on strongman leaders. In times of crises, these interests often contradict the requirements of an effective and agile response. As the deficiencies of such systems are laid bare, citizens can become alienated and more outspoken in their demands. Given the Belarusian regime now seems woefully out of touch with the concerns of its citizens, criticism of the government is increasing, even though people lack meaningful channels for dissent. In the mid-term, and particularly if infection numbers see a dramatic increase, this frustration may form the nucleus of outspoken demands for political change in Belarus.

Benno Zogg is Senior Researcher in the Swiss and Euro-Atlantic Security Team at the CSS. His research includes Eastern European security, the international politics of Eurasia, and the nexus between security, development and trade.