The Israeli-Palestinian Conflict in 2020: What Are the Possible Paths Ahead? 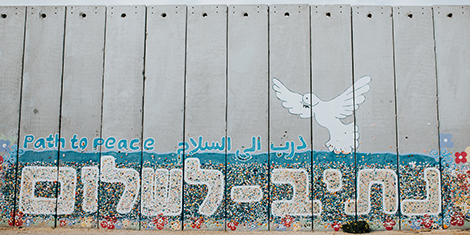 This article was originally published by the United States Institute of Peace on 14 January 2020.

Without progress toward a comprehensive solution, we may see unilateral measures and rising tensions.

Despite tremendous effort exerted since the 1991 Madrid Peace Conference to resolve the Israeli-Palestinian conflict through a two-state solution, peace has been elusive. Today, there is a growing feeling among Palestinians, Israelis and the international community that the two-state paradigm may no longer be viable. USIP’s Ambassador Hesham Youssef examines the potential scenarios facing Israelis, Palestinians and the region as the stalemated conflict continues without progress toward two states.

Given current political dynamics, what seem to be the most likely scenarios in the near-term?

First, we may see the continuation of the tenuous status quo—a relatively low intensity conflict, with recurring spikes in violence, and the continual erosion of political options. Maintaining the status quo requires the least amount of energy and political capital, but is not sustainable, and will ultimately come at a high price. If unaddressed, continued developments on the ground—for example, creeping or major annexation by Israel of West Bank territory—may eventually eliminate the possibility of a two-state solution altogether and, with it, a sustainable peace.

Second, we shouldn’t underestimate the risk of an eruption of violence, limited military confrontation, or even a war. Tensions remain high in several flashpoints. Recently, major escalations have been narrowly averted, especially in Gaza, but the situation there remains fragile. Meanwhile, tensions and risk factors persist along Israel’s northern fronts, particularly after the Israeli strikes in Syria against Iranian and Hezbollah targets and more recently the killing of Iranian commander Qassem Soleimani by a U.S. drone. In addition, Hezbollah possesses precision missiles in Lebanon—not to mention the risk that Hamas or Palestinian Islamic Jihad may also gain these capabilities.

In short, we can increasingly expect militarily weaker players to acquire greater capabilities with dire consequences, a situation similar to what the Houthis have been able to achieve facing Saudi Arabia and the UAE with crucial Iranian support. All of these factors exacerbate instability and the prospect of a single or even a multi-front war. Add to this picture the potential for formalized steps toward annexation by the Israeli government or the release of a U.S. plan that is perceived as one-sided, and the mix could be explosive. Finally, the outbreak of a third intifada, in any form—from peaceful resistance to extreme violence, or any combination thereof—is another potential scenario that could escalate quickly and dangerously.

While some question this concern, pointing to a relatively tepid response to developments that were predicted to ignite violence (e.g., moving of the U.S. embassy to Jerusalem), there is a risk to this complacency as flashpoints in the Israeli-Palestinian conflict can be somewhat unpredictable and quick to erupt. One need only look to the July 2017 response to Israel’s placement of metal detectors at Al-Aqsa Mosque as one example.

In the absence of negotiations toward a peace settlement, what are potential unilateral measures that could be taken by the parties?

The lack of negotiations since 2014 has led to calls for unilateral action—some of which could support a two-state solution while others would undermine it. Of course, unilateral steps, however significant or positive they may be, will never achieve a final settlement of the conflict.

Unilateral Israeli measures that can advance peace are numerous. Comprehensive proposals exist for “coordinated unilateral” plans—such as those proposed by the Institute for National Security Studies or Commanders for Israel’s Security—which call for proactive Israeli steps to draw down the occupation and preserve the possibility of a two-state outcome.

Other proposed unilateral steps include:

But there are numerous unilateral measures that Israel can employ to reduce the possibility of peace. The most dangerous unilateral step for the two-state solution would be annexation of parts of the West Bank such as the Jordan Valley, as proposed by Netanyahu during the most recent election campaign. Alarmingly, the proposal was also seemingly endorsed by the more centrist Blue and White Party.

The cost of annexation would be high. King Abdullah of Jordan recently stated that Israeli annexation of the West Bank settlements would be a “disaster” for attempts to achieve the two-state solution and would “directly impact” Israel’s relationship with Jordan and Egypt. Former Israeli security officials recognize the threat annexation represents. It could lead to the collapse of the Palestinian Authority (PA), Israel’s international isolation, and ultimately a potential end to the Jewish majority between the Jordan River and the Mediterranean.

While certainly fewer, the Palestinians do have some options for unilateral action, foremost the termination of previous agreements or the dismantlement of the PA. At the U.N. General Assembly in September, President Abbas indicated that if the Israelis follow through on Netanyahu’s promise of annexation, the Palestinians would terminate agreements previously signed with Israel. Further, some Palestinians, citing Israeli policies that diminish the Authority’s ability to govern, are calling for the affirmative dismantlement of the PA altogether, effectively “handing over the keys” to the Israelis.

The Palestinians have already taken steps at the international level, including filing charges against Israeli officials in the International Criminal Court (ICC). The International Criminal Court’s chief prosecutor said she would launch a full investigation into alleged war crimes in the Palestinian Territories as soon as the court’s jurisdiction had been established. This may have huge consequences. The PA’s charges included settlement expansion, confiscation of land, illegal exploitation of natural resources, and targeting unarmed protesters. Israel and the United States have raised strong objections to the PA’s request.

If the two-state solution becomes less feasible, what are possible scenarios that may play out?

If the two-state solution becomes unreachable, on the Israeli side we may see proposals for some form of Palestinian autonomy under Israeli control—variations on the “state-minus” approach favored by a majority of the Israeli right-wing. Of concern, this approach also seems under consideration by the Trump administration, as key members of the team working on this file have indicated they do not envision a Palestinian state. Such an approach, if pursued, would be rejected by the Palestinians and the Arab world.

Alternatively, we may see movement toward some form of one-state outcome. This would either entail Israeli control over the full territory, but with a discriminatory system of unequal rights for the Jewish and Palestinian populations, or one binational state with equal rights for all, but thereby foregoing the national aspirations of the Jewish and Palestinian peoples. Developments on the ground are already spurring calls by Palestinian activists for a rights-based approach to resolving the conflict, over the current territory-based approach. However, a binational state home to two national identities in conflict for decades will probably be a recipe for an enduring conflict, and not one for lasting peace.

Finally, are there any negotiated or interim steps outside of a two-state solution that may be considered?

Without progress toward a comprehensive final resolution to the conflict, we may see more proposals toward transitional arrangements—either as steps taken to advance and preserve a two-state outcome, or interim arrangements without guarantees pertaining to achieving a two-state solution. The Palestinians will certainly reject the latter approach and would argue in favor of an agreement based on the two-state solution implemented in stages. Mahmoud Abbas, in a statement before the U.N. General Assembly in September 2015, said that the Palestinians “will not accept temporary solutions or a fragmented state”—a position the Palestinians have held for many years and will probably continue to hold for the foreseeable future.

Ambassador Hesham Youssef was a career diplomat with the Ministry of Foreign Affairs of Egypt. He is also the Jennings Randolph Senior Fellow at the United States Institute of Peace.