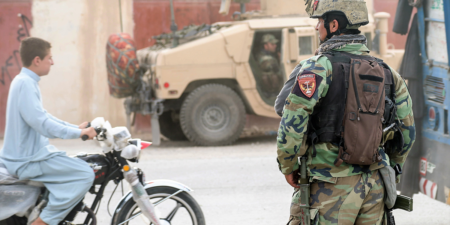 What does this mean? Is it clear that this ends the peace process?

All peace processes have their ups and downs – and in my view this is clearly a down. At the same time, the very fact that talks had advanced to the point where President Trump could invite Taliban leaders and President Ghani to come to Camp David illustrates how much progress was made over the past year by Ambassador Khalilzad and his team. These talks created the most plausible opening for peace in Afghanistan since 2001. The basic elements of an agreement—a conditional drawdown of U.S. forces in return for the Taliban cracking down on terrorist groups and negotiating a cease-fire and political settlement with the Afghan government—are now clear. Whether talks revive in the near term or further in the future, any successful peace effort is likely to depend on these same core elements.

It is no secret that many in Washington and Kabul came out against the draft agreement over the past few weeks. Not having seen the final draft agreement it is hard to determine the merits or demerits of these critiques. The concerns raised, however, do not change certain realities on the ground in Afghanistan. First, after 18 years of war it’s clear that no side can end this conflict militarily anytime soon. Second, the Afghan state, and the Afghan National Security Forces in particular, are heavily dependent on the support of the U.S. and our NATO allies, and a precipitous withdrawal of U.S. military forces would likely lead to state collapse. So, unless the U.S. wants to continue an endless war or risk state collapse following a rapid troop withdrawal, achieving a durable and sustainable political settlement in Afghanistan remains by far the best policy option to secure U.S. interests in Afghanistan.

Stepping back from this weekend’s announcement, it is worth highlighting that through skillful diplomacy the U.S. had reached a moment of rare opportunity—strategic consensus among the U.S., China, Russia and our European allies, as well as all of Afghanistan’s neighbors, that an intra-Afghan political settlement that paved the way for a drawdown of U.S. and NATO forces was in everyone’s interest. The nearly universal support among Afghans for peace, even if major disagreements persist on how to achieve it, combined with the unprecedented regional and great-power support for a political settlement, is why there’s an urgent need to get the peace process back on track before this consensus reverts back to destructive hedging behavior.

So if there is a chance to keep a peace process on the rails, how does the United States maximize that chance?

The collapse of the Camp David meeting, a late proposal, does not inherently need to unravel the larger peace effort. In a best-case scenario, good diplomacy could conceivably turn this weekend’s events into stronger negotiating positions for the United States and the Afghan government. A key danger to the agreement was that the Taliban might believe U.S. troops would leave regardless of whether the Taliban met their own commitments. Trump’s willingness to pull back makes it harder to argue that the administration is “desperate for a deal;” the opportunity now is to reinforce that a deal will proceed only on the basis of strict conditionality.

President Trump’s announcement of his South Asia strategy in August 2017 stressed this point. He said, “Conditions on the ground — not arbitrary timetables — will guide our strategy from now on.” Secretary Pompeo reiterated it on Sunday talk shows over the weekend. He told NBC’s Meet the Press, “any reductions in our forces will be based on actual conditions” on the ground. This linkage between a troop drawdown and a larger peace deal among Afghans is the single most important ingredient for success.

What happens if the United States withdraws from Afghanistan anyway, without a deal?

The risk in withdrawing troops even without an agreement with the Taliban is that it would remove all U.S. leverage in peace negotiations, and it would seriously weaken the capacity of the Afghan government and security forces. This could lead to the collapse of the current Afghan state, and a return to the anarchy and civil war of the 1990s that gave birth to the Taliban in the first place, and ultimately to safe havens for terrorists to attack the United States. This is why we should hope the decision this weekend did not mark the end of the peace process, but rather an opportunity for a next phase in which it is clear that a U.S. troop drawdown is contingent on the peaceful resolution of the conflict.

Andrew Wilder is the vice president of Asia programs at the United States Institute of Peace (USIP).