This article was originally published by the Middle East Institute on 14 February 2014.

Osama bin Laden may be dead, but his ghost was in Riyadh the other day, hovering over Saudi Arabia’s King Abdullah as he issued a decree making it a crime for any Saudi citizen to take part in a war outside the kingdom.

The obvious motivator was the civil war in Syria, where hundreds of young Saudis have been spotted in the ranks of the most radical jihadi groups battling both the government and other less extreme rebels. But the roots of the king’s action, and the problem it was designed to address, can be traced to the 1980s war against the Soviet occupation of Afghanistan.

END_OF_DOCUMENT_TOKEN_TO_BE_REPLACED 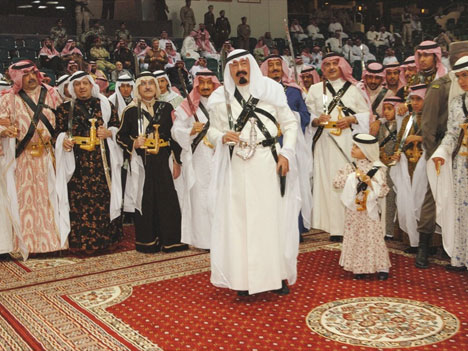 The death Saturday (June 16) of Saudi Crown Prince Nayef bin Abdul Aziz is likely to have little short-term impact on the economic or political life of the kingdom or on its international relations. But it does accelerate the inevitable transition to a new generation of rulers who may have very different ideas about how the al-Saud should rule their people, deal with their neighbors and manage the critical relationship with the United States.

Nayef was born in 1933 or 1934, before the discovery of oil, in an era when Saudi Arabia was an impoverished backwater important to outsiders only because of the annual Muslim pilgrimage to Mecca. He had no formal education, but with his brothers and half-brothers, he managed the kingdom’s transformation into a computerized, air-conditioned modern state that is a powerful force in the global economy.

There is no way to know what kind of king Nayef would have been. Before being designated heir apparent, he was the country’s no-nonsense top cop, who controlled the police and border security forces and the secret tribunals that have prosecuted thousands of suspected al-Qaeda members and sympathizers over the past decade.