The Women, Peace and Security (WPS) agenda has shown mixed results. While it is possible to report that some small gains in the number of women mediators in high-level positions are on their way, we are still at the beginning of a long journey. The growth of women mediators’ networks can be seen in this context. While these networks do seem to help professionalize women mediators and create linkages, they also face challenges. For example, these include issues related to the selection of mediators and the sustainability and linkages between networks. This blog explores the reasons for the growth of women mediators’ networks, and attempts a tentative analysis of where we stand in order to provide ideas for future efforts.

END_OF_DOCUMENT_TOKEN_TO_BE_REPLACED 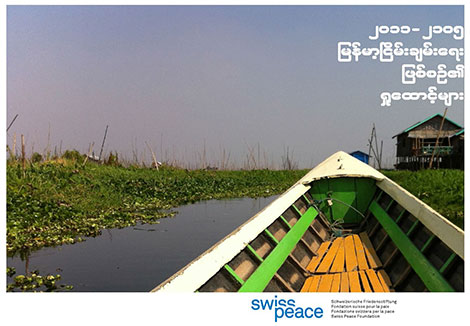 END_OF_DOCUMENT_TOKEN_TO_BE_REPLACED

When we think of efforts to bring peace to Myanmar, the main picture most of us have in mind is that of Aung San Suu Kyi. Even if today she is still an essential element of the Myanmar transition, the road to peace and democracy is paved by many other female characters whose faces are less familiar to us.

At the Negotiating Table

As in many other contexts around the world, it is mainly men who sit on both sides of Myanmar’s negotiating table. However, the recent dialogue between the government and the Karen National Union (KNU) was an exception in that it was the first time talks were headed by a woman: Naw Zaporah Sein, the current Vice-Chairman of the KNU. In addition to the head of the delegation, several members of the KNU peace negotiation team are also women, among them an influential legal expert. Additionally, several women sit in the negotiation room as observers and provide feedback to both sides after negotiations.