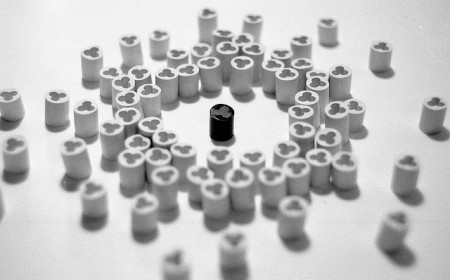 The wave of protests and social unrest affecting several countries in the Middle East and North African (MENA) region is to a large extent the result of the failure of the region’s economies to provide decent living conditions for their citizens, especially the youth. The MENA region is specifically confronted with a double burden, both demographic and economic: it is the youngest region in the world, with more than 60% of its 380 million population under 29, but this ‘‘youth bulge’’ is confronted with the highest youth unemployment rate in the world, standing at 25%, compared to an average of 14% internationally.

Economic growth in the region, fueled by rising oil prices, has been neither labour intensive nor job creating. Instead, the bulk of employment creation has been temporary and informal. Unemployment has surged among secondary school and university graduates as more educated young men and women enter the labour market. Moreover, educated youth in the MENA region prefer government jobs over those in the private sector: more than 60% of graduates in 2009 reported a strong preference for public sector employment in countries like Egypt, Syria, Saudi Arabia and Iraq. The reduction in public sector employment and the stagnation in formal private sector jobs, especially during the last economic crisis, have resulted in very long periods of unemployment among young people (two to three years of job searching in countries like Egypt, Lebanon, Iran and Morocco).

The exclusion from labour markets also disproportionally affects young women in the region. The gender gap is seen in the labour participation rates of women, which are the lowest in the world, as only one in four working-age women are in the labour market (compared to a world average of 50%). This can be attributed to cultural norms and women’s own choice to focus on their roles as caretakers, and also to their frustrations at poor labour market prospects. Young women also face an unemployment rate much higher than that for young men (e.g. four times higher in Egypt). Low labour participation and pervasive unemployment means that most women in the region are systematically excluded from labour markets. The loss of educational investment in women that this entails is enormous, not to mention the constraint that this imposes on their right to economic and social emancipation.

The frustration among Middle Eastern youth is compounded by social exclusion, as the lack of job opportunities results in lack of access to housing and delayed marriage, which hinders the transition to independent adulthood. The average cost of housing in MENA is eight times the average annual income and there are no housing policies that favour young people, who have no effective means by which to borrow against their potential future earnings. This is added to malfunctioning rental markets governed by laws that provide for indefiniteduration rental contracts and fixed rents. New research from Egypt has shown that reforming such laws could have a profound impact on youth: reforms in Egypt in 1996 allowed for definite-duration contracts with rent adjustment flexibility. This increased the supply of housing in the rental market and as a result the median age of marriage has decreased in that country.

The harsh living conditions experienced by most young people in the MENA region have largely contributed to a significant outflow of emigrants, mostly young males seeking jobs in other countries. Although no reliable data exists to date on the emigration patterns of the region’s young population, several estimates put it at 10-15% of this population segment. The high rate of graduate migration (9% on average, double the world average, and exceeding 35% in Lebanon and 17% in Morocco) poses a problem of a loss in human capital for these countries.  In some countries there is evidence that skilled migration is causing shortages of qualified labour in certain sectors (Morocco, Tunisia) or a drain on scarce qualified resources (Lebanon). Given the importance of youth migration in several MENA countries, it is surprising that most of them do not yet have an articulate and explicit outward migration policy or have only a passive one promoting migration as a way of reducing labour supply, easing social tensions and generating remittance revenues.

Promoting youth economic integration in the MENA region by stimulating job creation in the formal sector should be a top priority. The problems affecting the region’s job markets are not chiefly attributable to the “youth bulge” or the excess supply of job seekers, but rather to institutional and structural impediments to meaningful job creation. MENA governments should pursue a socioeconomic development path that promotes labour-intensive and job-creating growth, while at the same time reducing social inequality and exclusion based on age and gender. Policies that encourage job creation in the formal sector should be highlighted, including the establishment of a better operating environment for businesses through the reduction of red tape and the reform of outdated business legislation, and the active reduction of the cost of doing business for firms. For instance, establishing a new company takes on average a month and a half in MENA countries, compared to one week in developed economies. Borrowing interest rates in the region are also among the highest in the world, which imposes serious restrictions on private enterprise development and, therefore, job creation. The World Bank estimated in 2007 that firms in MENA countries would hire 10-25% more workers if the impediments they faced in their operations were reduced.

In parallel to promoting an economic environment conducive for job creation, MENA countries should tackle the expectations and skills development of their young workforce. This should be done firstly by upgrading the educational system away from the focus on national exams and the accumulation of degrees towards the buildup of skills that promote employability. Secondly, systematic training and internship opportunities should be introduced to improve the job experience of firsttime employment seekers. Thirdly, the attraction of public sector jobs should be reduced by implementing civil service reforms that promote productivity and merit-based pay. MENA governments should also provide basic social services that are targeted at the youth population through the provision of more inclusive public goods. These include better social protection, unemployment insurance, housing subsidies and public programmes that support housing for young people, and other forms of social aid that would ease the transition of young Middle Easterners into adulthood. Moreover, special attention should be given to the issue of the exclusion of young women from labour markets by providing public support for working mothers, investing in more kindergartens and daycares, and reforming outdated labour legislation to allow greater maternity leave and flexible, and protective employment contracts.

The emigration of the region’s youth should be tackled as a symptom of the lack of integration this population segment suffers from in the domestic economy rather than a valued source of foreign currency through remittances. This shift not only requires a change in the general mindset of policymakers in the region, but also the active involvement of the international community through the strengthening of international migration organisations and treaties. More investments should be particularly made in building the capacity of MENA countries to implement active migration policies, and to promote national human capital and employment promotion programmes.

Jad Chaaban joined the American University of Beirut in September 2006, prior to which he was an economist in the World Bank’s Middle East regional office, where he undertook research related to poverty reduction and economic management in Lebanon, Syria, Jordan and Egypt. This article was originally published with NOREF.

For additional reading on this topic please see:
The Situation in Iran: Human Rights, Youth and the Media
The Arab Spring: Socio-Economic Challenges and Opportunities
Youth, Armed Violence and Job Creation Programmes