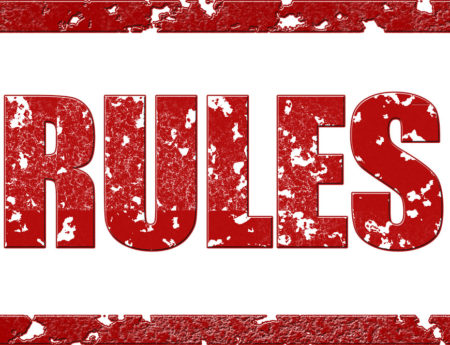 For China’s G20 goals are based on a sound political analysis. Chinese leaders see the G20 as an event borne out of the 2007 financial crisis and the G7’s inability to deal with it. For them, the G20 is pivotal. China has more influence than any G7 member present in Hangzhou, save possibly the United States. Yet China espouses some goals of the larger emerging economies, with rhetoric to spare for the little guys – those developing countries in need that do not have a seat at the table. In fact, China wants the G20 to move away from crisis-solving – and one imagines that if this applies to financial and monetary issues, it also applies to geopolitical issues. It wants the G20 to focus on long-term development issues and sustainable growth. These, along with innovation and the ubiquitous connectivity motto, constitute China’s keywords for the G20. Who could disagree with that, or with a completion of the International Monetary Fund reform, an international anti-corruption drive – a matter with deep domestic implications for China – and the industrialization of Africa?

There is a parallel with China’s recent positions on climate and environmental issues: the convergence with the US which allowed for the Paris climate summit, COP21, to achieve a common position, to which China and the US have just announced they would indeed adhere, centers on a very long-term objective with little intermediate goals and literally no verification mechanism. Even that, by the way, proved too much for America’s energy and industry lobbies, and as Obama’s capacity to obtain ratification in the next four months is not self-evident, China can now appear as a better contributor than the United States to climate mitigation.

In other words, the message is to move away from immediate issues and crises, set long-term and somewhat indeterminate goals, separate economics from politics, and achieve convergence at the G20.

Second track comments from China indicate another goal, partly reflected by official speeches. Chinese analysts want the G20 to become an international institution, with a secretariat and links to other international organizations, starting with the United Nations. In May 2016, China’s Foreign Minister Wang Yi singled out 10 objectives, of which one stands out: to reinforce ”the G20 Trade Ministers Meeting, Trade and Investment Working Group and other institutionalized platforms.” Here, the operative word is the proposed institutional nature for G20 meetings and groups. This time, this is not a swipe at the G7 group that excluded China, but at the World Trade Organization. In 2016, China has issues with both Europe and the United States regarding previous commitments at the time of its accession to WTO. One understands that China is looking at alternatives and alliances to avoid the risk of isolation on trade issues. If both Europe and the United States were to deny China effective market economy status and therefore continue significant anti-dumping measures, China will start a long legal challenge at WTO. But it will also build on its commercial strength with other partners and downplay the importance of WTO trade rules.

Chinese analysts sometimes acknowledge that all of the above might remain rhetoric. They realize that the G20 is an amalgamation of three different groups – the G7, the BRICS (Brazil, Russia, India, China, South Africa) and even MITKA (Mexico, Indonesia, Turkey, Korea, Australia), an interesting grouping of major but second-tier economies. They know that many G20 statements are empty talk or rubber-stamping of documents. It’s a long road for China’s goals to succeed, but some stones have been laid for that path. The Asian Infrastructure Investment Bank launched by China and the BRICS Development Bank headquartered in Shanghai are part of the same strategy, officially described as a complement to existing international institutions which on their part need adaptation. China, becoming the world’s largest capital exporter, unavoidable as such as investor or lender, is in an ideal phase to speed up this strategy. And even if third countries – and particularly competing emerging economies – worry about China’s pull, they simply do not have a real alternative strategy. Europe has goodwill but simply no institutional strength beyond its immediate neighborhood. The United States is strained by a deep skepticism towards international organizations, trade agreements or undertakings. Yet, the United States still ranks first in terms of Overseas Development Assistance, defined broadly with some goals such as counter-proliferation included.

China, increasing its own efforts, now ranks sixth, excluding overseas commercial lending which is often confused with assistance. In fact, China prefers to lend rather than give, but the country’s second White Paper on the topic shows it is also sprinkling humanitarian assistance and some development money to the neediest countries. In sum, China is moving slowly, behind its surface rhetoric, in the right direction.

The Hangzhou summit will take some of the heat off China’s most questionable policies. It is doubtful that the summit will matter on significant issues of the day – the Middle East tragedy, North Korea’s defiance of a non-proliferation regime, risks in the East and South China Seas, and the whole issue of growth in industrialized countries now souring their domestic political climate. But in the words of a Chinese expert, China “picks and chooses” among international organizations and issues. It has mostly left the major crises to the West and claims for itself paths to the future. The Hangzhou summit will mark a small but important step in the journey for leadership China began after the Great Recession hit the West.

François Godement is the director of the European Council of Foreign Affair’s Asia & China program and a senior policy fellow. He is a non-resident senior associate of the Carnegie Endowment for International Peace in Washington, DC, and an outside consultant for the Policy Planning Staff of the French Ministry of Foreign Affairs. His last published book is Contemporary China: between Mao and Market, Rowman & Littlefield, 2015.