A Primer on Countering Terrorism 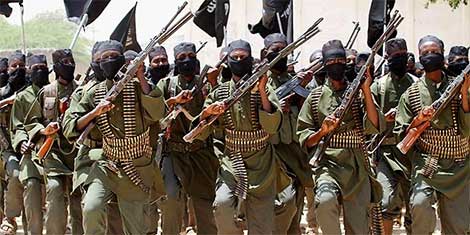 This article was published by the Australian Strategic Policy Institute (ASPI) on 2 May 2018.

Terrorism’ is usually defined as the real or threatened use of violence by a non-state actor against non-combatants or civilians to achieve political, religious or ideological objectives. This definition underlines the fact that the term carries many additional connotations. (The Washington-based Center for Strategic and International Studies has established a database of legislation that defines terrorism.)

With Daesh adjusting to a huge loss of territory and al-Qaeda resurrecting itself, we need to recognise the existence of several factors involved in terrorism if we are to respond to it effectively.

There are two additional elements. One is that terrorist groups will seek to justify their actions by presenting them as a response to state oppression (the state is always the stronger party).

Another feature is that terrorist attacks are a form of communication: the goal of the instigator is to bring attention to a cause, elicit a change and provoke a reaction. Provoking an overreaction by the state could help terrorists recruit and make their actions seem legitimate.

Given these features of terrorism, how should we go about developing a counterterrorism program? I suggest eight points that should be considered by policymakers.

First: threat perceptions. The public’s threat perceptions arise from the types of attack faced. For example, the 9/11 attackers used aeroplanes as bombs. Until then, the public could imagine a bomb being smuggled on board an aircraft, but few people imagined the use of the plane itself as a weapon.

It’s therefore unsurprising that about 67,000 people subsequently developed post-traumatic stress disorder and countless others refused to fly, opting to drive instead. According to one study, “an extra 1,595 Americans died in car accidents in the year after the attacks – indirect victims of the tragedy.”

Second: assumptions and expectations. There’s a prevalent assumption that terrorists can, at least in theory, strike anywhere and at any time. Somehow, we have adopted the expectation that the state needs to provide 100 per cent protection from terrorist attacks. Consequently, we allow events to dictate our responses, which often end up further alienating marginalised communities or increasing the cost of defending the homeland.

Third: location. Threat perception changes depending on the location. It’s one thing to read about terrorist attacks in places such as Iraq, Afghanistan, Israel or Pakistan, but it’s another to experience an attack in a Western country. This is why 9/11 was such a watershed event for many Americans, who had been largely untouched by foreign-based mass-casualty terrorism.

Fifth: innovation. Innovations occur at the tactical, operational, strategic and technological levels. Terrorists look for ways to ensure that they get the biggest bang and publicity for their buck, which may also see even a failed operation be of benefit to them. For instance, after Richard Reid’s ‘shoe bomb’, the US introduced a rule requiring airline passengers to remove their shoes for explosives screening. Similarly, after an attempt to smuggle liquid explosives onto airliners in 2006, a restriction was placed on the quantity of liquids in carry-on luggage, all of which now make air travel more cumbersome and costly due to extra security checks.

Sixth: rationality. Contrary to popular wisdom, terrorist groups are rational actors. They have a clear idea of their goal and the means to attain that goal. In most cases, they also want to survive, which is why they avoid large confrontations that would deplete their membership and finances. This may explain why Ayman al-Zawahiri and al-Qaeda have sought to distance themselves from mass-casualty terrorist attacks, as they recognise that such attacks bring too much ‘heat’ and are counterproductive because they harm Muslims more.

Seventh: there must be an enemy. Terrorists must identify an entity as being responsible for the harm suffered by the community that they claim to be defending. They exist and operate in a binary world of ‘them and us’, the saved and the dammed, good versus evil. This stems from a salvific theology that justifies their actions, which encourages death. The 2005 London bomber, Mohammad Sidique Khan, reportedly said in his ‘martyrdom video’ “We Love Death as You Love Life” – words that were uttered by Osama bin Laden in the 1990s.

Eighth: push and pull factors for radicalisation. Push factors include feelings of estrangement by or from mainstream society; socioeconomic marginalisation; relative deprivation; political exclusion; lack of prospects; and a desire to escape one’s current life. Pull factors centre on ideologies that provide justifications for attacks against others (such as non-Muslims or immigrants); charismatic leaders who tap grievances and provide an incentive for violence; the desire for adventure and recognition of one’s bravery; romanticism; and the promise of reward, whether tangible (position, wealth, or power) or intangible (paradise or martyrdom).

If we are to adopt a sensible counterterrorism policy, we must recognise that one key aim of terrorists is to provoke overreaction and thus cause social division and wasteful expenditure. One way to address this is to engage in sensible threat assessment. This includes understanding risk and expected loss by assessing the threat, the vulnerability and the consequences.

We must also promote the kind of public resilience that has been exhibited by Londoners, Parisians, and many other victims countries of terrorism. Most recently we saw this in Toronto, where despite the vehicle attack, people refused to be cowed and were out and about soon after.

Isaac Kfir is the Director of the National Security program and Head of the Counter-terrorism Policy Centre at the Australian Strategic Policy Institute.