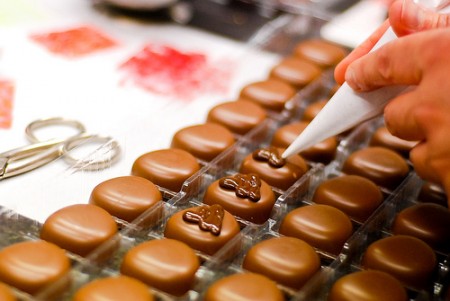 No more caretaker government, demands the King of Belgium. After almost one year of failed attempts to reach an agreement between the French and Dutch-speaking parties, King Albert II has officially asked Elio di Rupo, a French-speaking socialist, to lead a government.

For too long both communities have been struggling over the country’s institutional set up. Several negotiators attempted to break the deadlock, but without success. Now everyone, including the King, is tired of the impasse and Elio di Rupo will receive a second chance to break the cycle.

Last year he failed to create a government coalition, but his role will be slightly different this time. Until now the King had only appointed politicians to find a consensus for a new government, the so-called “preformateurs”. Now he actually asked Elio di Rupo to  form his own government and become Prime Minister. A new strategy that triggers a paradoxical feeling: either the situation will soon be solved, or things will get really desperate.

Even if Elio di Rupo succeeds, the real problem will yet have to be solved. The separatist Flemish Nationalist party, which won the largest share of votes in last year’s general elections, will not simply give up on achieving more autonomy. They argue that they are tired of subsidizing the poorest part of the country, French-speaking Wallonia. A state reform appears inevitable. END_OF_DOCUMENT_TOKEN_TO_BE_REPLACED

Belarus – Stability on a Shaky Foundation 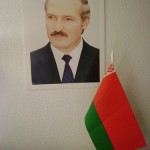 Alexander Lukashenko is still there, whether you like it or not. As president of Belarus since 1994 he has overseen the ostensible stabilization of his country, if you are willing to ignore how it has been achieved, that is.

But what are Lukashenko’s prospects after the next presidential election, expected to be held at the beginning of 2011?

After the collapse of the Soviet Union (a collapse it opposed) Belarus took a unique way, different from the 14 other former Soviet states. While the others went through political, economic and social turmoil, Belarus’ path resembled that of a light version of Soviet socialism with stability and modest prosperity.

Over the years, Lukashenko centralized economic and political power in the hands of his regime. Two thirds of Belarus’ economy is still state owned. This in turn assured loyalty from the bureaucracy and the political elites who could not  get access to sources of national wealth, which would have allowed them to develop a political appetite and gain leverage. Unlike in Ukraine or Russia, no ‘oligarch class’ could develop, making the president the ultimate re-distributor of wealth and political power in the country.

After the constitutional reform of 1996 a semi-presidential system was established that led to a complete dismantling of a western-style system of checks and balances. The legislative powers of the parliament are weak, the president controls the executive branch and the judiciary is simply an extension of the presidential administration. Since there is no liberal elite, pressure for liberalization and cooperation with the West is practically non-existent.

Another pillar of regime stability is sustained public support, despite rigged elections and lack of freedoms. Opinion polls from 2006 and 2008 demonstrate public support for the Lukashenko regime and its ability to ensure economic growth, low unemployment and social welfare – underlying the regime’s sustainability in a very real, tangible way.

Yet, what looks like a success story comes at a price that will be increasingly felt in the future – dependence on Russia. END_OF_DOCUMENT_TOKEN_TO_BE_REPLACED