By Bing West and Owen West 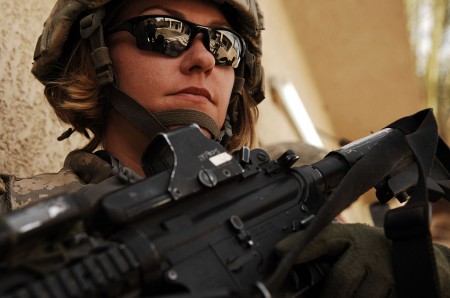 This article was originally published by War on the Rocks on 23 March 2016.

On February 2, the Senate Armed Services Committee heard conflicting testimony from the Army and Marines about integrating women into the infantry. The Marine Corps had opposed the change, drawing the ire of Navy Secretary Ray Mabus. So he took gender integration a giant step farther, ordering the Marines to abolish their separate male and female boot camps and to replace them with co-ed facilities. Mabus gave the astonished Marine leadership 14 days to present him a plan that included “removing ‘man’ from job titles.”

Mabus had previously antagonized Congress with his ideological agenda. His plan to shift half the fleet to alternative energy sourcing was so costly that Congress moved to prevent it. The 18 weeks of maternity leave he installed, much more generous than corporations, was rolled back by the secretary of defense. But targeting boot camp is more than ideological overreach. It will do grave harm to America’s battlefield ferocity.