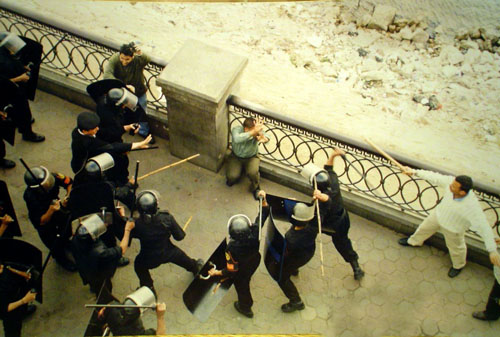 This article was originally published by the Atlantic Council on 11 September 2014.

Today, all TV journalists working in Egypt know that tasreeh—a monthly-renewable permit issued by the interior ministry for accredited journalists to film on the streets—is back. In the wake of the January 25 Revolution, it had disappeared from the bureaucracy, but now police are once again preventing journalists from filming without permission. While some, myself included, have managed to talk their way out of the resulting problems as we discovered the reintroduced regulation this summer, others haven’t been so lucky. Footage filmed by a France24 team was erased by police while working on a story on subsidies in July.

The three-year moratorium on the permit, and other restrictions, allowed independent journalism to flourish. Young freelance reporters driven by a revolutionary spirit were able to work and establish themselves on the scene, away from the structure of bureaucratic requirements. Independent initiatives in the field stand as a testament to the positive transformation. END_OF_DOCUMENT_TOKEN_TO_BE_REPLACED 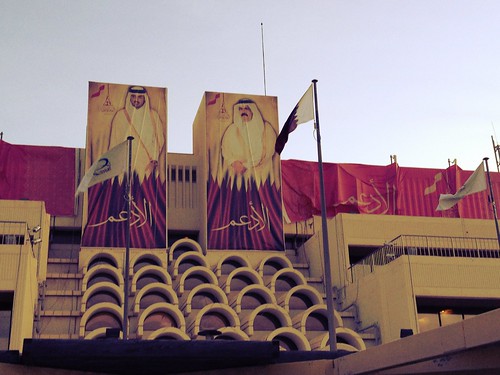 The asymmetrical proxy conflict currently being fought in Syria has many interested state parties and Qatar has taken a prominent, multi-track approach to influence the outcome. The Qataris have met with Assad, armed rebels, provided facilities for the US to train militants, paid defectors and–employing a novel methodology– used the trappings of civil society in the form of a ‘report’ on torture and the coverage provided by a ‘free press’. Qatar’s participation raises some interesting questions: What is the goal of this geopolitical manoeuvring? Are they using a civil society façade to achieve  state goals? END_OF_DOCUMENT_TOKEN_TO_BE_REPLACED