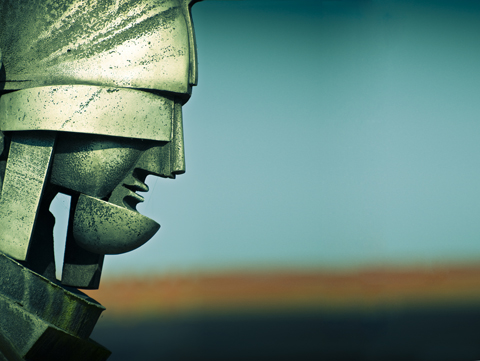 As we discussed yesterday, Raimondo Montecuccoli, along with contemporary military engineers like Sébastien Vauban and Blaise de Pagan, provided a significant link between the broadly prescriptive military theorists that preceded them and the rigid mechanical-mathematical treatments of hard power that subsequently appeared during the Enlightenment.  The military rationalists of that era, including Frederick the Great, Henry Lloyd, Heinrich von Bülow, Antoine-Henri Jomini, and a collection of lesser lights that went by the collective (and telling) name of the Auteurs Dogmatiques all embraced the linear thinking of the New Physics or “Natural Philosophy” of the 18th century.  (The latter group included the now largely forgotten Marquise de Santa Cruz, the Marquise de Feuquières, Marshal Puységur and other creatures very much of their time.)

They categorically rejected the spit-into-the-wind thinking of Marshal Maurice de Saxe, who famously characterized war as “a science so obscure and imperfect” that “custom and prejudice, confirmed by ignorance, were its only foundations and support.” (My translation.)   Instead, the soldier-thinkers of the Enlightenment embraced the intelligible, mathematical logic of Isaac Newton and his disciples.  That Newton wasn’t actually as irremediably linear and mechanistic as they believed was beside the point.  These men in arms were convinced that reality was “out there.” END_OF_DOCUMENT_TOKEN_TO_BE_REPLACED