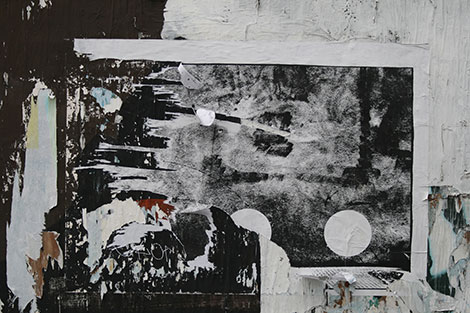 This article was published by the World Policy Institute on 18 May 2017.

A video that Moscow used as key piece of evidence that its ally President Bashar al-Assad had nothing to do with the chemical attack in Idlib which killed more than 80 people, including many children and women one month ago, was in fact released two years ago and first cited a month before the attack actually took place.

The video was pushed out across Russian state-controlled airwaves and on social media shortly after President Donald J. Trump launched the first direct U.S. military strike on Syrian government forces.

It showed what looks like a makeshift emergency room: doctors working frantically around the small bodies of limp, half-naked children, their eyes rolling back and noses foaming. A girl in pink underwear lies on top of an elderly woman who seems to have already died. One bed over, a doctor injects a long needle deep into a small child’s chest.

The video is almost unwatchable, capturing the brutality of Syria’s six-year war that has decimated the country’s population. But the way the video has been spun shows how Russian disinformation can plant doubt, obscure facts, and manipulate mainstream debate on the Syrian war and its consequences.

Russian officials and state-media went into overdrive after the April 4 chemical attack in northern Syria and the U.S. military response, circulating contradictory theories about the attack, the most cited version being that the attack never happened and was staged. The video from the makeshift emergency room was used as key evidence that the attack was in fact fake news.

All of the Russian reports omitted a crucial fact: The video was two years old.

It was originally uploaded by a local division of the White Helmets, a volunteer emergency rescue worker group that operates in rebel-held Syria, after a chemical attack in the Idlib province that killed at least six people in March 2015. But now, Russian and Syrian officials said that an NGO called the “Swedish Professors and Doctors for Human Rights” (SWEDHR) has evidence that the White Helmets video was staged, discrediting both the authenticity of the gas attack and of the White Helmets. The omission of a time references by the Russian media and by government officials created the impression that the video showed the “staged” aftermath of the more recent chemical attack this April, rather than one that took place in 2015.

“Have you read the report by Swedish Doctors for Human Rights that showed the duplicity of the so-called White Helmets?” Syria’s representative to the U.N. asked during a charged Security Council meeting on April 12, 2017. By that time, many in Russia had. RT, Sputnik, Rossiskaya Gazeta, Pravda, Zvezda TV, Ren TV and dozens of other Kremlin-controlled media outlets republished SWEDHR’s conclusions in a storm of coverage after Trump’s retaliatory air strike on April 6. Searching “White Helmets” in Russian on Google brings up several pages that one after the other cite SWEDHR in the article title. Nearly all of them omit that SWEDHR’s findings apply to a video from 2015.

SWEDHR’s findings were first published in an article on the group’s online blog “The Indicter” on March 6, 2017—nearly a month before the alleged chemical attack in Syria that prompted Trump’s strike. In it, the Swedish doctors questioned the authenticity of the two-year-old video, making several claims: The video shows “life-threatening” or “simply fake” medical procedures; the cause of the children’s death more likely could be from opiate drug overdose than from a chemical attack; the White Helmets made a propaganda video with already dead children; and that the injection given to the small boy was staged and likely “would have killed the child!”

Amnesty International in Sweden, Human Rights Watch in Sweden, the Swedish Society of Medicine, and the Swedish Medical Association all say they never heard of SWEDHR, which describes itself as an “alternative NGO.”

But SWEDHR was noticed by Russia’s foreign ministry. On March 16, 2017 the ministry’s spokeswoman Maria Zakharova spoke at length about the White Helmets, a group celebrated in the West (especially after Netflix’ Oscar-winning documentary about the organization) but considered a terrorist organization in Russia. Without mentioning when the original White Helmets’ video was filmed, Zakharova cited the Swedish doctors’ findings which she said proved that the White Helmets are “talented directors and actors” and that the video even shows a child being “literally murdered under surgical lamps.”

And then after the April 4 chemical attack and the subsequent diplomatic fallout, Zakharova’s statement and the Swedish research proliferated on airwaves and social media in Russia. That SWEDHR’s key evidence was a two-year-old video was simply never mentioned. By omitting any time references, Russian media created a confused picture where only one message was clear: Russia had proof that rebels in Syria and the West were lying about the chemical attacks.

The Swedish organization which enabled Russia’s efforts is made up of “Swedish professors, PhDs, medical doctors and university researchers,” according to its website. The head of SWEDHR is Professor Marcello Ferrada de Noli, a frequent contributor to the Kremlin’s RT network where he comments on the war in Ukraine and Syria. Noli declined to comment for this article.

According to reports from Swedish Radio, Dr. Leif Elinder, an expert cited in SWEDHR’s findings alleging that the White Helmets video was staged, is a retired pediatrician who was fired from the Sweden’s Social Insurance Agency for making non-factual medical assessments.

Elinder explained that he joined SWEDHR two years ago because of his interest in human rights and because one of his life goals, he said, was to “prevent World War III.” He sounded surprised by the reach of his comments about the White Helmets video and said that Noli asked him to comment specifically on a scene in the video where a Syrian boy is given an injection in the chest. “I saw the pictures. I commented on the pictures. And my assessment was that this was not done in a professional way and I explained why,” Elinder said.

All of the specialists agreed that the individuals in the video did not appear to be carrying out a resuscitation attempt according to accepted guidelines and that the footage where the Syrian boy was given an injection was not a usual resuscitation method. All of them however, said it would be impossible to conclude from the brief video that the scene was staged.

“There is nothing to indicate this is clearly a ‘faked’ procedure, it seems to be more of a desperate or a poorly executed one,” said Dr. Melissa Hersh from NYU Langone.

The accusation that the April 4, 2017 chemical attack was staged was just one version of events that the Kremlin floated. Copying a disinformation strategy that was used when Flight MH-17 was shot down by Russian-backed forces in Eastern Ukraine, different Russian ministries released contradictory accounts of events that day. The Russian defense ministry announced that an airstrike had been carried out by the Syrian Army on a rebel chemical weapons factory. The Russian foreign ministry said both that rebel groups were responsible for gassing Syrian civilians and that the attack was actually fake. Neither ministry mentioned what chemical weapons experts in the West were quick to point out: The nerve agent Sarin that was found in victims of the attack is not effective if immolated in an explosion, ruling out the plausibility of Russian defense ministry’s version that a Syrian air strike caused the gas to spread.

Much of Russian disinformation about real events and violence is built on reports and comments by obscure groups or fringe politicians that ultimately succeed in simply confusing what actually occurred.

“Especially after the Iraq War, if you’re not confident in the truth, no one wants to act. So even when the truth is obvious, Russia has a way of making it not obvious anymore,” Miller said. “That’s their whole strategy — as long as no one acts, they can do what they want. It’s working perfectly.”

SWEDHR’s research continues to be circulated by Russian media and government officials. In the United States, conspiracy theories spread across far-right and -left “alternative” news sites about the attack, some of them also citing the Swedish research. Within hours of the U.S. retaliatory strike on April 6, #SyriaHoax was the top trending Twitter topic in the United States, according to Trends24, a company that tracks Twitter data.

More recently, the Swedish doctors published updated “evidence” confirming their findings. They even uploaded a video summary of their research to Youtube which, strangely enough, is set to a violin score called “From Russia with Love.”

This article was previously published by Coda Story.

Katerina Patin is a reporter and as associate editor for Coda Story.