Rouhani’s Second Mandate: What to Expect? 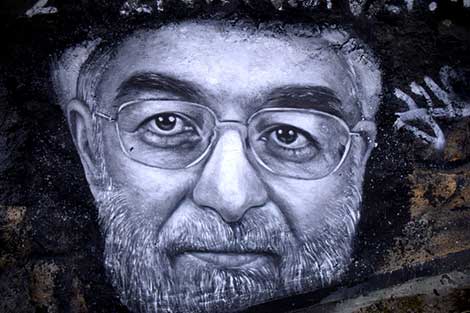 This article was originally published by E-International Relations on 25 May 2017.

The twentieth presidential election since the 1979 Iranian revolution has been characterized by an impressive voter turnout. Approximately 73% of the Iranian electorate went to the polls, re-confirming Hassan Rouhani as president of the Islamic Republic of Iran with 23,549,616 votes (57%) against the 15,786,449 votes (38%) for the principlist presidential candidate Ebraim Raisi. A pragmatist, Rouhani’s main achievement during his first four year in power was the Joint Comprehensive Plan of Action (JCPOA), a landmark nuclear deal concluded in July 2015 between the Islamic Republic, the P5+1 (France, Germany, the United Kingdom, the United States, China and Russia) and the European Union . The re-election of Rouhani will safeguard the agreement and deliver a temporary setback to the powerful ultra-conservative factions, namely the bastions of the 1979 Islamic revolution: the Revolutionary Guards, the Basij and the judiciary.

Rouhani’s pragmatic agenda during his first mandate focused on the nuclear deal as a tool to boost economic recovery through the lifting of international sanctions. According to the International Monetary Fund (IMF) Country Report published in February 2017,  the ‘historic’ deal was successful as the economy was  “boosted by the swift recovery in oil production and exports, real GDP grew by 7.4 percent in the first half 2016/17, recovering from recession in 2015/16”.

However, other developments made bleak reading: the non-oil sector growth averaged only 0.9%, the gap between rich and poor has increased and unemployment has risen to 12.7%, hitting primarily young Iranians. Although these constraints are structural and should not lead us to question Rouhani’s positive record during his first mandate, they have been exploited by his main competitor during the recent electoral campaign. Raisi, a 56-year-old religiously conservative  judicial official, challenged Rouhani by offering a future conforming to the teachings of the Supreme Leader Sayyid Ali Hosseini Khamenei and appealing to voters frustrated by unemployment rates, running at over a quarter among young people. Previously regarded as a potential successor to Khamenei, Raisi put job creation at the center of his campaign and stressed the importance of social justice through the reduction of the gap between rich and poor. In terms of foreign policy, he stressed Iran’s need for self-sufficiency, emphasising the risk ‘flirting’ with the West posed to the very survival of the Islamic Republic.

To be sure, the battle for economic development, job creation and social justice won’t end with the recent electoral round. On the contrary, it is going to be the main field of contention between the government and the opposition in the years to come. While the election results should be interpreted as a reward for the nuclear deal and a sign of trust from the Iranian people towards Rouhani’s pragmatic approach, the stakes during the president’s second mandate are high as Iranians expect major economic and social improvements. In this regard, Rouhani will face harsh opposition from Raisi and his supporters, who seem to be more unified than ever. Raisi may have lost the election but he is not a negligible force in current politics in Iran. Although he eventually obtained roughly 8 million of votes less than Rouhani, it is important to note that he announced his candidature fairly late in the process – only in April 2017, when the so-called conservative front was still very divided. He has been able to vigorously solidify the conservative camp in a very short span of time, exploiting Rouhani’s weak achievements in social justice and economic development and further strengthening the chronic polarization of Iran’s political scenario.

For those who hope the victory of Hassan Rouhani will lead to rapid political liberalization, it is important to bear in mind the complexity of Iran’s political reality and Rouhani’s place within it. Rouhani should not be regarded as a moderate reformist but as a pragmatic politician with a rather traditional vision of Iran’s society. The term ‘reformist’ is indeed widely misused by Western media and does not really fit into the current Iranian political context. In Iran’ s recent history, reformism has been represented by a group of political parties and organizations who supported President Mohammad Khatami (1997-2005) and, later on, presidential candidate Mir-Hossein Mousavi during the 2009 presidential elections. The movement has lost currency during Khatami’s second term and was later suppressed after the 2009 Green Movement protests, with its charismatic leader Khatami banned from the media. Their political agenda that prioritized freedom of expression, a more politically active civil society, free market and a “dialogue among civilizations” in opposition to Samuel Huntington’s notion of “clash of civilizations”, has not been as central in Rouhani’s agenda.

Incorrectly regarded as a reformist, Rouhani has an agenda that resonates Khatami’s one primarily in relation to the need for normalizing relations with the West, but apparently just for very practical reasons. The nuclear deal was emblematic of Rouhani’s pragmatic approach aimed at avoiding radicalization with the US, strengthening profitable partnership with Europe and, most importantly, placing Iran on the path of economic recovery. Thus today’s ‘reformists’, unlike past reformists, do not challenge neither the authoritarian traits of the Islamic Republic nor the questionably democratic leadership of Supreme Leader Khamenei, and do not really respond to a powerful, though repressed, desire for democratization on the part of the Iranian nation, especially young people. It should therefore be remembered that Rouhani is situated only at the moderate end of a conservative political spectrum, and importantly, has enjoyed the support of  conservative factions persuaded to do so by Khamenei’s, who remains the ultimate decision-maker of Iran’s domestic and foreign policy important decisions.

Rouhani succeeded therefore in creating consensus between competing factions around an urgent need to heal the Iranian economy, but he hasn’t prioritized democratization and promotion of internationally recognised human rights as it is sometimes assumed. Although the presence of women in institutional bodies seems to have increased under Rouhani’s first term, and the president signed, on December 19, 2016,  the ‘Charter on Citizens’ Rights’, relevant improvements in the field have yet to occur. The September 2016 report of the UN Secretary General highlights that human rights violations are extensive, including the application of the death penalty, use of torture, lack of freedom of expression and the persecution of religious minorities. More recently, in March 2017, Ahmed Shaheed, the UN Special Rapporteur on the Situation of Human Rights in the Islamic Republic of Iran, reported that reforms have not brought about any substantial change. The most important feature pointed out by the United Nations is that human rights are specified in the Iranian constitution, but they are not effectively implemented.

This may sound surprising, given the better image of the Islamic Republic portrayed by Western media after the nuclear deal. The truth is that Rouhani has artfully succeeded in improving Iran’s image abroad by containing hardliners’ anti-Western rhetoric, with the purpose of creating a better ground to achieve – and preserve – the nuclear deal, but his genuine willingness to promote democracy and human rights remains debatable, yet to be proven. And even if he is willing to promote them, the harsh polarization of Iranian politics and the clash with the ultra-conservative forces inside the Islamic Republic won’t probably allow him to do so.

Nevertheless, hopes are still alive. During the electoral campaign, Rouhani pointed out Raisi’s controversial past, accusing him of co-ordering the executions of several political prisoners in 1988: “The people of Iran are saying they don’t accept those who only hung and imprisoned people for the past 38 years”. Just after the election results were confirmed on May 21, the president pledged freedom for the Iranian people and challenged the ban imposed by the religious judicial authorities on even referring to the former reformist President, Mohammad Khatami, by praising him explicitly. The hope of the progressive forces within Iran is that Rouhani’s statements were not only a means to electoral ends and a mere expression of a populist strategy, but something genuine.

As for Iran’s foreign policy, Iran gained major influence in the Middle East region during Rouhani’s first mandate. Resulting, amongst other factors, from former US president Barack Obama’s view that American involvement in the Middle East did not pay off in terms of regional stability, and that regional players, such as Iran and Saudi Arabia, should play a major role in stabilizing the region, the Islamic Republic expanded its influence in troubled countries such as Iraq and Syria. In addition, the Islamic Republic has long been supporting groups such as the Lebanese Hezbollah and the Palestinian Islamist organization Hamas, and is involved, to an uncertain degree, in backing Houthi rebels in Yemen and Shiite opposition factions in Bahrain. Rouhani is not expected to reverse the previous foreign policy agenda, unless the Supreme Leader, who has the final say on foreign policy matters, decides otherwise.

As for relations with the West, Rouhani will keep his commitment to containing anti-American rhetoric and safeguarding the nuclear deal in order to further promote economic recovery and stimulate trade and foreign investments in the country. Hence he won’t give US president Donald Trump solid pretexts to reverse the deal, although Trump’s attitude towards Iran seems to be much less aggressive than originally expected. The US renewed the suspension of sanctions on April 18, when an official letter was sent by the State Secretary Rex Tillerson to the President of the House of Representatives Paul Ryan. It means the Trump administration officially recognized Iran’s compliance with the nuclear agreement provisions, despite the powerful hostile rhetoric adopted by Trump in the recent American electoral campaign. No doubt we might witness a revival of Trump’s rhetoric in the future, but this should be interpreted more as the president’s willingness to reassure his Arab and Israeli allies than as a serious threat to the deal.

Whereas US-Iranian relations will not probably witness any major changes, there is no doubt that Iran will seek closer relations with Europe. After the nuclear deal, the Islamic Republic has indeed re-prioritized  what can be regarded as one of Iran’s foreign policy pattern in the country’s contemporary history. Iran has aimed at avoiding over-reliance on specific countries by diversifying its commercial partners and, most importantly, developing close ties with countries with less direct political axes to grind. To this end, Iran sees it as natural that links with the European Union (EU), which does not pose any serious threat to the survival of the Islamic Republic and shares with it a long history of profitable commercial partnership, should develop steadily.

That said, it is not a surprise that Iran’s trade with the EU has considerably increased over the past two years, especially its exchanges with Italy, which is its major European trade partner at the moment followed by France and Germany. The EU is currently Iran’s fifth trading partner and, in the words of the High Representative of the European Union for Foreign Affairs and Security Policy Federica Mogherini, the EU wants to re-become Iran’s first choice. Iran offers indeed great opportunities to European firms in search for new markets. We should expect this trend to substantially increase during Rouhani’s second term.

Vittorio Felci is a Researcher with Lund University’s Center for Middle Eastern Studies specializing in Iranian affairs. He is also a research fellow at the Department of History, University of Szeged.