Justice and Hope for Afghanistan? 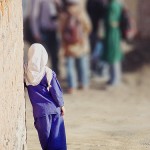 As the world anticipates Obama’s long-awaited strategy review for Afghanistan, the debate around the war intensifies with politicians, experts and laymen weighing in on the desired course of Afghan policy.

A war that has lasted eight years, and that costs the US $3.6 billion a month, has become a source of intense historical and strategic debates about the nature of conflict in South Asia, the region’s geopolitical significance, and the role of US power in the modern era. With America’s Vietnam legacy in mind the pressure to deliver something positive is immense.

But in these debates about strategy- how to quell the Taliban insurgency; how to address the region as a whole, particularly with Pakistan’s shortcomings in mind, and how to strengthen the Afghan government without giving Karzai carte blanche, etc – the humanitarian focus is exactly what seems to be missing.

Policy debates tend to focus on high-level strategy and the US effort through a stark cost-benefit analysis. Are strategic gains in the AfPak theater commensurate with the costs? Is winning, or at least not losing, in Afghanistan vital in the war against global terrorist networks like al-Qaida? While experts such as Peter Bergen rightly point out that Afghanistan is crucial to global counterterrorism because physical, operational and financial links between al-Qaida and the Taliban have in fact been growing- the question of staying put or leaving is most often presented in strikingly dispassionate terms.

What about the Afghan people? A key question for me is what failure, or the withdrawal of US troops, would mean for the Afghan people. Can the US, and its allies, really set the precedent of invading a country, partly on humanitarian grounds, and then leaving with little or no concern for the fate of the people it was meant to ‘save’?

Given that the growing insurgency feeds off mounting misery in the nation (many join the Taliban, for example, for financial reasons), should the debate not focus more on the deep causes of conflict, corruption and instability – the causes and forces that make pure strategy-making entirely futile? Indeed sending more troops will not make the slightest difference unless these deep causes are addressed.

At the same time I believe leaving is not an option (the Taliban-al-Qaida team is a much more brutal enemy that the North Vietnamese if you choose to see the conflict through the Vietnam lens), and given this reality both debate and policymaking should refocus on the human element. General McChrystal’s emphasis on ‘hearts and minds’ and avoiding civilian casualties is a sign of this long-overdue shift, but it is still missing from the broader public debate.

While it is perfectly understandable that the public in the UK and the US debate the relative merits and costs of the Afghan war, the brutal reality in humanitarian terms should be brought back to the core of this discussion. The very values that liberal democratic societies are built on are at stake and while it would be entirely utopian to advocate interference in every humanitarian disaster in this world, a conflict that was started partly on humanitarian grounds cannot simply be abandoned in the name of expediency. In a conflict so full of uncomfortable realities, this is perhaps the most uncomfortable one.

While Afghan democracy activists like Malalai Joya advocate US withdrawal as a prerequisite for peace, stability and democratization (and their dismay and anger with the US/NATO mission is entirely understandable), US and allied forces and their political leaders, in my opinion, have a duty to clean up, shape up and start taking the concerns, worries and grievances of the Afghan people seriously.

The core objective should be to establish a solid foundation for democracy and human rights in the country; a foundation that Afghans themselves can build on. For this, educational and physical infrastructures need to be built and a basic but solid level of security needs to be established. Karzai and his entourage need to be put under a maximum amount of pressure to reform the country so that a bottom-up force of democratization can slowly take root. It is not a matter of following through with some kind of neoconservative mission of democracy imposition, but rather granting the Afghans a fair opportunity to emerge out of decades of conflict and misery.

Easier said than done, certainly, and with no guarantee of success, but is there really an alternative?