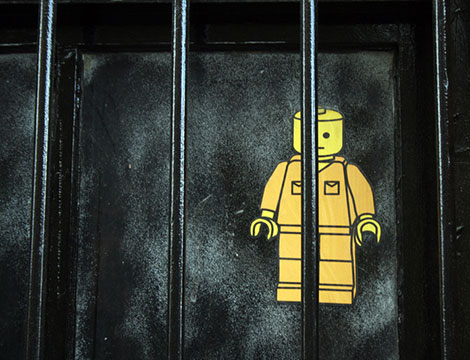 Co-opting North Korea’s elite to depose Kim is not just the only feasible path toward neutralizing the nuclear threat—barring a reckless and likely catastrophic “preventive war”—but also may be the only opening to dismantle the North’s prison camp system and preserve the lives of its victims. None have ever escaped the North’s “absolute-control-zones,” which offer no possibility for release. Any strategy to precipitate political change must take into account both the impact any action may have on these prisoners and the urgent need to address their condition.

Another RAND Corporation study from April 27, “Preparing North Korean Elites for Unification,” asks the vital question of what would happen if such a strategy were not followed, and soon. Continued escalation in the North, and the reported U.S. “red line” of proof of nuclear ICBM capability, suggests a horrendous war could be on the horizon. Decisive action may be needed to pre-empt this threat.

The report, which was sponsored by the Seoul-based Korea Foundation, states, “North Korean propaganda indoctrinates its elites to believe that unification, especially unification led by the ROK, would be a disaster for them. At unification, according to one North Korean propaganda statement, the United States and the ROK will ‘exterminate the core class families first’ … Many worry that South Korea will treat them brutally, throwing them in prison, executing them.”

South Korea and the international community should begin surreptitiously reaching out to North Korea’s elite to counter such incendiary propaganda. The RAND report suggests that Kim’s “purges and brutality have made many of his senior personnel very scared of him, while at the same time his leadership is also largely seen as failing.” These officials may therefore be responsive to overtures from Seoul.

As former Pyongyang ambassador Thae Yong-ho has highlighted, there is no credible “second-in-command” within Kim Jong-un’s totalitarian framework, rendering the peaceful reunification of Korea feasible “if something happens” to Kim. Thae also emphasized the threat that wide-scale elite defection could pose to the regime, but explained that fear was keeping discontented officials from organizing a coup.

Thus, as Thae stressed recently, it is important for South Korea and the global community to attempt to convince these elites that they would not be punished by Seoul in the event of reunification—but under the condition that they verifiably protect and release all political prisoners.

Thae’s risky defection—precipitated in part by a reported purge of nearly 1,000 people—and his ensuing celebrity status in the South demonstrate the viability of such an initiative. South Koreans have embraced Thae, despite being previously counted among the ranks of the North Korean regime’s star propagandists. Ex prison-camp guards have also been rehabilitated and integrated into South Korean society, even leading to reconciliation with former prisoners.

While taking any step toward amnesty, we must carefully consider the impact these actions could have on the people imprisoned by the North Korean regime. At a U.N. hearing, an ex-guard cautioned that Kim would massacre all political captives at the first sign of war in order to cover up evidence of his atrocities, testifying: “In case a war breaks out … we are supposed to wipe out the prisoners. … Every camp has artillery to annihilate all evidence, should there be an attack or a war breaks out on the Korean Peninsula.”

Offers of amnesty to the North Korean elite must be contingent upon the release of all political prisoners and termination of egregious human rights violations. It’s vital to remember there are up to hundreds of thousands of innocents, approximately one-third children, who are victims of crimes against humanity in Kim’s network of concentration camps.

The policy of conditional amnesty should be conveyed via 24-hour radio broadcasts into North Korea, as well as leaflets and other media disseminated across the whole country. Defectors’ cell phone communications and the networks of North Korean workers outside of the region—many of whom are from elite families—can be leveraged in addition to carefully selected conversations at high-level international meetings.

The case for reunification is rooted in history; the division of North and South was not inevitable, and respected thinkers from across the political spectrum have championed a unified Korea. Conditional amnesty accompanied by reunification may be the only way to protect the lives of political prisoners and dismantle the prison camp system. A procedure that absolves elites, soldiers, and security officials who cease human rights violations and cooperate, thus including them in Korean reunification, appears necessary and may be the most pragmatic solution to the Korean crisis.

Robert Park is a founding member of the non-partisan Worldwide Coalition to Stop Genocide in North Korea and a former prisoner of conscience in North Korea.