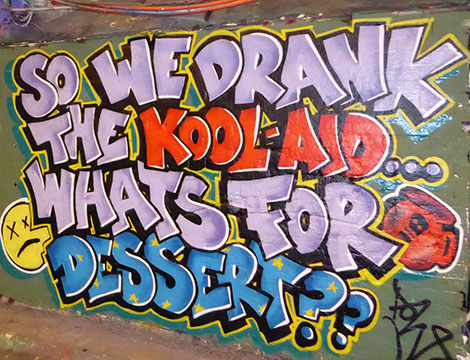 This article was published by the European Council on Foreign Relations (ECFR) on 3 January 2017.

With both sides ignoring the decline of the liberal world order, the Brexit process is set to result in tragedy for both the UK and EU.

This past year changed everything, except how governments think. Nowhere is that more apparent than in the pre-negotiations for Brexit. With both sides ignoring the far-reaching implications of Donald Trump’s election as US president – namely, the decline of the liberal world order – the process seems set to produce a tragedy for the United Kingdom and the European Union alike.

Judging by the behavior of British Prime Minister Theresa May’s diplomats, one might believe that Brexit is the only real uncertainty nowadays. Indeed, they seem convinced that their only imperative – beyond protecting the unity of the Conservative Party, of course – is to secure as many benefits for the UK as possible.

Because the government’s Brexit negotiators are assuming that they can count on continued global growth, they are focused on securing a bigger piece of the pie for the UK. And because they also assume that the liberal international economic order will endure, they expect that, once “liberated” from the shackles of the EU, the UK will find eager partners with which to sign trade deals. Finally, the Brexiteers seem unconcerned about the security implications of going it alone, because they assume that the United States will maintain its role as global policeman, not to mention continued protection from NATO.

That’s a lot of assuming. But the British are not alone in thinking that nothing has changed. In Brussels, EU institutions – and European Commission President Jean-Claude Juncker in particular – still regard a Brexit-triggered Euroskeptic domino effect as the biggest threat to the Union.

In such a context, the goal of the EU’s Brexit negotiators would be straightforward: make clear that being a member of the European club brings substantial benefits, and that leaving carries substantial costs. That is the logic that drove EU Council President Donald Tusk to declare that the UK has two options: hard Brexit or no Brexit. It is also the logic behind member states’ refusal to engage in pre-negotiations or to accept a transitional arrangement.

But this logic is for the world of yesterday – and even then, it didn’t quite work. During the Greek crisis, the EU’s strategy was to decide the terms of a deal and tell Greece to take it or leave it. If Greece tried to negotiate, the EU made the conditions progressively less attractive, until the pressure was too much to bear.

Greek Prime Minister Alexis Tsipras and his then-Finance Minister Yanis Varoufakis were shocked by the EU’s intransigence during the 2015 negotiations, in which it, too, had much to lose. Nonetheless, Tsipras took the deal – and the Greek crisis is still not resolved.

Despite this experience – and the fact that the global environment is even less stable now than it was then – the EU seems set on employing the same negotiating technique today. Already, Michel Barnier, the EU’s lead Brexit negotiator, has presented the UK government with a €50 billion ($52 billion) bill to cover pensions and other obligations until 2030. British politicians do not believe EU officials really mean it, but they do.

The UK and the EU are now locked in a deadly dance, one that may well continue until time runs out. The result will be even worse than a bad Brexit; it will be a non-negotiated Brexit, in which the UK doesn’t leave the EU so much as it falls out of it. Beyond causing severe economic damage to both sides, such an outcome would generate so much acrimony that the two sides would find it next to impossible to work out arrangements in myriad other areas, such as territorial defense and counter-terrorism, trade and sanctions, international diplomacy, and climate change.

There is no moral equivalence between the self-defeating solipsism of post-Brexit Britain and attempts by the EU to defend a European order that has been painstakingly built from the ruins of World War II and the Cold War. But both sets of response could contribute to the same tragic result: a Europe stranded in Trump’s new Hobbesian world order.

The reality, outside the Berlaymont and Westminster snow globes, is that Europe’s holiday from history has been brought to an abrupt end. Trump’s protectionism-tinged trade policies are likely to take a serious toll on global economic growth. And his attacks on international institutions are likely to undermine peace and cooperation – with potentially devastating security implications.

Contrary to what the British government may like to believe, it is the EU, not NATO, that is most critical to its security. NATO is currently confronting serious challenges. Beyond Trump’s apparent lack of interest in upholding US responsibilities to the bloc, NATO members – from the Baltics to Turkey – are under pressure.

In any case, the EU, not NATO, has driven the biggest foreign-policy successes in recent decades, from the pacification of the Balkans to the Iran nuclear deal to the response to Russia’s annexation of Crimea. Though Trump’s election has impelled the EU to agree to a permanent structure for defense cooperation, the incoming US administration’s overall effect on European security will not be positive.

It is time for Brexit negotiators to accept reality – and change their game plan accordingly. The British cannot continue to pursue negotiating tactics that erode the foundations of the very system from which they expect to benefit. And the EU must back away from its harsh stance, however understandable it may be.

John Maynard Keynes once noted that “practical” people – those who believe that they are “exempt from any intellectual influences” – in fact “are usually the slaves of some defunct economist.” Today, Britain and the EU have become the slaves of defunct thinking. If they do not break their intellectual chains, they will secure for themselves nothing but more misery.

This op-ed was first published on Project Syndicate on 21 December 2016.