Mumbai Terrorist Executed, But Will it Bring Peace? 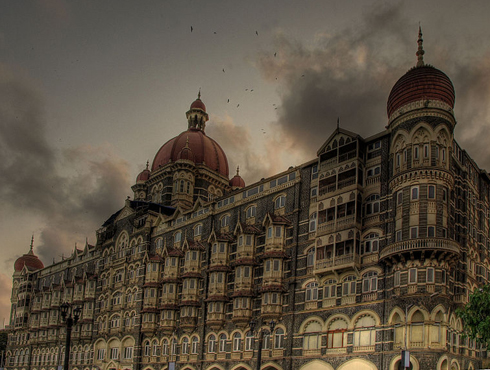 B. Raman, a former Indian bureaucrat, commented on the dangers in his blog:

Our security agencies must have examined the likelihood of retaliation by jihadi terrorists in Pakistan and India and strengthened security precautions to prevent retaliatory attacks. The LET and the organisations associated with it would want a quick retaliation. A retaliation without at least some preparation may be difficult in Indian territory outside Jammu and Kashmir (…) Strengthening physical security in [Jammu and Kashmir] and Afghanistan should receive the highest priority. The other area requiring attention would be the Indian High Commission in Islamabad which could become the target of attack.

Among Indian citizens, emotions ran high upon hearing the news. Like many of those directly affected by the 2008 tragedy, blogger Matangi Mawley (who lost an uncle during the attack) wrote:

Kudos to the officials for carrying out the execution quietly, thank you President Pranab for being decisive and thank you India- finally the victims get some kind of justice! Remembering my beloved maternal uncle, Shri. P.K. Gopalakrishnan, who lost his life on the fateful day- 26/11

Similar sentiments were expressed on Twitter as many felt that justice, though delayed, had been served as far as Kasab was concerned. Some also expressed relief that the Indian government, which had spent millions keeping Kasab in their custody, would be spared any further expense of public funds. The drawn out process was noted by many, but there was also praise for the upholding of the judicial system.

Nandita Saikia (@nsaikia): India didn’t simply spend on ‘keeping Kasab alive’; it spent on due process and upholding its own law. The expenditure was non-negotiable.

Not everyone who lost loved ones during the 2008 Mumbai attacks found solace (or reason to rejoice) in the death of Kasab. Ashish Chowdhry, who lost his sister and brother-in-law in the tragedy, tweeted:

Ashish Chowdhry (@AshishChowdhry): Why should I rejoice Kasab’s death? I will rejoice when …innocent children will stop being taught to kill in the name of God…

There were also reflections on how Kasab, being a foot soldier, was perhaps easier to convict while the mastermind(s) behind the attacks continue to evade justice.

Laughing Gas (@waatho): Ajmal Kasab was a mere foot soldier. Very little satisfaction or comfort in knowing that a pawn has been removed from the board.

Vishal Dadlani (@Vishal): Don’t be fooled or distracted by the death of Kasab. Be sad that we haven’t been able to get the real masterminds. Or sort ourselves out.

The hanging brought to the fore the debate around the death penalty – a timely discussion, given that the United Nations General Assembly recently approved a draft resolution in favor of abolishing the death penalty worldwide. While 110 nations voted in favor, India and Pakistan were among the 39 countries that voted against the resolution. Netizen Oculus Dada tweeted about the timing of the vote:

Many other bloggers expressed their feelings regarding the death penalty via posts and tweets. Some were at a loss for alternative solutions to dealing with Kasab in spite of having reservations about the death penalty. Others favored imprisonment and a life sentence.

As for the long term effects of Kasab’s execution, there is no unanimity. The Christian Science Monitor says it is unlikely to impact the India-Pakistan peace process, while Deutsche Welle argues the opposite. In a guest post on Kafila, Indian blogger Yug Mohit Chaudhry discussed ‘the power of mercy’ in the context of Kasab’s hanging. Echoing the least optimistic voices, he writes:

Executing Kasab in the name of the Indian people will only feed a base instinct for retribution that will make our society more blood-thirsty, vengeful and violent. It will not contribute to our safety or well-being in any way.

One Response to “Mumbai Terrorist Executed, But Will it Bring Peace?”