Saving the World, Ruling the Earth? 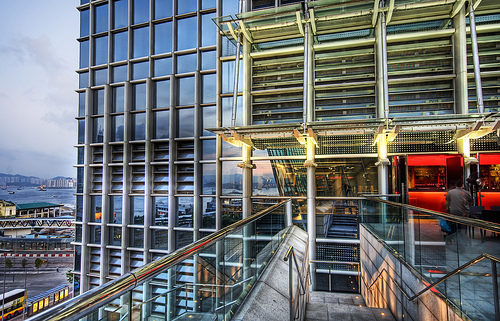 China: Where modernity is a mantra, photo: Trey Ratcliff/flickr

China’s rise to the center stage of world affairs has been much faster and more multifaceted than anyone expected.

The Chinese themselves seem to have been taken aback by their new-found might, and although prophesies about China’s future dominance should be taken with a whole spoonful of salt (a lot can still go wrong), a deep confidence is permeating the country. And it seems like the rest of the world is finally taking note.

I wrote a short piece in October 2008 for the Finnish Business and Policy Council (EVA) about what I thought would be the geopolitical ramifications of the financial crisis, in its very early stages at the time. America, as the epicenter of the crisis, was shocked into a state of socio-political and economic self-denial and panic that was given tangible expression in last week’s midterm elections. In many of the individual races the anger and vitriol was directed at the great ‘new’ menace- China. In the meantime a real and perceived shift to the East has taken place. It is only beginning to take shape, but its effects are already being felt.

At the root of this collective unease lies the realization that the financial and economic crisis of the past two years not only gave a nasty jolt to the world economy, but set in motion tectonic geopolitical shifts. China, as well as a host of other Asian and non-Asian emerging economies leveraged their immense foreign exchange reserves and productive potential to give the ‘old world’ (America included) some much-needed shock therapy, greatly strengthening their relative position in the world in the process.

The $601 billion bailout implemented by the Chinese in late 2008 ensured that global trade and demand did not grind to a potentially catastrophic halt. As a recent IMF report showed, quoted in an NYT article by Alan Wheatley, in 2009 global growth stood at just 0.19 percent, measured in purchasing power parity, with China contributing 1.19 percent of that. In no uncertain terms, China saved the world.

From exchange rates to trade imbalances and territorial skirmishes with its neighbors and support for a whole host of unsavory rogue states, China has managed to anger many and to give rise to a lot of fear-mongering in the US in particular. Obama, for his part, has had to learn the hard way that China is not interested in a ‘G2’-style partnership and instead prefers to diversify its power relations and to build self-interest driven alliances around controversial issues such as climate change. It feels no need to take orders from or even build an exclusive partnership with a (former) hegemon now perceived to be in relative decline.

But is this really so? Will China, in our lifetime, “rule the Earth”? A lot can go wrong in the coming decades. China is vast, potentially unstable and uncomfortably authoritarian (will the next transfer of power, for example, be successful?). It may also run into serious trouble due to its uncompromising stance on a whole host of territorial conflicts and because of growing social ills like corruption, unemployment and income inequality. America may also succeed in diplomatically out-maneuvering China by coordinating and cooperating more with the EU, India, Japan and Brazil on key issues. It is also not clear what a hegemonic China would look like and whether, in the end, it even wants this role. Bar a catastrophic reversal of the country’s current trajectory, however, it is set to become a regional leader with significant clout on the world stage in the near future.

And why so? Many signs point this way. Not only does China have the most dynamic economy in the world, with vast potential for growth, but it also has ambitions and resources to match. From building the world’s largest and most modern high-speed rail network, to pumping $90 billion into developing the domestic electric vehicle industry, China’s leadership is able to put its money where its mouth is. They may be doing so out of sheer necessity and for fear of losing control if they don’t deliver on well-being to their citizens, but it still makes Obama’s calls to build a ‘green economy’ or to fix America’s infrastructure ring tragically hollow in comparison.

Given this shift, it seems appropriate, timely and disconcerting, all at once, that Forbes Magazine recently named Hu Jintao, the President of China, as the most powerful man in the world. Although the policymaking environment is much more complex than this honor implies, the choice symbolizes the unique power and potential of a country that is only starting to throw its weight around the world stage.

But do so it will. Whether we like it or not.