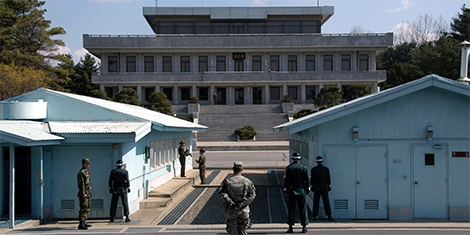 This article was originally published by Political Violence @ a Glance on 12 April 2018.

The United States may soon have a shot at talking directly to North Korea’s Kim Jong-un. Given this unique opportunity, what foreign policy tactics should US negotiators use in the effort to denuclearize the Korean peninsula? It may seem strange, but negotiators might consider taking a lesson from the FBI and the field of Crisis Negotiation to show us a better path to de-escalation.

Over several decades and half a dozen administrations, many have weighed in on how to deal with North Korea’s aggression towards the region and its pursuit of nuclear technologies. Solutions from sanctions by the international community (which only really work when China is serious about them) to ways to game potential meetings with the Kim regime all have two things in common: they are tightly focused on North Korea’s nuclear program, and they are pretty solidly ineffective.

So what can Crisis Negotiation – and the principles of the field of Conflict Resolution in general – do that traditional foreign policy and international diplomacy have not? They can get away from the nuclear issue. But aren’t functioning nuclear weapons and long-range missiles (ICBMs) what make North Korea scary in the first place? Of course. But that does not mean we should focus on those issues.

Picture a bank robber holding a bank full of people hostage, holding a large gun, and demanding concessions from police outside or he will shoot hostages. What the US has done for the better part of three decades is simply shout “Put down the gun!”—and called it “negotiation.”

Crisis Negotiation (colloquially referred to as “hostage negotiation”) is the practice of engaging with dangerous – often unstable – parties with a desire and means to do grave harm. This field of study and practice, pioneered and led by the FBI, deals with terrorists, hostage takers, bomb threats, and individuals or groups. It is closely linked with Conflict Resolution, a field focusing on the academic study and practice of de-escalation, conflict management, and resolving conflicts through non-violent means.

Crisis Negotiation and Conflict Resolution both point out that there is an important distinction between issues and interests. In our bank robber scene, the gun and threatened violence is an issue, but not the robber’s real interest. His true interest may be getting out of the bank with the money. It may be paying bills after losing his job. It may be greed. It is not killing people, or he would have done that already.

Applying this perspective to North Korea (and the Kim regime), we see that nuclear weapons are an issue – it would be better if North Korea did not have them – but not an interest. North Korea’s (and Kim’s) interests most likely lie in power and perceived legitimacy. Whether attempting to show wealth and prosperity through building projects and façades, or demonstrating military might with nuclear tests, missile launches, and parades, North Korea and the Kim regime are pushing back against “rogue state” labeling. Kim wants to rule a North Korea with influence in the Pacific region and international community.

Even the Olympic delegation from North Korea was an envoy for recognition and legitimacy. What is more legitimate than competing in a contest of nations – especially one a superpower was banned from? An Olympic presence is a sign of recognition and power Kim craves for his nation and his own ego.

Recognizing North Korea’s interest in power and perceived legitimacy, the tenets of Crisis Negotiation and Conflict Resolution tell us to build a connection and seek de-escalation by finding a solution we can convince North Korea fits its interests (power, influence, and legitimacy in the international community), not its issues (possessing nuclear weapons to exert military power).

One possible approach is to attempt to divert Kim’s focus from nuclear to economic power. Convince the bank robber that his best bet for a solution to his situation is letting the hostages go. Rising entrepreneurship in North Korea and its potential benefit is recognized by the regime. Economic development could be a strong path to de-escalation, development of the North Korean state, and eventual political reform as wealth, access, and education increase in the state.

No matter the approach, these will not be easy negotiations. The US will have to weigh its benefits and may need to swallow a bitter pill: perhaps it is best to let regional powers manage this crisis, with American diplomatic influence behind the scenes and economic support our main form of leverage. Altering our approach to North Korean policy will be challenging for US leadership. But it needs to be done. Not for any “touchy feely,” interest-based, win-win negotiation ethic, but because it is truly the tactic that is most likely to secure a beneficial outcome for the US and its allies in the region.

Alex Rohlwing is a conflict resolution practitioner and researcher focusing on managing inter- and intra-organizational conflict in disaster response, humanitarian aid, and other crises. He regularly teaches negotiation and conflict communication for the Consortium for Humanitarian Service and Education.