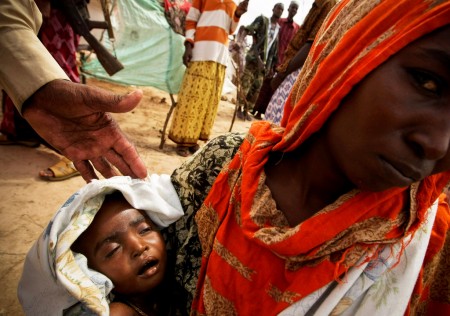 A woman holds her severely malnourished young child in a camp for Internally Displaced Persons (IDPs) in Mogadishu. Somalia is affected by a severe drought that has ravaged large swaths of the Horn of Africa, leaving an estimated 11 million people in need of humanitarian assistance.