Campaigning at the Expense of the World’s Weakest 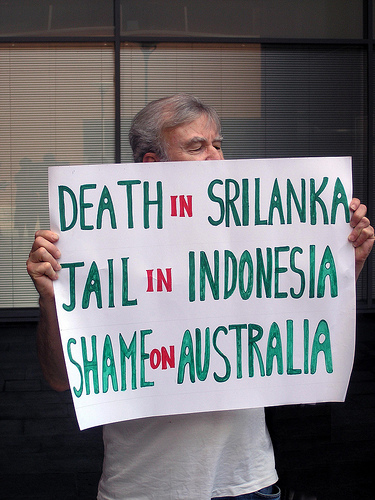 This week the tiny nation of East Timor found itself caught up in the vicissitudes of Australia’s domestic politics. In her first policy speech as prime minister, Julia Gillard proclaimed the country’s interest in a regional solution to an apparently regional problem. She announced a plan to create a regional hub for processing refugees on East Timor as a means of deterring mainly Sri Lankan and Afghan asylum seekers from paying criminal syndicates for passage to Australia.

The Prime Minister stated she had discussed the issue with East Timor’s president Jose Ramos-Horta. She had, however, neglected to include East Timor’s Prime Minister Xanana Gusmao in the discussion, who then allowed his own party to join in a unanimous condemnation of the plan in parliament (considering the only thing Timorese politicians seem to agree on is their lack of love for Australia, there was probably never a big chance of the plan going anywhere anyway.)

While the overwhelming rejection of the East Timor solution was a huge setback to Julia Gillard’s plans, the president of Nauru, Marcus Stephen, announced the willingness of his impoverished island of 15,000 inhabitants to discuss a reopening of the island’s neglected detention center. Between 2001 and 2007, Australia paid tiny Nauru an estimated $1 million a month to detain asylum seekers bound for Australia. When the Labor Party came to power in 2007, however, it shut down the camp amid suspicions that the refugees in the camps were being mistreated (which was more than a mere possibility, as Nauru had never signed up to the 1951 United Nations Refugee Convention.)

In reality, asylum seekers make up only a tiny minority of immigrants in Australia, just 1.6 percent. For most of the past decade, however, Australia has had one of the toughest asylum programs in the developed world, placing “irregular maritime arrivals” in isolated detention centers, surrounded by electrified razor-wire fences. And so, with an election looming, Ms. Gillard is busily repositioning the Labor Party on an anti-refugee stance, thereby annihilating the last differences between the immigration policies of the government and the opposition.

A clever election strategy, perhaps, but a lousy foreign policy.