What Role for UN Peacekeepers in Tackling Ebola? 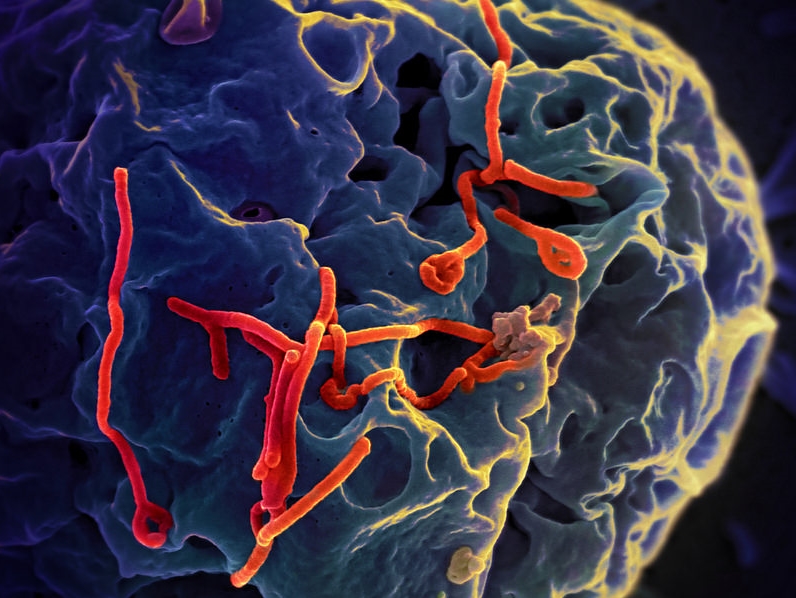 This article was originally published by IPI Global Observatory on 8 September, 2014.

The spread of the Ebola virus in West Africa is “racing ahead” of efforts to control it, according to the World Health Organization (WHO). On Friday, UN Secretary-General Ban Ki-moon issued an “ international rescue call” for a surge in assistance, including doctors, beds, supplies, and vehicles needed to halt the spread of the outbreak in West Africa. Of all the countries affected by the virus, Liberia is one of the hardest hit, with 1,698 reported cases and 871 deaths as of  August 31.

Understandably, international media attention is focusing on the efforts of frontline health and humanitarian organizations such as the WHO, UNICEF, and Médecins Sans Frontières. However, UN peacekeepers currently stationed in Liberia as part of the UN mission there known as UNMIL could also play a role.

Comprised of around 4,500 troops, including eight formed police units, with a presence in 11 of 15 of Liberian counties, UNMIL represents a sizable international military and civilian presence in the country at a time when outside assistance is sorely needed. Depending on how the Ebola crisis evolves, UNMIL could prove to be the lynchpin of international efforts to maintain peace and security in the country. Alternatively, it could end up doing more harm than good.

It is therefore worth asking what role UNMIL is playing in the fight against Ebola. What are peacekeepers doing to stop the virus and protect civilians? Can and should they be doing more?

These are important questions—not only for the people of Liberia but also because UNMIL is in the midst of a gradual drawdown, with plans for a full withdrawal and turnover to Liberian security forces by 2016. Following the outbreak, however, the secretary-general asked the Security Council to delay the drawdown and rollover the current mandate by three months. The mission’s ability to contribute positively to the situation in Liberia will no doubt weigh heavily on the Security Council’s decision in the coming months.

Initially authorized in 2003 following the country’s decade-long civil war, UNMIL does not have a mandate to stop the spread of disease, nor is it equipped to address a major biological outbreak. However, as a multidimensional peacekeeping mission, its mandate includes the provision of humanitarian assistance and, crucially, the protection of civilians. In the past, this mostly meant protection against armed groups; however, UNMIL now needs to interpret this language to mean supporting the government in its effort to protect the population against a deadly pathogen.

Since the outbreak occurred earlier this year, UNMIL has primarily played a supporting role. It has provided humanitarian and logistical support, such as donating vehicles for use against Ebola and medical trainings, and coordinated with other actors such as WHO and UNICEF. Significantly, the mission is disseminating lifesaving information on Ebola prevention via UNMIL radio and community outreach, which is critical to educate the public about the disease and quash myths and misconceptions.

UNMIL also provides a reassuring security presence. Not only has the public health situation been devastated by the virus, the security situation has deteriorated as well. The West Point incident, in which the Liberian government quarantined the population of the West Point slum, setting off clashes between residents and security forces, is the most high-profile example of the breakdown of law and order in the country. If the situation deteriorates further, one option is for UNMIL
to provide a critical failsafe by maintaining stability and providing other policing and military support (assuming this idea can gain traction in the Security Council).

Despite these positive contributions, UNMIL’s policy toward Ebola might best be described as one of limited engagement. As one UN official confided, UNMIL is helping the government lead the fight to end the disease, but it is not directly confronting the challenge. For instance, UNMIL is not involved in any quarantine or isolation operations. While peacekeepers are on “standby” to monitor Ebola victims, according to UN officials, they haven’t yet been called upon to do so. Finally, UNMIL “has not, and will not, enforce the government-imposed isolation of affected areas,” according to the secretary-general.

In reality, the mission may be more concerned with how to prevent its peacekeepers from doing more harm than good. There are major risks in rotating out peacekeepers who have not been properly screened. Perhaps the only thing more devastating to the UN’s credibility and public image than the cholera outbreak in Haiti, in which Nepali peacekeepers are believed to have introduced a cholera strain into the country, would be the spread of Ebola outside of Africa by way of the UN.

As a result, the mission has taken robust measures to ensure the safety of peacekeepers and civilian staff, including restricting all personnel to essential movement only. An isolation center has been established to screen UN personnel for infection, and a treatment center is now being set up. These efforts are also carried out in a bid to reassure troop- and police-contributing countries that their peacekeepers remain safe, especially after the Philippines announced in August that it would withdraw its troops due to safety concerns.

Looking Back and Forward

In reality, the mission’s most important contributions may be both behind and ahead of us. UNMIL has operated in Liberia since 2003 with a broad mandate to reform the security sector, promote the rule of law, and extend the authority of the government by strengthening national institutions and capacities.

The obvious fragility of Liberia’s security and governance institutions calls into question the effectiveness of these statebuilding efforts. If Liberia’s institutions continue to slowly erode in the face of a viral epidemic, this will inevitably raise the question of why UNMIL, which has been in Liberia for over a decade at a cost of more than six billion dollars, has not been able to build up a functioning government and professionalized security forces which can prevent the breakdown of law and order.

Looking forward, there are steps that the mission could take to play a more proactive role in stopping the spread of the virus. For instance, UNMIL could adopt a coordinated strategy with Liberia’s police and security institutions. The West Point debacle might have been prevented had UNMIL provided better advisory support or, as a last resort, intervened.

Additionally, peacekeepers could play a more active role in supporting international efforts to isolate the disease, such as by providing security escorts for international health experts to Ebola-affected areas. Given the strict precautions for UN personnel, the fears of troop- and police-contributing countries are not fully justified, especially given that these countries frequently put their troops in arguably more dangerous situations as part of robust peacekeeping missions, such as MINUSMA in Mali.

The following weeks and months will be a decisive test for the Liberian government. If not handled carefully, the Ebola scourge might reverse the fragile gains made by the UN in the country over the last 10 years. UNMIL can help to tip the scales—and preserve its own legacy—by bringing to bear the full resources and capabilities at its disposal as part of a proactive and coordinated approach to snuffing out the Ebola virus.

Michael R. Snyder is a Research Assistant with the Center for Peace Operations at the International Peace Institute. He tweets at @msnydz1.