Somalia: Why Orthodox Aid Policy Must Give Way to Battlefield Reality 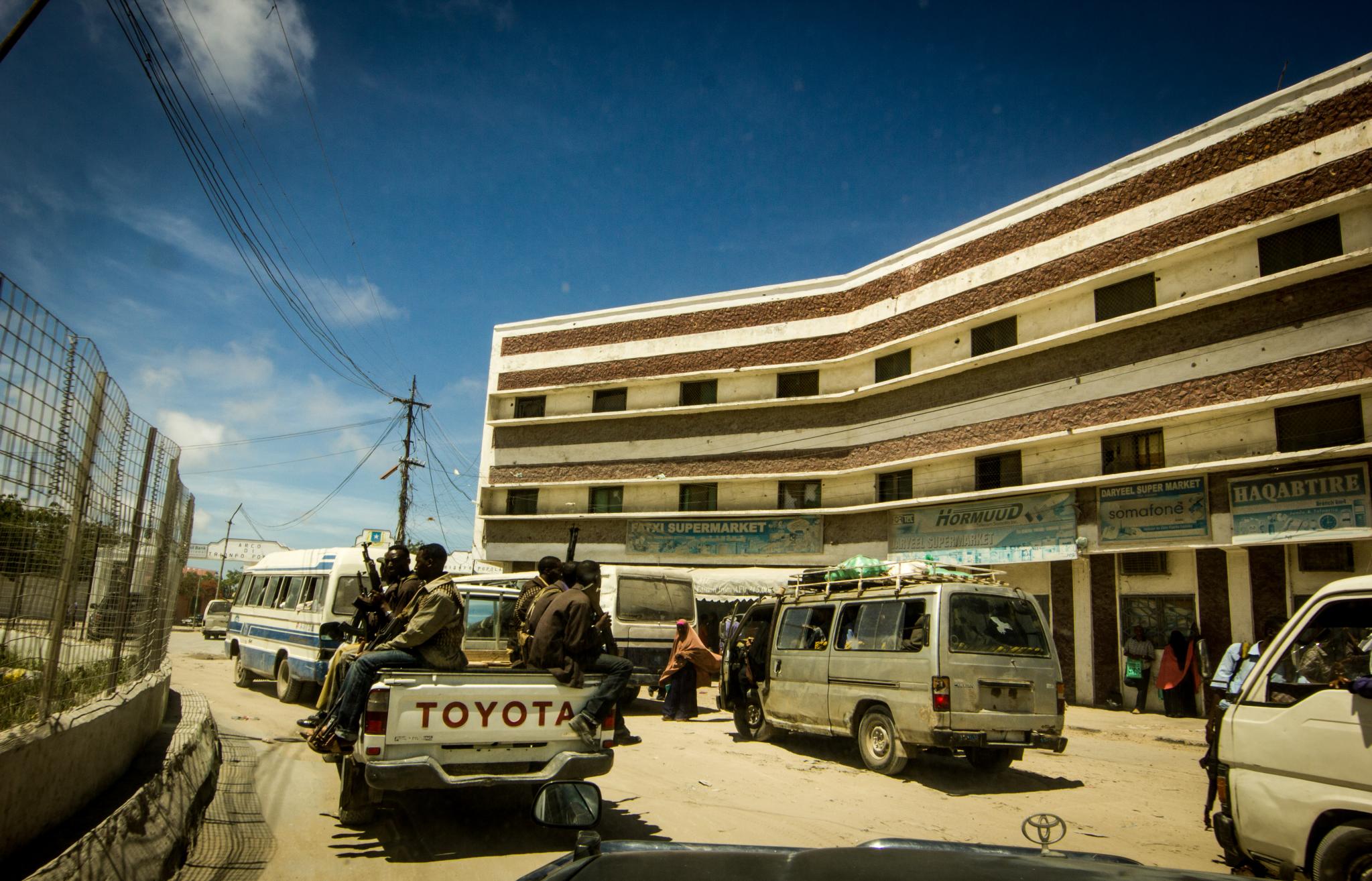 Mogadishu in May 2013, courtesy of TEDxPhotos/flickr

Jens Mjaugedal, Special Envoy of Norway to Somalia, is frustrated… which is hardly surprising given his mission to try to turn Somalia, which has officially been the world’s most failed state for many years, into a success. The biggest problem in Somalia is how to keep the deadly al-Qaeda-affiliated, Islamist militant group al-Shabaab at bay.

The African Union’s robust peacekeeping mission in Somalia (AMISOM) expelled al-Shabaab from Mogadishu two years ago, and is now engaged in a major offensive to try to rid the country of the scourge altogether. AMISOM claims to have liberated 10 strategic towns so far, though the war is very far from won.

Norway has had a long engagement in the country (partly because of the 30,000 Somalis living in Norway), and Mjaugedal warns that war alone cannot save Somalia. It will not be very helpful to clear al-Shabaab from the territories it holds, unless the Somali government replaces al-Shabaab’s administration in those areas with its own administration – rather than just military barracks.

And that raises Somalia’s second-biggest problem. The state has virtually no capacity, nor money, to run anything. It cannot even issue birth and death certificates because all records have been destroyed by over two decades of war. There are five public schools and virtually no other services. And the skill levels of the public service are pathetically low.

‘This is one of the most privatised countries in the world,’ Mjaugedal says, in a wry reference to the state’s incapacity. He was visiting South Africa this week to compare notes and discuss possible cooperation with the government in tackling the Somali crisis.

Last October, the international community pledged US$2.3 billion to help Somalia. ‘This was fantastic,’ says Mjaugedal, ‘but until today, not a single dollar has come in.’

This is partly because the Somali government lacks the capacity to receive and to properly spend the money. So, Norway created a financial pipeline into the government last year and has pumped US$30 million of its own money through to the government in Mogadishu.

‘When the World Bank does something like that, it takes years. We did it in six months,’ he says. Oslo’s US$30 million was supposed to prime the pump, but still the dollars did not flow in from the international community. Evidently, other countries are still too concerned that corruption in President Hassan Sheikh Mohamud’s government would siphon off their aid.

Some money is still coming in – to fund the work of agencies like the United Nations Development Programme (UNDP). But Mjaugedal says this is doing nothing to help perform the vital function of establishing the capacity and credibility of the government.

For that to happen, the government, not the UN, must be seen by ordinary Somalis to be governing; to be delivering services. And so even if some aid is lost to corruption, it is still worth paying it to the government, he says, as the necessary price of getting it up and running. ‘Even if people then complain to the government about poor service, it is better than them saying nothing because now there are no government services at all, even to complain
about.’

If the government does not attain some credibility, it will be thrown out in the next elections in 2016 – if it is not thrown out by al-Shabaab before then, he fears. Mjaugedal complains that by refusing to channel money to the Somali government through Norway’s financial pipeline, the international community is reneging on the 2011 New Deal for Engagement in Fragile States, to which it had re-committed last year. The New Deal acknowledged that
‘current ways of working in fragile states need serious improvement… Transitioning out of fragility is long, political work that requires country leadership and ownership.’

Mjaugedal, who clearly sees things pretty much as they are, is bemused to observe how many others see the world through the prism of the orthodox view instead. Three days after senior government officials were killed in an al-Shabaab suicide bomb and guerrilla attack on the presidential villa, he participated in a conference on how to address the country’s problems.

‘Everyone was talking as if nothing had happened. They were discussing the importance of the role of women and of civil society,’ this while sitting in the middle of a warzone, he marvels. Before the international community can embark on state-building, it has to do something in between, something which he agrees could be called triage.

From mid-year, the World Bank is going to take over Norway’s financial pipeline and perhaps then at least some of the US$2.3 billion pledged will start to flow in. ‘But we have lost a year,’ he adds. The idea will be to create ‘a kind of temporary government’ to receive and spend the funds. One of the main priorities will be to pay the salaries of the core six to eight thousand civil servants so they can start working on delivering state services.

‘They are all we have,’ he says. ‘The key thing is to find ways to support the national government so it can become credible and relevant. What everyone is looking for is political stabilisation. If things continue as they are, we run the risk of this government being replaced by an extreme form of Islamism,’ he warns.

Clearly, orthodox aid policy, which dictates that direct budget support should only be provided to governments who can demonstrate the ability to spend it efficiently, transparently and honestly, must give way to battlefield reality in this case.

For additional reading on this topic please see our Personal Dossier: