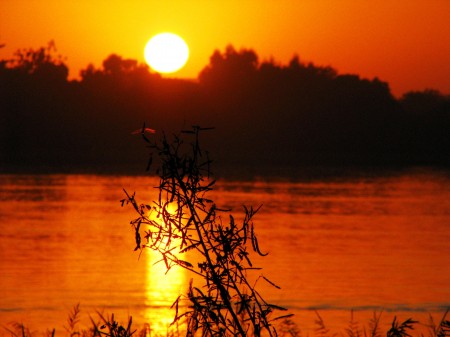 To say the new Nigerian guns-for-amnesty plan faces “difficulties” is, well, understated at best. Some observers see it as a full-on theater of the absurd.

The ill-conceived peace plan was designed to bring militants out of the Niger Delta swamps to hand over their weapons in exchange for a daily stipend lasting a couple months. Unfortunately, harsh reality is already steering far from lofty conception: Not only are the anti-government militias not lining-up to make peace, but some experts say that common criminals are actually expected to capitalize on the deal.

“The money realized will be used to rearm,” Anyakwee Nsirimovu, chairman of the Niger Delta Civil Society Coalition told the NY Times. “Criminals who claim to be militants will come forward and take the amnesty, and that will be delaying doomsday […].”

It’s not just that $13 a day for 60 days doesn’t sound like much of a deal to the battle weary militants; it’s that they’re fighting for something more fundamental. For years, these guerrilla warriors have battled injustice, squalor and poverty for their share of the Niger Delta’s vast oil wealth. Experts agree that without a real redress of the local population’s grievances, fighting will continue.

“As long as the equity situation is not solved, you will continue to have people who will blow up pipelines,” Nsirimovu concluded.