Facing up to Fiji 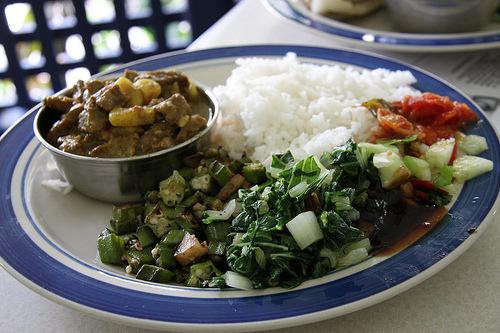 Bread and circus for the people of Fiji? photo: Mark Heard/flickr

As seems to be the case with most countries that have experienced coups, once the initial furor over the regime change has died down and change is not readily forthcoming, the international media quiets down. Whether this is because a public scolding is not seen as the best way to induce progress towards more democratic rule, or simply because there is nothing headline-grabbing to cover, it is a widely repeated pattern.

The Republic of the Fiji Islands is no exception, with coverage having dwindled following the 2006 coup. This is a shame, as the (interim) government of Commander ‘Frank’ Bainimarama has recently instituted some very interesting policies.

Perhaps inspired by Juvenal’s idea of “bread and circuses”, the 2010 Price Control Order was implemented on 6 Novemver by the Commerce Commission. The Order required that the price of 24 “essential” basic foodstuffs – such as baby food, milk, garlic and edible oils – be reduced by 10-20 percent to a government-set maximum. ‘High-end’ products – such as olive oil – were notably exempt. In updating the 1970 Price Control Order, criticized for its complexity and opacity – so far, so good. However, the circus soon followed.

Many shops and supermarkets throughout the islands simply removed these controlled items from their shelves, saying they were “sold out”. The retailers then protested over being forced to sell products “below cost”, though the Commerce Commission had given them a month to submit price data for analysis. So-called ‘price inspectors’ went round shops checking whether shops had indeed implemented the new pricing system. Chief executive of the Consumer Council, Ms Premila Kumar let it be known in the Fiji Times newspaper that those retailers who were making up excuses for non-compliance only had themselves to blame for not taking part in the consultations. And, Ms Kumar wryly noted, retailers had no problem increasing prices, enthusiastically staying up all night to make the changes.

By mid-week, the Commerce Commission had enlisted the help of police and military officers to monitor product availability, with store-room checks warranted to prevent hoarding. Retailers were also asked to submit pricing data once more to the Commission, with the aim of refining the price controls to a level acceptable to consumers, retailers, and the state.

Retailers were then told to inform the commission if they simply did not want to sell price-controlled items. By the end of the week, the commission had adjusted the price controls so that the average reduction would be 9 percent, instead of the previous week’s 13. Island and rural shops were granted special concessions to take freight and higher purchase costs into account. At the same time, the Commission announced that protectionism was the order of the day, removing certain foods specifically “to protect the local industry”. No matter, it was still touted as a ‘win’ for the ordinary people of Fiji.

Critical blog Fiji Democracy Now is scathing of this latest attempt to encourage citizens to ignore the wider political situation and increasing economic instability plaguing the islands. Just last week, the IMF  issued a press release stating that economic growth was hovering around the zero mark in Fiji, with a forecast of 1 percent for 2011. It also warned that Fiji was very vulnerable to shocks. Attempts at self-sufficiency in potatoes have failed miserably, and the first-ever chocolate factory has already run out of cocoa beans. Critics are wondering if Commander Bainimarama is taking inspiration from the (“ahem…”) economic success story that is Zimbabwe, where price controls were imposed by Robert Mugabe in 2007.

The IMF has called attention to the worsening situation, as has Australia. It’s high time for the rest of the world to join in and make it known that ‘bread and circuses’ is not an acceptable policy choice.

For more on Fiji’s post-coup environment and a wealth of further resources on the island nation, see our recent ISN Insights package on the topic.