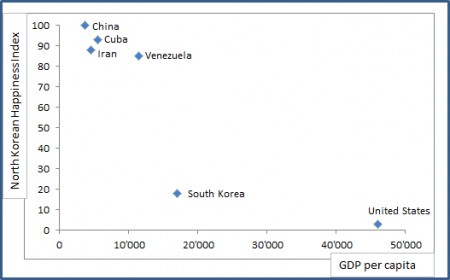 There have been repeated attempts at integrating such measures. Some recent ones include efforts by the British coalition government to measure quality of life by asking people how happy or anxious they have been feeling lately; or the OECD’s Better Life Index that allows users to set their own preferences when comparing well-being across countries.

Fortunately, the blind assumption that a higher GDP automatically translates into benefits for everyone is a thing of the past. Still, we’re a long way from finding an objective and widely accepted alternative to monitor economic and social progress. It’s important to keep in mind that any such index can’t and won’t be perfect. But—as the persistence of GDP has demonstrated—imperfect indices can become quite popular.