Development Possibilities in the DPRK 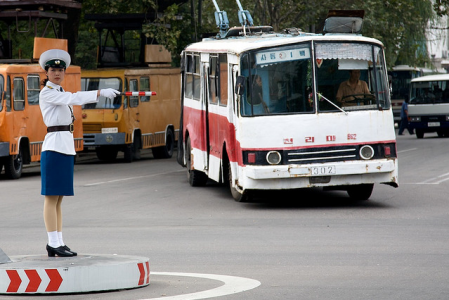 “Informal Markets and Peacebuilding in North Korea” is part of a multi-stage USIP research project on informal markets in North Korea, drawing upon key findings from ongoing interviews with defectors, as well as the Northeast Asia Track 1.5 dialogues. With regard to North Korea, the role of informal markets is largely understudied: most research either focuses or speculates on nuclear weapons development, or troubled relations with South Korea, the US and other Asian states. This conference breaks new ground in examining the remarkable transformations that have been taking place at the local level: Informal markets constitute important coping mechanisms and survival strategies for members of diverse socioeconomic groups close to the Sino-North Korean border.

Topics to be discussed in greater detail include the impact of remittances, the role of women in informal markets and the role of technology in helping expand the scale and scope of these markets. At the macro level, how might these markets contribute to peacebuilding in North Korea, and along the Sino-North Korean border?

Over 100 participants are expected, ranging from US Government policy-makers to academics and civil society representatives. With this conference, USIP is hoping to reach a diverse range of communities, beyond those ‘traditionally’ interested in North Korea in order to help develop and stimulate cross-cutting discussion on crisis prevention in the state. USIP has commissioned several papers for the event, to be published in an edited volume following their review.