This article was originally published by the European Union Institute for Security Studies (EUISS) on 1 March 2017.

The first EUISS Security Monthly Stats (SMS) brings together defence data from the International Institute for Strategic Studies (IISS) and the Stockholm International Peace Research Institute (SIPRI) from 2016. Aggregating figures from the 28 EU member states, the graphics answer a series of questions about defence spending levels and arms exports. 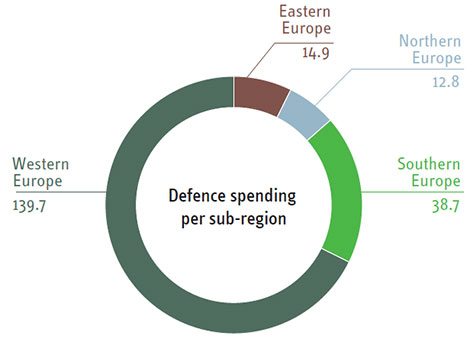 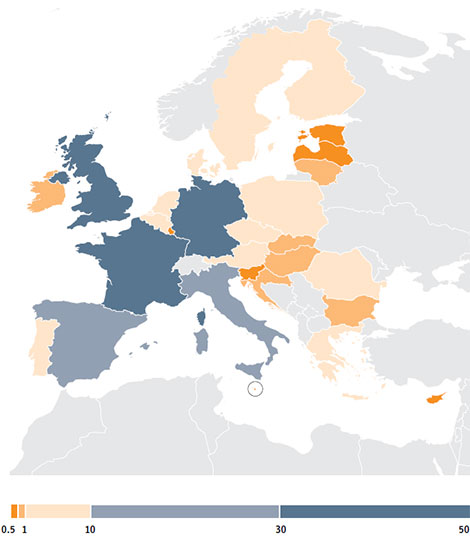 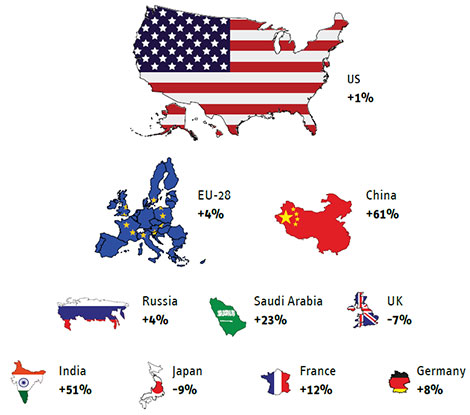 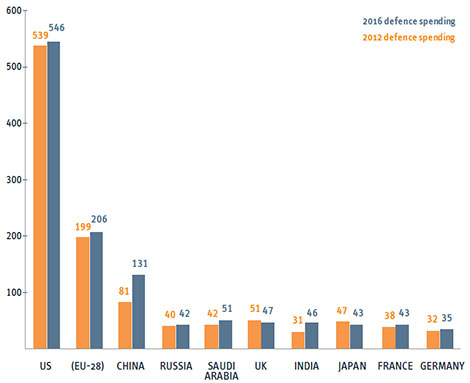 When accounting for inflation, EU-28 defence spending in current prices has increased over the past five years. The US maintains its position as the world’s largest defence spender, and three EU member states remain in the top ten. With regards to arms exports figures, transfers to Middle East and North Africa (MENA) countries have significantly increased at the same time as EU-28 arms exports to fellow member states have almost halved. In 2016, the volume of EU-28 arms exports to the ten MENA countries highlighted in the graphics below was approximately the same as the volume of exports to the rest of the world.

What are the top destinations of EU-28 arms exports?
(1990 constant $ millions)

From a 10 year perspective… 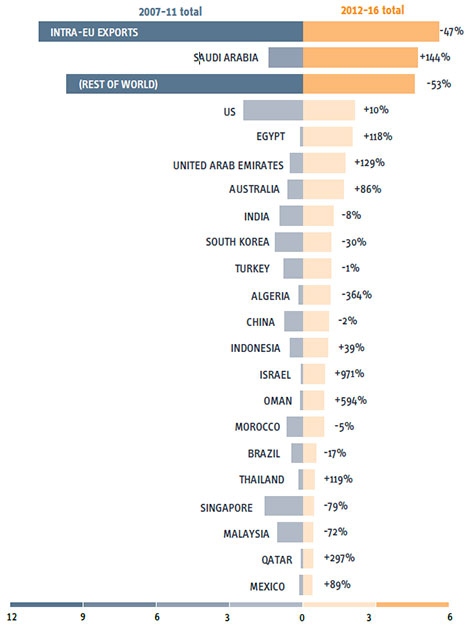 Methodological note: IISS data are converted into euro using annual average exchange rates from the Statistical Data Warehouse of the European Central Bank. For the international comparison, the five-year perspective is also based on the annual average inflation rates for the 18-countries eurozone (prior to Lithuania adopting the euro) from the European Commission.