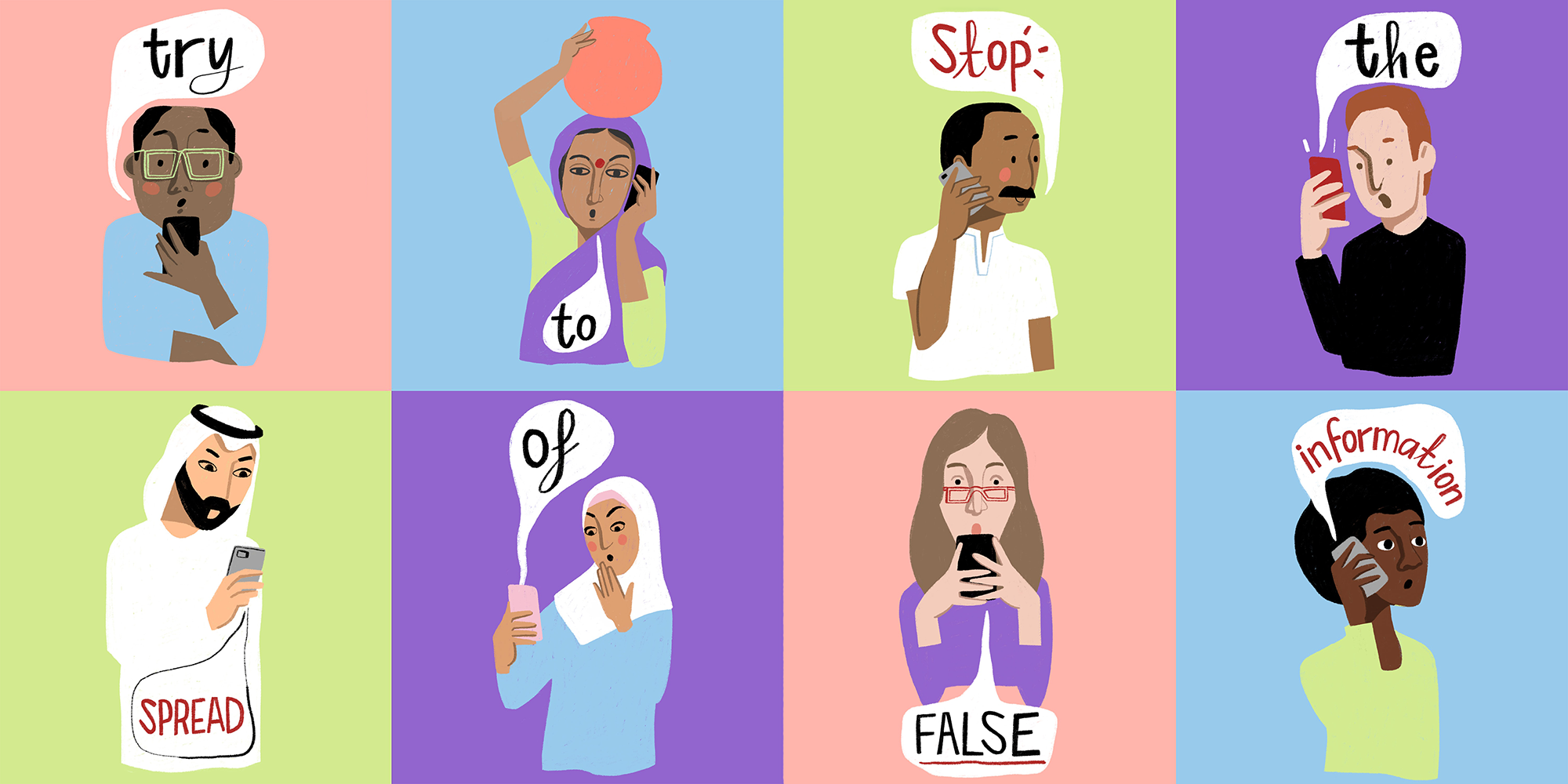 Many theories are circling around the origin of the novel coronavirus SARS-CoV-2. Although scientists agree that the virus has not been manipulated, rumors persist about the possibility that it leaked from a laboratory in Wuhan or that it is a biological weapon. The Biological and Toxin Weapons Convention (BTWC) bans biological weapons, but lacks effective control mechanisms. Strengthening the BTWC could help in reducing the uncertainty that provides a basis for conspiracy theories.

The novel coronavirus is not a bioweapon. To date, the available data suggests that it is not manmade. Still, there are various theories circulating about the possibility that the virus was in human hands even before the outbreak in China.

All available information indicates that the novel coronavirus originates from China. However, rumors persist that the pandemic is the result of an accident at a laboratory in Wuhan, where the virus caused the first infections. The rumors persist partly as there is a lack of trust, confidence and transparency with regard to biosafety and research performed in Chinese laboratories. The best way to overcome these shortcomings is to improve an international instrument that has been in existence since 1975 and that should be protected from conspiracy theories: The Biological and Toxin Weapons Convention (BTWC). The States Parties to the Convention have agreed never “to develop, produce, stockpile or otherwise acquire or retain” biological agents or toxins for other than peaceful purposes. However, the BTCW does not include effective verification provisions. Strengthening the BTWC would provide for more transparency and trust as well as reduce fertile ground for the seeds of conspiracy theories to grow.

Although it is likely that the actual origin of the virus will never be identified, Covid-19 – the disease caused by SARS-CoV-2 – appears to be zoonotic. Some suggest that the virus may have been transmitted to humans from pangolins, which are illegally traded in China. A bat coronavirus similar to the one circulating in humans has been found in Malayan pangolins.

Although the virus found in pangolins suggests a possible source of the transmission of the virus to humans, the actual animal carrying a virus similar enough to the human one has yet to be found. The closest one identified so far shares only one out of two characteristic features in the part of the virus that is important for cell entry and which defines the host range, that is, which animals the virus is able to infect.

Nature is very effective in selecting the best working solutions. As discussed in Nature Medicine, genome analysis shows that SARS-CoV-2 spike proteins differ from those of SARS-CoV, which caused the 2002/2003 pandemic, at the positions critical for host range. During the process of infection, these “hooks” from both viruses (the Receptor Binding Domain, RBD) recognize the same structure (the so-called ACE2 receptor) on the surface of a cell being infected. In simple terms, SARS-CoV and SARS-CoV-2 use different wording to say the same thing. Simulations have predicted that the version found in SARS-CoV is optimal for interacting with the ACE2 receptor. If human beings had manipulated the virus, they would not have chosen SARS-CoV-2’s version as they would not have expected infection to be as effective. The bat coronavirus found in a pangolin and SARS-CoV-2 mainly share the sequence of this region. A way to interpret this is that evolution and natural selection led to different effective alternatives.

The other special feature in SARS-CoV-2 – the insertion of an additional short sequence, which also impacts infectivity and host range determination – has yet to be found in any other virus.

Sars-CoV-2 Is Not a Bioweapon

According to some conspiracy theories, the new coronavirus was created or modified in a laboratory, and potentially even disseminated on purpose. Some believe that the virus was spread by Bill Gates, who repeatedly warned of the risk of a pandemic. Others argue it was leaked from a Chinese laboratory or dispersed by US soldiers visiting Wuhan in late 2019.

Some theories were quickly dismissed. The scientific community quickly debunked a claim that the coronavirus was manipulated. The referred to viral sequences reported as “HIV insertions” were too short and unspecific to make the comparison with HIV or the manipulation assertion.

The laboratory theories are the really tricky ones: The possibility that the new coronavirus could have been in a laboratory before it was transmitted to humans is not the same as the claim that it was conceived as a biological weapon.

The Potential of a Laboratory Accident

There is some speculation that the Huanan seafood market in Wuhan that was closed down on 1 January 2020 is the place where the pandemic might have originated. According to a report published in The Lancet, two thirds of the first clinical cases of patients infected with the new coronavirus had a connection to this market. Notably, the first case in the report did not have a connection.

At the Wuhan Center for Disease Control and Prevention as well as the Wuhan Institute of Virology, scientists happen to work with bat coronaviruses, with the aim of understanding how such viruses can infect human beings. Some of these experiments are carried out at the highest biosafety level (BSL-4). Furthermore, one of the institutes is in close proximity of the Huanan seafood market. Is this not just a coincidence?

Views regarding the potential of a laboratory accident being a source vary considerably. The sequence of the bat virus described by a research group in Wuhan lacks the special features of SARS-CoV-2 described above, meaning this can be excluded as the source. However, while SARS-CoV-2 differs from any publically known virus that could have been used as a basis to create it, this does not explain away the idea that an ancestor of SARS-CoV-2 lies in a lab. Not everything on work done in laboratories is published.

Others, including a recent NZZ article, have argued that it is very unlikely that the virus escaped from a lab and refer to the high biosafety standards, the training of people performing the experiments, their sensitivity to potential accidents, and protocols. But isn’t that a bit too easy?

Laboratory accidents do happen, even within laboratories with high biosafety levels. The weak point is usually the human element, not technical installations. SARS cases originated in laboratories because of either insufficient training or other human failures. In Sverdlovsk, now Ekaterinburg, in another example, 68 people died in 1979 from anthrax spores blown out into the air from a laboratory that was part of the Soviet Union’s biological weapons program because of an improper air filter replacement. Officials stated that these people were infected by consuming contaminated meat.

Worries about research on cross-species transmission of corona viruses happening in Wuhan date back to at least 2015. While such work is useful in learning more about the transmission of bat coronaviruses to humans, it is not without risk. A China Science Communication video shows how researchers from Wuhan collect samples to identify and subsequently study new viruses. Not without some pride, they talk about the fear of becoming infected themselves. As the majority of Covid-19 patients have mild or even no symptoms, it is possible that an infection could have gone unnoticed.

Strengthening the BTWC to Increase Transparency and Trust

While a natural origin of SARS-CoV-2 seems the most likely, it is still important to ask where the virus originated from. To prevent future outbreaks, it matters if it passed to humans in a market environment, during sample collection for research or in a laboratory.

However, there is a fine line between reasonable worries regarding a possible laboratory origin and conspiracy theories. In a worst-case scenario, conspiracy theories about the potential development of biological weapons might weaken the taboo against biological weapons and potentially trigger programs on them again for purposes other than defense. Biological weapons were developed by states including Western countries such as the US until 1969, when President Richard Nixon unilaterally renounced them. Even after the BTWC entered into force in 1975, offensive biological programs continued in the former Soviet Union as well as in Saddam Hussein’s Iraq and possibly other places such as North Korea.

Today, a strengthening of the BTWC is urgently needed. The current Covid-19 pandemic demonstrates that diseases do not stop at borders and affect elites as well as the general public. Collaboration is key to preventing as well as treating a pandemic and requires trust and transparency. Currently, the framework of the BTWC only includes voluntary confidence building measures (CBMs) regarding matters such as reporting on laboratories and research centers, national biodefense research and facilities to produce vaccines. This also applies to “information on outbreaks of infectious diseases”. The current pandemic provides good reason to initiate change.

At the yearly meetings for the Convention – which take place during intersessional processes between the Review Conferences, with the next conference scheduled for 2021 – such change is aimed for by keeping the process running to strengthen the convention. Nevertheless, stronger incentives to increase the number of states providing information via the CBMs and to make them publicly available would already improve transparency and trust. Regular on-site visits to ensure the correctness of the information provided would of course be the goal. Existing peer review-like initiatives should also be encouraged to continue. These initiatives allow participating countries to demonstrate their compliance, and improve by gaining feedback, including on biosafety and biosecurity measures. If greater transparency had already existed, there would have been a much reduced basis for speculation to arise around the coronavirus, something which has bound resources and come at the expense of money and, more importantly, lives.

Dr. Michèle Gemünden is a Senior Researcher in the Swiss and Euro-Atlantic Security Team at the Center for Security Studies (CSS) at ETH Zurich.

One reply on “Trust and Transparency: Antidotes against Corona Conspiracies”

“Thank you for sharing such great information.
It has help me in finding out more detail about biosafety measure for coronavirus”