Mining at the Tarkwa Mine in Ghana. Photo: Lamgold/Wikimedia Commons.

On 5 June 2013, 169 Chinese miners were arrested in Ghana’s gold-mining Ashanti region. These arrests followed Ghanaian President John Dramani Mahama’s decision to put an end to illegal mining by foreigners. Illegal mining is the driving factor behind a raft of problems in Ghana: it pits citizens against one another and against Chinese miners, results in an economic shortfall for the government and deprives citizens of a possible source of income. Most importantly, it could have a negative impact on peace and social cohesion, as currently witnessed in the eastern Democratic Republic of Congo (DRC).

Ghana, the second largest gold producer in Africa after South Africa, has in recent years recorded a large influx of migrants from various countries in search of raw materials, especially gold. Thousands of Chinese have left their villages in China, searching for better opportunities in gold-rich African countries like Burkina Faso, Togo and Ghana. Now these Chinese migrants have set their sights on the Ghanaian galamsey (artisanal gold miner). According to the South China Morning Post, nearly 50 000 illegal prospectors have left China for Ghana since 2005. According to the Ghana Immigration Service, these migrants use tourist visas to enter Ghana via neighbouring countries. END_OF_DOCUMENT_TOKEN_TO_BE_REPLACED 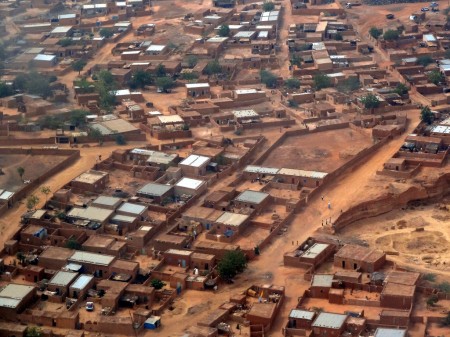 Niger is well known in international media as one of the world’s poorest countries, struggling with chronic structural hunger and malnutrition. UNDP ranks Niger 186 out of 187 countries in the Human Development Index, and in 2011, five million people (33% of Niger’s population) were at ‘high risk’ to food insecurity.

What is less well known is that Niger also hosts the fourth largest uranium production in the world. Export values totalled over EUR 348 million in 2010, representing more than twice the total development assistance finance received during the same year. However, the state retains less than one fifth of the value of the uranium ore that is exported. The exploitation of the mineral wealth by international investors is expanding, with granted and requested mining concessions comprising close to 10% of the national territory. END_OF_DOCUMENT_TOKEN_TO_BE_REPLACED