Building a New Libya: What Do ISN Partners Say? 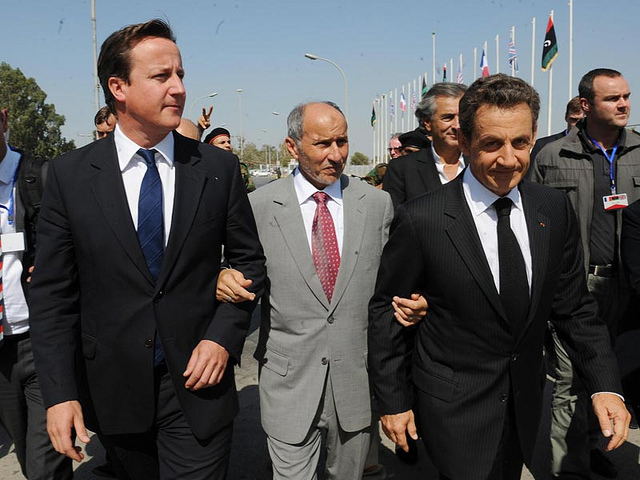 On 15 September, a ‘new Libya‘ was welcomed among the members of the international community: first by Nicolas Sarkozy and David Cameron, who visited Tripoli that day; then by the UN General Assembly, which recognized the Transitional National Council as Libya’s rightful representative the following day. The African Union (AU) reluctantly accepted the new reality on 20 September.

Even though Libya has regained its diplomatic status, it is only starting to rebuild itself. In this context, three main questions emerge: What are the problems the new Libya faces? How should these problems be addressed? And finally, what role should external actors play in rebuilding the country?

In the following paragraphs, I will give an overview of how some of the ISN’s partners have begun to answer these questions.

The Center for Security Studies dedicated the 100th issue of its CSS Analyses in Security Policy to the new Libya. In New Libya: Political Transition and the Role of the West, Roland Popp and Daniel Möckli identify political reform as the principal challenge, in addition to the humanitarian emergency, the war damage and economic reconstruction. Political reform is important because, in contrast to Tunisia or Egypt, Libya is at a zero hour in terms of political institutions.

The authors provide an analysis of Libya’s political situation before turning to the country’s natural resources, which they see as an asset. After having identified the restoration of public security and centralized power as a key prerequisite for the rebuilding of Libya, Popp and Möckli move on to evaluate NATO’s operations there, which, despite “a classic case of mission creep”, were a success. In concluding, the authors convey a clear message to the West: “While Western actors have decisively shaped the course of the Libyan civil war, they should take a back seat in the post-Gaddafi era and limit themselves to a supporting role”.

Back in August, the Council on Foreign Relations (CFR) published a Contingency Planning Memorandum on Libya. In Post-Qaddafi Instability in Libya, Daniel Serwer recommended the EU lead a post-Gaddafi stabilization force to prevent Gaddafi loyalists from launching revanche attacks and rebel factions from fighting each other. Such a force should operate under the umbrella of the UN and be supported by troops from the AU and the Arab League.

On 15 September, the CFR provided an update with an Analysis Brief entitled Libya’s Nervous Changing of the Guard, which provides interesting additional resources.

Chatham House‘s Libya Working Group held a meeting on 18 August. The outcome of that meeting was published in Libya: Policy Options for Transition. Two recommendations stand out: First, authorities need to conduct a systematic effort to collect weapons, as large parts of the civilian population possess them. In this, financial incentives could help. Second, the TNC should explicitly invite skilled expatriates to return to Libya to help in the reconstruction effort.

Finally, the Middle East Institute (MEI) held an event entitled Rebuilding Libya: A Status Report on the Humanitarian Situation on the Ground, which you can watch again online.

In these early days, as the situation on the ground changes quickly, these answers and recommendations can only be preliminary. Much more analysis of the ‘new Libya’s’ problems is certainly forthcoming, as are — let’s hope — the solutions to them.

To keep yourself up to date, consult the ISN website. If you know any good resources on the topic, let us know.

2 Responses to “Building a New Libya: What Do ISN Partners Say?”