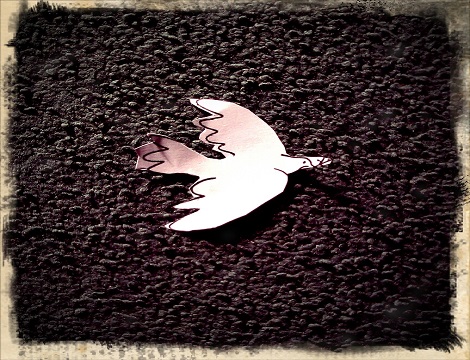 This article was originally published by OpenDemocracy on 1 June 2016.

“Get real!” they say, in a thousand different ways, but mostly as a call for conformity, not awakening.

At its best, spiritual life is fundamentally about a deeper engagement with reality, a turn towards the confounding fullness of life, not an attempt to escape it. The idea that a renewal of progressive politics might require a spiritual turn is therefore about courage, about squaring up to those neglected features of reality that have untapped political potential.

One way to get real is to consider Neal Lawson’s excellent analysis on the existential threats to social democracy. Many believe in a beneficent state that arose from an alignment of class, governance and the cold war, when politics was national and industrial. But this state is clearly failing to adapt to a global and post-industrial world.

Part of the solution, Lawson suggests, is that we need a more visceral appreciation for values and activities that are not materialistic. We can still love our homes and our gadgets, but we need to dethrone consumption as our lodestar and touchstone. That means fostering passion for the time rich, relationship rich, experience rich and purpose rich lives we want to live.

But we have heard this before. Neoliberalism endures because we persistently underestimate the semiotic power of money, the emotional logic of capitalism, the social logic of consumption, and the political logic of economic growth.

In what can we place our hope?

In 2014 I made an extended case for why we need a deeper engagement with those features of reality – love, death, self and soul – that crash through the ambient delusion: that make us feel where our priorities truly lie.

Two years later I find the German concept Bildung, which has philosophical roots in Hegel, Schiller and Von Humboldt, very helpful. Bildung refers topatterns of personal change that are driven by the need to change society in particular ways. Wikipedia’s summary is lucid:

“Fulfilment is achieved through practical activity that promotes the development of one’s own individual talents and abilities which in turn lead to the development of one’s society. In this way, Bildung does not simply accept the socio-political status quo, but rather it includes the ability to engage in a critique of one’s society, and to ultimately challenge the society to actualize its own highest ideals.”

Bildung helps to give structure to the idea that the key to progressive renewal is spiritual growth because it’s a kind of ‘stimulus-response’ relationship.

In this respect, here are five ways people are seeking spiritual growth as a response to a societal trend.

First off there are the ‘Psychedelic Pragmatists’. Organisations like The Psychedelic Society are responding both to the rise of mental health problems and the lack of political vision. They are interested in the political generativity of ecstatic or transcendent experiences, expressed as heightened ‘states of consciousness’ where connectedness and bliss are prominent (and safe).

Only after you’ve ‘been there’, they suggest, do you realise just how screwed up our society is. There is a growing body of evidence about the surprisingly common reporting of spiritual experiences, and clinical evidence about their therapeutic value. What if getting real means getting high?

Second, there are ‘Mindful Moderates’ responding to smart phone addiction, reckless consumerism and the ambient advertising that fuels it. The existence of The Mindfulness Initiative helps to highlight the politics of attention; partly what Tom Chatfield calls ‘the attention economy’ – the monetisation of our eye movements, but mostly what political theorist Matthew Crawford calls ‘the attentional commons’ – the need to fight for a precious resource that is uniquely ours, and insist on our ‘right not to be addressed’.

Third, ‘Developmental Democrats’ are responding to societal complexity with a focus on maturational development. For them, people need to grow in their capability to think systemically and generate suitably ‘clumsy’ solutions in response to ‘wicked’ problems like climate change. The perceptual (how we see) and epistemological (how we know) changes reflect ‘stages of consciousness’; this is theoretically well developed terrain and empirically solid (if varied). Key theorists include Bob Kegan, Ken Wilber, Frederic Laloux and Clare Graves. My new organisation, Perspectiva hopes to give this idea an institutional home.

Fourth, ‘Therapeutic Technocrats’ emphasise the centrality of emotion, responding to the futility of indignation, self-righteousness and the breakdown of social trust. Psychosynthesis, psychodynamic therapies, psychoanalysis and analytical psychology are all in this space. The claim here is that we need to develop emotionally to get beyond personal defensiveness and psychological projection, which are arguably key limitations of a conventional left wing world view. As Charlotte Millar once put it: “There is a lot of ego in victimhood.”

Fifth, ‘Religious realists’ are responding to the lack of institutional leadership in the public realm and for the common good. The other four groups are their unmoored allies. Where are the institutional forms, historical narratives, and established norms and rituals to give such change processes a real chance of taking root? The report Something More poses this question well. Religion has plenty of baggage of course, but it has been trying to connect personal change and political change for centuries. It would be foolish not to learn from it.

These five forms of personal change – in consciousness, in attention, in maturation, in emotions and in institutional support – are responses to lack of political vision, rampant consumerism, social complexity, futile indignation, and the erosion of the public realm respectively.

So the next time somebody tells you to ‘get real’ politically, invite them to this larger reality.

Dr Jonathan Rowson is co-founder and Director of Perspectiva and a former Director of the Social Brain Centre at the Royal Society of Arts. @jonathan_rowson