It’s Time for a Backup to GPS 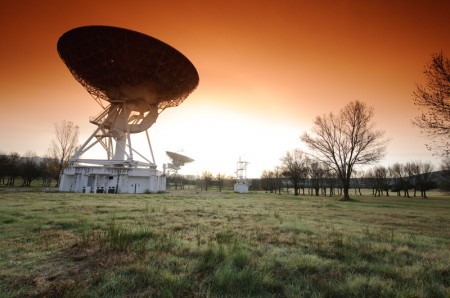 This article was originally published by the Atlantic Council on April 16, 2014.

If you’re not a space geek, you probably didn’t notice the total failure of the Russian satellite navigation system early this month. And if you’re not an electronic warfare geek, you probably didn’t notice those Russian satellite navigation jammers driving around Crimea either. Both, though, should be a reminder of just how much industry and the armed forces depend on navigation and timing from space, and what should be done about it.

The failure two weeks ago of the Globalnaya navigatsionnaya sputnikovaya sistema (GLONASS) was frankly an unprecedented total disruption of a fully operational satellite constellation. At just past midnight Russian time (GMT + 4) on 2 April, every GLONASS space vehicle began broadcasting corrupt data. This rendered the system completely unusable to all receivers worldwide, and the system remained that way for about eleven hours.

Given the events in Crimea and elsewhere across Ukraine, there was a little speculation that GLONASS had been hacked. More likely, some junior VKO officer simply uploaded some bad ephemerides—fine adjustments to the satellites’ positions on orbit, which are essential so that receivers can accurately fix their own locations on Earth. The sudden failure probably occurred with a routine cut-over of the whole constellation to the new data. And the half-day needed for restoring the system can be attributed to the limitations of GLONASS’s control segment; unlike the US GPS, the Russian system has only one upload dish outside the old Soviet Union.

While the fellow responsible for this blunder is presumably now watching a radar screen in Siberia, the Russian Federal Space Agency has actually said little about the incident, except to deflate our expectations in two ways.

First, the widespread outage caused few real problems, the Russians noted, because few users really depend strongly on GLONASS. As I observed recently, GPS and GLONASS are not so much competitors as complements. My iPhone (like most portable devices today) tracks both GPS and GLONASS, and without those extra satellites, I might have lost lock between some tall buildings. But my requirements are undemanding. The messages of concern flooding into the control center outside Moscow came from professional-grade users such as surveyors, who did miss the extra signals.

Second, the Russians reminded us, you shouldn’t be depending on us anyway. The communiqué insisted that GLONASS is just a developmental system—despite having put its first satellite into orbit in October 1982. Even Google does not keep features in beta that long. And that reminds us that while borrowing the Russians’ beacons is a fine idea, actually relying on them may not be.

The Russians, on the other hand, do realize how much NATO relies on GPS. It should be no surprise that those unbadged Russian troops swarming into Crimea last month brought with them trucks with very recognizable GPS jammers. The new R-330 Zhitel system appears to have enough power to jam even military-grade receivers over a wide area, and a dispersed deployment of them could overwhelm even the most sophisticated electronically-steered antennas. The latest anti-radition missiles carry the software needed for homing on GPS jammers, but jammers can also blink and broadcast on the move.

All this is wizard war stuff reminiscent of Bletchley Park, but it begs the practical question of what could have happened had not GLONASS failed, but GPS. In the week after the incident, the trade press featured a great deal of commentary on just how much more backup the world needs behind its profound dependence on the American satellite system. Alongside GLONASS, the European Union and the European Space Agency are deploying their Galileo satellites—which the US Defense Department actively tried to discourage over a decade ago.

But even the Pentagon can’t kill every good idea. China is today deploying its Beidou (Compass) satellites, and Japan and India are building their own regional systems. The British government has chosen to upgrade its local, ground-based LORAN system, and the Australian company Locata has been touting its own ground-based solution as an essential service. Whatever the preferred basket of solutions, it is becoming clear that military and commercial users cannot be left to depend on GPS alone. Whether intentionally or not, something will eventually go wrong.

James Hasik is a senior fellow in the Brent Scowcroft Center on International Security.

For additional reading on this topic please see our Personal Dossier: