Although often overlooked by most reports in favor of the contributions made by the Chinese and the Russians in years since, Thailand was an important player in counter-piracy efforts in the Gulf of Aden. In response to an increase in Somali-based piracy, Combined Task Force (CTF) 151 was established in January 2009 to secure freedom of navigation along international shipping routes in the Gulf of Aden and Indian Ocean. Although comprised largely of vessels and crews from NATO member states, Thailand deployed a Pattani-class off-shore patrol vessel and a supply ship to join the force in 2010-2011.

This was an unprecedented move. For the first time, Thailand deployed military assets abroad to defend its interests. HTMS Pattani and HTMS Similan, the supply ship, did not simply serve in token roles: Thai forces engaged in combat against pirates in two separate incidents on October 23rd, 2010. Beyond hosting ASEAN-related events, such as the 8th ASEAN Navy Chiefs’ Meeting in 2014, the Royal Thai Navy has since adopted a much more subdued posture, however. This can in part be attributed to the political dominance of the Royal Thai Army through last year’s coup.

Were there to be need for Thai participation in a similar multinational operation in Southeast Asia or elsewhere in the world, it is doubtful that the Thai authorities would find the political will to deploy any assets in the near future. But the Royal Thai Navy will soon see its capabilities bolstered. If national unity can be preserved in some way, Thailand could see its international image raised considerably. It has commissioned two stealth-capable corvettes based on the design of the Republic of Korea Navy (ROKN) Gwanggaeto the Great-class destroyers. With a displacement of approximately 3,900 tons, these would be among the largest vessels in Thailand’s arsenal, second only in size to the Royal Thai Navy’s two American-made Knox-class frigates.

Although it is currently unclear when Thailand expects delivery of its two Gawnggaeto the Great variants, the eventual addition of these vessels to the fleet will greatly enhance its capacity to project power in the Gulf of Thailand, South China Sea, and beyond. Thailand has no maritime disputes with China; tensions over territory exist only in relation to the land borders with Cambodia and Laos. As such, it is a reasonable assumption that the previous government intended to employ the new vessels not to exert Thai sovereignty, but to appease military elites and to attain international prestige through contributions to future multinational maritime operations. That the current junta has not cancelled this procurement suggests that it too shares these goals.

Of course, achieving the political stability necessary to engage in expeditionary missions will be a tall order, especially as legal action against Yingluck Shinawatra, Thailand’s former Prime Minister who was ousted in the May 2014 coup, is ongoing. Until such issues can be resolved and civilian oversight of the military is adequately restored, HTMS Chakri Naruebet, pictured below, may represent the future of the Royal Thai Navy. 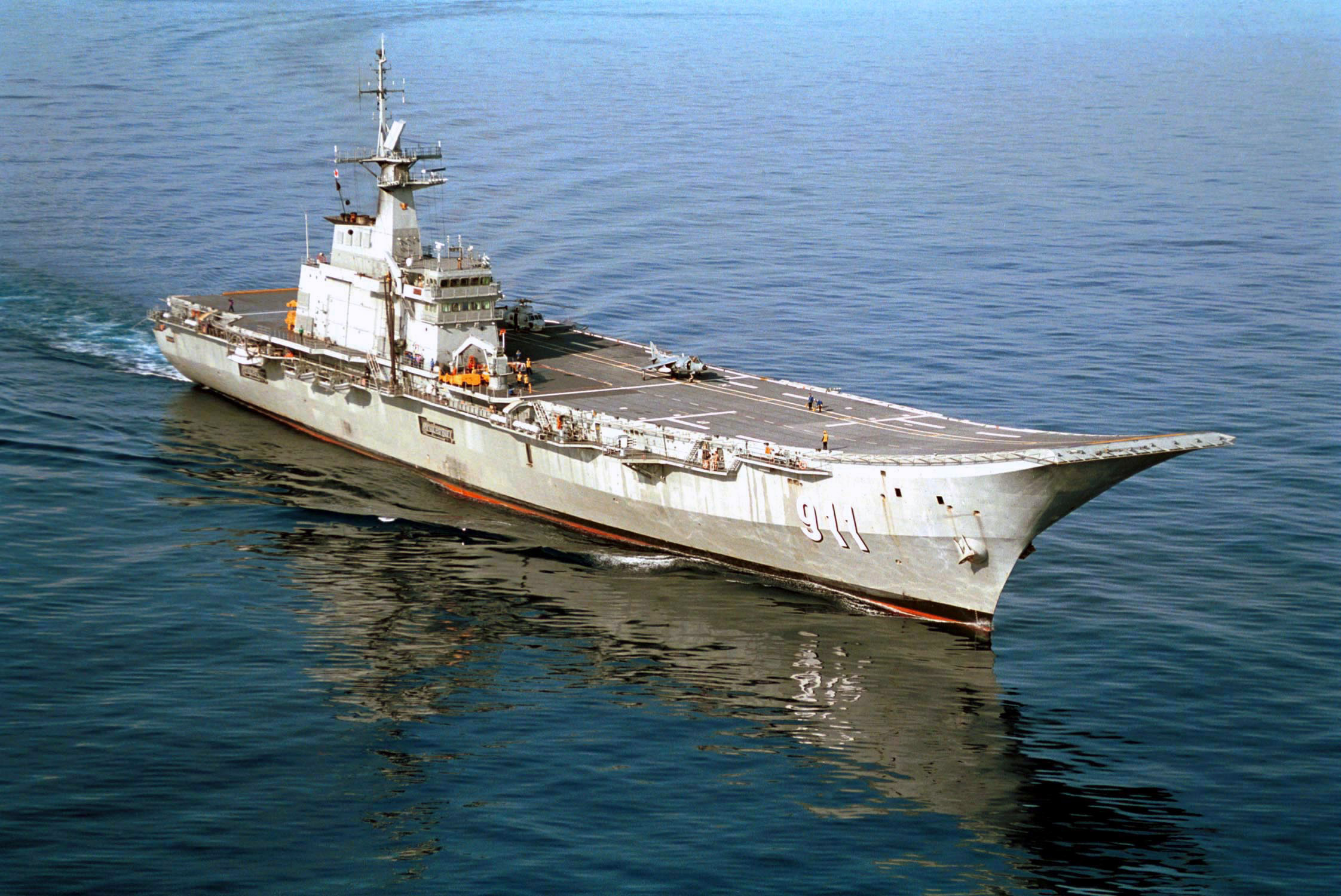 This vessel, which serves as Thailand’s flagship and is based on the design of the Spanish aircraft carrier Principe de Asturias, spends much of its time docked at Sattahip naval base. No longer able to accommodate Harrier airframes, the Chakri Naruebet can now carry a small complement of helicopters and occasionally serves as a royal yacht. The two stealth corvettes may suffer a similar fate if Bangkok’s palace politics persist.

Paul Pryce is a Research Analyst at the Atlantic Council of Canada. With degrees in political science from universities in both Canada and Estonia, he has previously worked as a Research Fellow at the OSCE Parliamentary Assembly and an Associate Fellow at the Latvian Institute of International Affairs. His research interests are diverse and include maritime security, NATO affairs, and African regional integration.