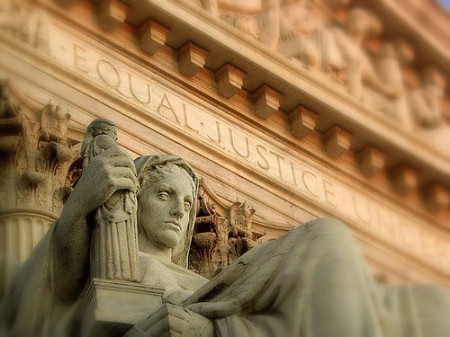 With our Editorial Plan discussing changing international norms and laws over the next two weeks, it is worth remembering that this discussion serves the wider purpose of helping to illustrate the elusive character of structural change in our world today.  One consequence of this approach, at least for this particular discussion, is that we ultimately treat norms and laws as effects of underlying causes – as symptoms, so to speak, of the underlying condition we are trying to diagnose.  A different but complementary approach is that of international political theory, which, as a variety of ‘ideal’ or ‘normative’ theory, often operates (if sometimes only implicitly) on the opposite assumption: that changes in ideas, norms and laws are themselves causes of structural change instead of vice versa. Today we consider an example of this other approach to international norms and laws, by way of a short introduction to the international thought of John Rawls.

Rawls’ international political theory is found mainly in The Law of Peoples — a book-length essay published in 2000 that expands on a 1993 article of the same name.  By a “law of peoples” Rawls means “a political conception of right and justice that applies to the principles and norms of international law and practice.”  This conception issues from “liberal ideas of justice similar to but more general than” those that he developed for a domestic context in A Theory of Justice.  One central question of this exercise is how a liberal society such as that described in A Theory of Justice should behave towards other societies, liberal or otherwise. Indeed, as Rawls tells us, no account of justice in a single society is complete without an account of that society interacting with other societies.

The basics of Rawls’ account of justice are familiar to many of us.  Its dominant image is what Rawls calls the “original position,” which is a thought experiment that asks us to imagine a hypothetical meeting of every person in a society to agree upon principles of justice. This meeting occurs behind a “veil of ignorance,” which conceals from each person facts about themselves, such as their race and gender, and their physical and mental attributes.  The point of concealing these things is to exclude from consideration factors that are “arbitrary from a moral point of view” – i.e., those that arise from the accidents of birth, nature or chance, that are beyond our individual control but which can make a big difference in our respective outcomes. Behind this veil of ignorance, Rawls argues, a conception of justice to which everyone would agree is the conception of “justice as fairness,” which entails two principles in particular: 1) the “equal basic liberties principle,” under which everyone has equal right to a “fully adequate scheme” of equal basic liberties and 2) the “difference principle,” which stipulates that social inequalities can only be justified insofar as they benefit the least well-off.   In many respects, this second principle is quite a radical one. As Rawls admits, the ‘difference principle’ requires more extensive redistribution of resources than in any existing liberal society.

(For a more sustained engagement with the basics of Rawls’ conception of justice, check out this introductory lecture from Harvard’s course in Moral Reasoning: “Justice” with Professor Michael Sandel).

So far, so good.  But how does this apply to international political theory? For those familiar with these other parts of Rawls’ work, the aspect of the “law of peoples” that is initially the most surprising is that Rawls does not simply extend the results of his famous thought experiment internationally. Because the conception of justice as fairness does not begin from ‘universal first principles’ (unlike some other theories of justice that have been put forward) but, instead, is a politically constructivist one, other principles are required for these other circumstances.

The first difference between the domestic and the international original positions is that the international version consists of peoples, rather than individuals.  Also significant is that it does not consist of states.   This reflects Rawls’ view that the actors in international politics should, in fact, be understood as peoples rather than states.  Whereas states are motivated, for example, by territorial, ideological or cultural ambitions, the fundamental interests of peoples are limited to the preservation of their existing territory, institutions and culture.  In this ideal hypothetical situation, the ‘peoples’ are of two types: liberal peoples, which have legitimately liberal constitutions (as specified, for example, in A Theory of Justice) ; and ‘decent peoples,’ whose constitutions do not necessarily reflect liberal values of pluralism, freedom and equality but which nevertheless secure a basic list of human rights and “take the fundamental interests of all persons into account.”

In this international ‘original position’ of liberal and decent peoples, the ‘veil of ignorance’ conceals things like the size of a people’s territory, its population, and its endowment of natural resources — instead of personal attributes.  According to Rawls, an ‘international’ conception of justice to which these peoples would agree consists of the following eight principles:

These eight principles, Rawls argues, are the international equivalent of the two domestic principles of “justice as fairness.”  They are his idea of what the fundamental principles of international law would look like if they were made to be consistent with a reasonable conception of justice.  Quite obviously, compliance with these principles would completely transform the international system as we know it.  Nevertheless, conspicuously missing from this list is anything resembling an international ‘difference principle’ governing inequalities among peoples.  In Rawls’ view, justice does not require the same kind of equality among peoples internationally as among individuals in a single society.

Rawls also considers non-ideal circumstances.  Two such circumstances are ‘outlaw states,’ which violate the above principles either through aggression or by violating human rights; and ‘burdened societies’ which fail to meet these requirements because of a lack of resources. With respect to outlaw states, Rawls argues, liberal and decent peoples may justifiably go to war, but only either in self-defense or to stop the violation of human rights by those regimes. Similarly, the international community is obliged to assist burdened societies but only to the point that they cease to be burdened and can comply with the eight principles of international justice.  Again, Rawls does not call for international redistributive justice.  There is no international difference principle.

Ultimately, it is difficult to know what impact Rawls’ ideas have had on international law and politics. What if Rawls had extended the difference principle internationally (as his student, Charles Beitz, in fact does)? Would the world be any different today? More importantly, how do we make sense of such questions? If one thing is certain it is that normative and ideal theory remains vexed by them — even if, for Rawls at least, they are probably a bit premature.*

*(For a comprehensive scholarly overview of Rawls’ contributions to domestic and international political theory, Leif Wenar’s SEP article on Rawls is a great place to start)