Making Sense of the Arab Spring 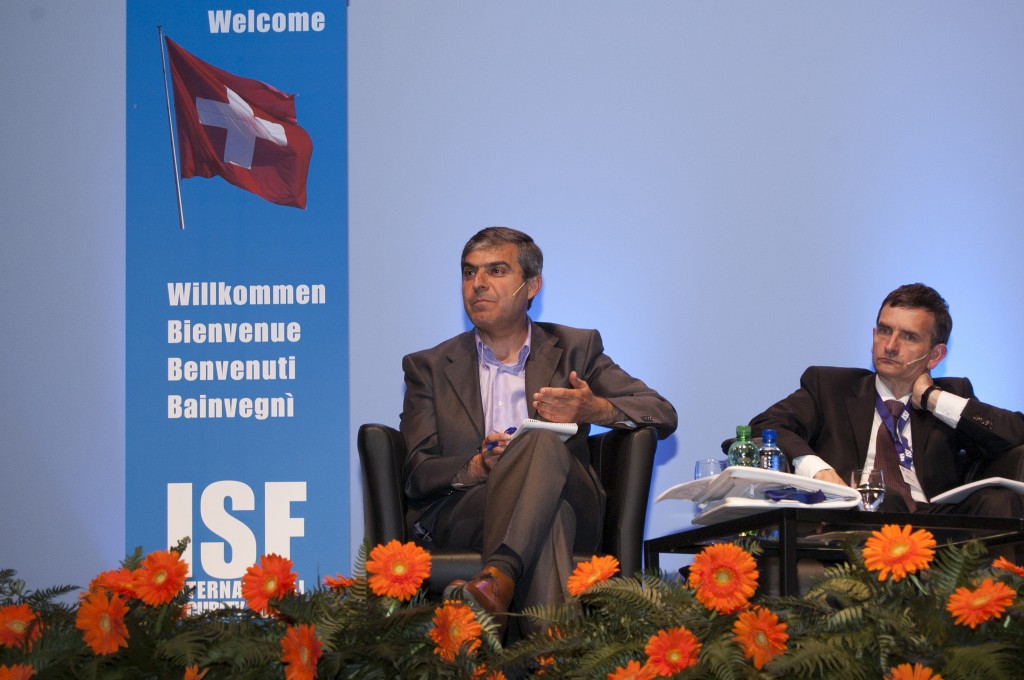 On Wednesday, 1 June, the 9th International Security Forum closed its doors to three days of intense political debate and passionate shoulder rubbing. The highlights were many and varied, yet the 450 participants will surely keep the fondest memories of the event’s first panel discussion, which put the conference on the right track, and set the tone for the following days.

“‘Let’s import a new government’ labor activists joked. This was after the regime threatened to import workers from Bangladesh, if we asked for higher wages”. Nehad Abul Komsan from the Egyptian Center for Women’s Rights (ECWR) described the Egyptian revolution on the opening panel last Monday. Hosni Mubarak is gone but problems remain. According to Yossi Alpher from bitterlemons publications the socio-economic troubles, which are partially responsible for the upheaval in Northern Africa and the Middle East, will continue to pose a big challenge for any new leadership.

John W Limbert from the US Naval Academy examined Iran’s role in the Arab Spring in his statement. As in the past, Iran seems to be excluded from progressive developments taking place in its neighborhood. “Tunisia could, Iran not” is a slogan among Iranian progressives, who are again frustrated by their country’s backwardness. Ambassador Limbert went as far as to say that Iran’s leadership is humiliated by regional developments. It did not even manage to protect its Shiite fellows in Bahrain.

A broader picture was drawn by Volker Perthes from the German Institute for International and Security Affairs. In his predictions about the Arab world’s future, Professor Perthes divided the region into four groups: Countries such as Tunisia or Egypt, where democracy may be consolidated; countries such as Morocco or Iraq, where some form of pluralistic reform may be possible; countries such as Libya or Iran with dogged regimes under threat that risk to end up in civil war; and finally, oil-rich countries such as Saudi Arabia, whose future is most difficult to predict, but which may find some sort of compromise.

Whereas Iran may be the loser of the Arab spring, Turkey may be its winner, according to Professor Perthes. Turkey is likely to become the new role model for the region’s countries, both in its dealing with Islam and its transformation from a military to a civilian state.

When it comes to the role of the West, Fawaz A Gerges from the London School of Economics believes that the US no longer calls the shots in the region. There will be much more at stake for Europe, on which Professor Gerges calls to do more than just send money: Post-revolutionary states in Northern Africa need a lot of institutions to be built.