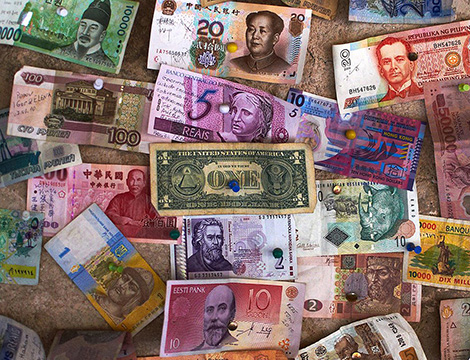 This article was originally published by IPI Global Observatory on 11 October 2016.

Around the world, political and criminal actors appear to be working more closely together than ever before. In 2011, the White House warned that criminal networks were forging alliances with political actors to undermine the interests of the United States. Spanish prosecutors have alleged that in many former Soviet states organized crime groups work “as a complement to state structures,” doing “whatever the government…cannot.” Concerns about political and public sector corruption in eastern Europe have grown. A recent report suggests that organized crime groups are taking control of local democracy in countries as varied as Afghanistan, Colombia, and Niger. In the Middle East, organizations such as Hezbollah in Lebanon and the Islamic State combine local social service provision, militant activity, and transnational organized crime to develop governmental power. And in North Korea, the ruling regime is accused of counterfeiting, drug-running, and even human trafficking. “Mafia states,” as this convergence of political and criminal power has been described, appear to be on the rise worldwide.

Political and criminal actors have long collaborated—not least in the US. As I show in my new book, Hidden Power: The Strategic Logic of Organized Crime, the US government worked closely with the American mafia during World War II and the Cold War to extend its power overseas. In the process, the Mob became an active player in international affairs, mounting armed insurgences, engaging in transnational terrorism, and even engineering regime change in some countries. But the move towards criminalized politics appears to have accelerated in the last two decades. Why?

One answer appears to be the disruptive effects of unbridled globalization, which has created a huge unmet demand for governance. Vast numbers of people have joined cross-border markets, creating new demand for effective regulation and governance of trade and markets, many of them illicit and violent. Where states are weak or ineffective, local authorities and armed groups have stepped in to play that role. Trafficking organizations cannot take their disputes to court, so they rely on Darwinian processes of violent natural selection to establish a pecking order, or governance structure. The result is not just “deviant globalization,” as it is sometimes called, but also deviant governance.

As some criminal organizations develop the power to govern others, they accrue financial and social capital. This spills over into influence over formal politics, and the theoretically clear line between the “upperworld” and the underworld begins to blur.

This increased demand for deviant governance is arguably an unexpected by-product of the Washington Consensus, which emphasized the mobility of goods and capital much more than the safe, regular, and ordered movement of labor, and simultaneoulsy worked to reduce social service provision by the state. As a result, many communities have been left feeling unprotected and under-serviced by the state, creating space for criminal actors to become loyal protectors and public service providers, and thereby to build political power.

This trend is particularly acute where societies are disrupted by constitutional transformations, crisis, and conflict. The rise of Russian maffiya groups during the post-Soviet transition, and their emergence as active political forces, is well documented. Even today, organized crime is a major factor in Russian political dynamics and foreign policy. When Russia invaded the Crimea, Moscow appointed a former gangster known as “Goblin” as its local representative. In Jamaica, local posses that originally served as enforcers for political parties used the profits from trafficking drugs into the US to become political forces in their own right. And in eastern Congo, the absence of effective state authority has allowed criminal networks to exploit mineral, timber, and wildlife wealth worth over $1 billion annually, and become de facto political rulers. Once Gadaffi fell in Libya, and with him the barriers to participation in the global economy, local militia groups used their control of smuggling routes to develop political power.

Even as demand for deviant governance rises, the costs of providing it fall, changing organized crime’s business model. Between 1955 and 2004 the cost of air shipping dropped by a factor of 10, generating a massive growth in airborne trade. This gives even local armed groups easier and cheaper access to foreign weapons sources, lowering the cost of organizing coercion. It also lowered the barriers to their products being transported to foreign markets—including for illicit drugs, sex, migration, and minerals.

From Colombia to the Sahel to Myanmar, insurgent and terrorist groups have used their control of territory to provide bases for drug production and trafficking. In some cases, elements of the state simply turn themselves into nodes in global criminal supply chains. In Guinea-Bissau, for example, elements of the military have become local transporters working on contract for Latin American cocaine-trafficking cartels.

At the same time, the growth of global communications infrastructure has made it easier for criminal groups to develop offshoots around the world. Like al-Qaeda and the Islamic State, some Mexican cartels and Central American maras are using social media to communicate directly with aspiring recruits around the world, and to market themselves.

They find many willing takers. Globalization has encouraged young people worldwide to aspire to conspicuous consumption. But with youth unemployment rates at historic highs, that is not easy. Organized crime, and the culture associated with it, offers a shortcut to find and project success. As a result, in Mexico narcocultura is ubiquitous. Elsewhere, “gangsta” culture has gone global.

Just as globalized transportation allows criminal groups to bring their illegal goods and services to foreign markets, it also allows them to bring foreign markets to them. If a state will legalize a good or service that is illegal elsewhere, and work with criminals to bring consumers to the party, both the state and the criminal organizers stand to reap the profits. This is the strategic logic behind the globalization of tax evasion. Hidden Power shows how the American mafia worked with political authorities in the US, Cuba, the Bahamas, and beyond to develop this model beginning in the 1930s. The Panama Papers and the 1MDB scandal have revealed that it has now gone worldwide.

Globalization has consequently served to entwine the interest of states, business, and organized crime in strange and unexpected ways. When the US government sought to fine the global bank HSBC for having laundered $881 million in Mexican drug cartel money, British Chancellor George Osborne stepped in, warning that the fine risked “global financial disaster.”

In some cases, as Hidden Power explores, this merging of interests becomes institutionalized. State capabilities and immunities become an asset for producing criminal wealth, while organized crime becomes a method of political rule. All of this points to a dangerous blurring of boundaries between legitimate statecraft and criminal strategy.

Unless measures are taken to bridle globalization, and to address these links between politics and crime, the hidden power of organized crime will only grow.

Dr. James Cockayne is Head of Office at United Nations University in New York and author of Hidden Power: The Strategic Logic of Organized Crime.

One Response to “Is Unbridled Globalization Creating Mafia States?”