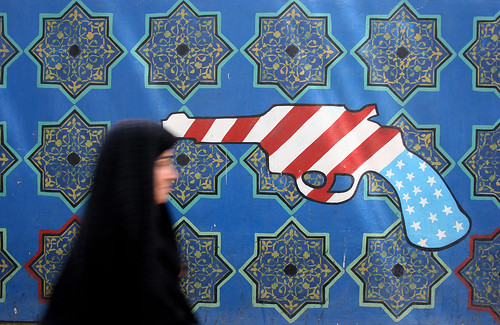 This article was originally published by the British American Security Information Council (BASIC) on 21 December 2014.

“Where you stand depends on where you sit” is an old maxim of politics. Where Iranians sit is on a lot of history that inclines them to resent and mistrust America and Britain, and mistrust in particular anything that would compromise their freedom of action. It’s a history of which we in the West are barely aware, but which determines in large part Iran’s view of the world.

The current talks between Iran and six other powers about Iran and nuclear weapon potential are mostly about technical capabilities. The history is rarely taken into account by the other participants. Yet it is a factor.

Iranians remember with chagrin that for a long time, outside powers decided what policies they should follow and who be their leader.

Iran was important to Europe, and particularly Britain, as a source of oil, and Britain dominated its politics. In World War Two it became important because of its strategic position also, and Britain and Russia occupied it. The British deposed Shah Reza Pahlavi and put his son on the throne. When they suspected that the Prime Minister, General Zahedi, was pro-German, a few special forces men marched him out of his office at pistol point.

For a people with a proud history and a monarchy dating back 2,500 years to Cyrus the Great, this was humiliating.

More was to come. In 1950 the elected Prime Minister, Mohammed Mossadeq, nationalised the Anglo-Iranian Oil Company, which dominated the Iranian economy, and sidelined the Shah. The Communist Party gained in popularity. In 1953 the CIA and the British Intelligence Service organised a coup, deposing Mossadeq and installing in his place General Zahedi, the man the British had turned out of the Prime Ministerial office ten years earlier. The Shah disposed of the constitution and ruled autocratically, backed by Savak, his feared secret police. He was a firm ally of the West.

With Savak suppressing any opposition, dissent was organised in the only place that they could not reach: the mosques. The revolution that overthrew the Western-backed Shah in 1979 was largely a religious movement, with scant concern for human rights. The Ayatollahs who took power declared a republic and denounced America as “the great Satan.” (President Bush was later to respond in similar quasi-religious terms in his 2002 State of the Union address, calling Iran part of an “axis of evil.”)

Religious fervour mingled with national pride and the anger from a sense of historical injustice, spurred the students who stormed the American Embassy and kept its staff hostage for 14 months.

Then Iraq invaded Iran in 1980, seeking to exploit the vulnerability of the newly revolutionary regime. For most of us the Iran-Iraq war exists only at the edge of our awareness, but it is central to Iranians’ experience. Most Iranian families lost a male member in that war. It went on for eight years and the country suffered three-quarters of a million dead, more than Britain or America lost in World War Two. America gave active support to Iraq, even when it drenched Iranian troops and Iranian villages with mustard gas.

Iran has always said it will not produce nuclear weapons, but outside powers demanded that it limit its civil nuclear activities and imposed economic sanctions. Under the pressure of these sanctions, Iran agreed to discuss its nuclear programme with other powers and accept limitations.

Its negotiating partners are the five permanent members of the UN Security Council plus Germany, usually called the P5+1. The argument is about what limitations it will accept and how far it will give up its nuclear independence. Given its history, its reluctance to accept more limitations and dependence on outside powers for nuclear fuel is understandable. (As is the anxiety in the West about Iran acquiring the capacity to build a nuclear bomb.)

The principal negotiator is Mohammad Javad Zarif, Foreign Minister answerable directly to President Rouhani. While Rouhani can be expected to concede as little as possible, he is a pragmatist who will not allow feelings of resentment over past history to determine his actions. But he has to take back an agreement that is acceptable to Iran’s religious leaders and to the public. Opponents of any agreement can always denounce it as a sell-out, allowing Western powers to make decisions on Iran’s future once again.

The argument is all about the capacity of Iran’s centrifuges to enrich uranium, which can be used to make fuel either for nuclear power plants or nuclear bombs. Iran’s one nuclear power plant, the first in the Middle East, was built by Russia, and Russia is committed to supply enriched uranium for it until 2021. So, the P5+1 say, Iran has no need to enrich its own uranium for now, and no need to build more centrifuges, or indeed to have any centrifuges at all.

The Iranians say that they want to be assured of a supply after 2021, all the more so as Russia plans to build more nuclear power plants in Iran. Others say Iran can buy enriched uranium on the international market, as most countries do, if Russia stops supplying it. This is low enriched uranium, which can be used for power plants and not to make bombs.

But Iran has had an unhappy experience in this area also. Its nuclear power programme was begun by the Shah, as part of his modernising programme. His Government negotiated a deal with Eurodif, an international consortium part owned by the Iranian government, to buy low enriched uranium from Europe. When the Shah was overthrown and the Ayatollahs came to power, Eurodif went back on the deal and refused to supply the uranium.

The deadline for the talks was set at November 24th, but it has been extended until June. Most commentators think they will reach an agreement before then or else give up. In the meantime, Iran will not build any more centrifuges, and the economic sanctions imposed on Iran will continue and will continue to hurt.

We in the West have our own concerns about Iran, the fanaticism of some of its religious leaders and its support for Hezbollah among them. But it is important to look also at Iran’s concerns and the history that supports them, if we are to reach a deal that benefits us all.

Norman Moss has worked as a sub-editor and reporter for Reuters and on the Paris edition of the Daily Mail and was a research associate at the Centre for Defence Studies, King’s College, London, researching climate change politics.