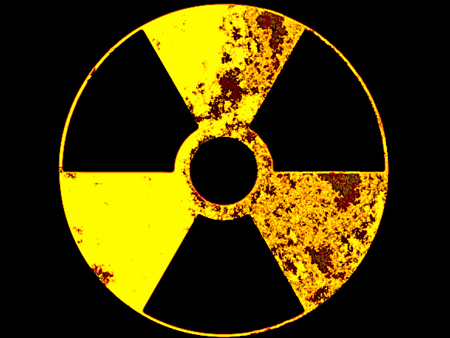 Speaking at a major event in New Delhi earlier this month, former Prime Minister of Malaysia Mahathir Mohamad alleged that India’s problem is its democracy. The country, he advised, would do better with less rather than more democracy. With hordes of protestors on hunger strike over the construction of India’s newest nuclear reactors at Koodankulam, one might not find it hard to second-guess the source of inspiration behind Dr Mahathir’s astute observation. Democracy, one might argue, has led to policy paralysis in modern India; nothing could be more illustrative of this than the now-rusting steel of Koodankulam. For a country which is the world’s fourth largest consumer of energy and heavily dependent on imports to satisfy its energy demands, nuclear energy seems to be the only way out of the perennial and potentially dangerous problem of energy insecurity.

Built at an exorbitant cost to the Indian exchequer (with help from our all-weather Russian friends), the Koodankulam reactors should already be operational. Instead, the reactors are at the center of controversies concerning safety and environmental issues. The population in the surrounding areas is vehemently boycotting the reactors being brought online, fearing drastic environmental degradation and potential loss of habitat if something goes wrong. While reservations were apparent right from the project’s conception fifteen years ago, the Fukushima nuclear accident has undoubtedly led to an intensification of resistance.

However, from a different perspective, the protests surrounding nuclear reactors in India symbolize the real dawning of democracy and not the mess of inaction for which democracy is otherwise blamed. India’s democratic experiment not only challenged the colonial mindset that natives cannot govern themselves but was also a fitting reply to the tyranny of a highly discriminatory internal social order: the caste system. The message conveyed was that democracy may be the best instrument available to manage ethnic and linguistic diversity. What Indian democracy could not challenge, however, was the co-option of science by the Indian state in furthering its hold on the Indian polity.

Science was used to validate the existence of the state and to construct a nation where previously there was none. The ‘temples of modern India’ – Nehru’s way of describing gigantic technological marvels – helped generate an almost religious following for the state, in a country which had just begun to embrace the path to modernity. Science created spectacles – huge hydro-electricity projects, nuclear power plants – in order to keep the populace in awe of the might of the Indian state.

With the projection of science as an instrument of state legitimacy, the Indian population were treated as naïve subjects who had no place in scientific decision-making. Modern India was in some respects more of a technocracy than a democracy. Moreover, as Partha Chatterjee has rightly argued, this strategic embrace of science by the state did not permit Indian science to simultaneously cater to the needs of the people; it was subsumed under the needs of the state. As India struggled with other powers in finding its place in the global pantheon of greatness, Indian science submerged itself in the complex technology of nuclear reactors and weapons.

Protests against nuclear energy are therefore helping unshackle Indian democracy from the chains of technocracy and a derivative idea of science. The holy grails of science and technology are being shattered by the globalization of knowledge: Protests against nuclear reactors in India are now based on an awareness of political rights as well as the debunking of claims regarding the safety and security of nuclear reactors made by the scientific bureaucracy. Technologists can no longer shield themselves from public scrutiny under the pretext of the ‘complexity’ of nuclear technology on the one hand and the ‘scientific illiteracy’ of the protestors on the other. But perhaps the most important feature of this dissemination of knowledge is that the authority of science in India is being questioned, as is the legitimacy of state-sponsored scientific projects. From here on, it seems that only democratic decision-making, transparency and the equal participation of citizens will restore the lost sanctity of the ‘temples of modern India’.

We can only hope that the high priests have received the message being conveyed by the women, children and men blockading the Koodankulam nuclear power plant!